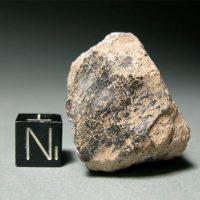 Space objects networking with collectors can lead to crime

Lately I’ve been thinking a lot about what my colleagues and I have termed “criminogenic collectables“: objects of compulsion and desire that, if you forgive the leap here, seem to cause some people to commit crimes or, rather, seem to be part of and participants in the licit and illicit networks that surround them. Just because I am calling a collectable “criminogenic” doesn’t mean that the people interacting with them will all commit crimes, rather that there is just something about the relationship people have with these objects and the influence that these objects have over people that seems to push some towards the illicit/illegal.

Over the past 10 days, I’ve been awake at all hours and have had little brain power for anything heavy or academic. Thankfully there have been a string of long form media features on items that I’d identify as criminogenic collectables in the popular press for me to read.

So in the next few blog entries, let’s take a look at some of these popular press articles. I’ll give them as much brain power that my sleep-deprived brain can manage. First, let’s start with the sky:

The Mad Scramble To Claim The World’s Most Coveted Meteorite

In 2007 a meteorite struck the highland border between Bolivia and Peru in an area of the world that I am quite familiar with, about 56 km from where I used to be when I used to be in Bolivia with some regularity, making the whole article a bit of an odd read for me. In the past, when I was in that part of the world, I was only thinking ancient and sacred art. Meteorites are new to me.

This article focused on the white males that want meteorite fragments and who are more than willing to break the law and (attempt) to fleece Indigenous people to do so. Though subtle, the article portrayed the Aymara of the area as exotic, superstitious and backwards, the white men as worldly and delightfully swashbuckling, and the authorities as corrupt. While the last is probably true, though in a much more complicated way than portrayed, the rest is problematic. Socially, I’m glad to see them drummed out of town: some white dudes profiting from their meteorite is about the last thing that the folks in that village need. Academically, I’m interested in what drives these white men to take great risks to illegally walk away with collectable space rocks.

My eyes were drawn to this paragraph (emphasis mine):

“What authorization do you have to operate here?” the officer asked abruptly.

“What kind of authorization do I need?” Farmer asked gamely.

Farmer was pretty certain Peru did not forbid their activity, but the legality of taking meteorites out of a country is often a question, and hunters are easily accused of smuggling. Ward sees meteorites as gifts to humankind, a scientific treasure for all, and yet the moment you pick them up they are converted into commerce. So it is a semi-licit or semi-illicit field, depending on your perspective. Antiquities laws don’t always apply to meteorites, but sometimes they are applied anyhow, and some countries have specific rules for space material while others don’t.

I thought: “I’m pretty certain Peru DOES forbid the taking of significant meteorite fragments”, and it took me a total of about two minutes to pinpoint why I thought that. Peru’s Ley General del Patrimonio Cultural de la Nación 28296 in section 1.2, among what the country recognises as movable “Cultural Heritage of the Nation”, is “Collections and singular examples of […] mineralogy”. As heritage of the nation, the significant meteorite bits are property of the nation and can’t be taken, bought, sold, or exported without government permission. I’m pretty sure that the men in this article knew that. I’m pretty surprised that the authors of the article didn’t look it up.

“He is also flat-out awed by space rocks as pieces of the tangible cosmos. “Here you are,” he says, “holding in your hand a piece of some planet that didn’t make it.” Sometimes Ward will stand in his collection room and let his mind wander to the eons compressed in those rocks, relics of a primordial time, the oldest of which predate the solar system itself. “Meteorite obsession,” he says, “is like a spiritual calling.””

“It’s a much deeper calling than a career,” he says. “It’s a God-given directive.”

The meteorite/human interaction here is experienced as primordial and spiritual. Collecting is experienced as divine mandate. The movement into criminal activity, then, is against the backdrop of a higher power than the law which the object radiates…requires. The thing itself is experienced as acting on the person. The person can’t or doesn’t resist.

Another of the meteorite hunters grew up near the Fort Apache reservation and collected ancient pottery as a child, converting to meteorites as an adult. Cross collecting different criminogenic collectables, or switching between them as the collector ages is something that I’m following up on. Also of note, the article states that meteorite hunting and going to rock shows is something that at least two of the three men involved did with their fathers. This is an interesting pattern that seems to crop up: people getting involved with collecting a potentially criminogenic collectable alongside a beloved family member during their childhood. I collected a lot of this when I was talking to fossil dealers last year.

Finally, to get it off my chest, for anyone familiar with the Peruvian/Bolivian Altiplano, this article was full of “urgh”. Get ready for some off-topic grumble!