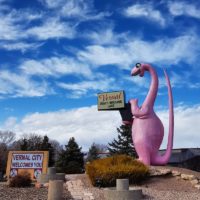 A €1.5 million grant is making it happen!

In a previous post I mentioned that I interviewed for a European Research Council (ERC) starting grant. I’m humbled, excited, and terrified to say that this application was successful, and I and my team have been awarded a full five years of funding to explore, well, antiquities and wildlife and dino bones and the like! You can access the full list of grantees this year here.

Yes, it’s more in-depth than “dinos-n-stuff” and once everything is finalised, I will post the full proposal here, but to shamelessly steal text from traffickingculture.org (not plagiarism because I wrote it…):

Donna’s 5 year project will explore the role that objects play within transnational criminal networks, exploring the broad question “can objects cause crimes?” Using methodologies for understanding the relationships between objects and people, and how networks form from these relationships, Yates and her team will follow the pathways of what they’ve termed “criminogenic collectables”: objects of desire and collecting that seem to, at times, inspire crime. Specifically, they will be looking at the movements of cultural objects, fossils, and collectable rare wildlife starting in the Americas, the South Pacific, and Africa.

Consider this a teaser, then, until I can share more.

On a different note, I’ve had a look at the ERC Starting Grant statistics document. There are several interesting bits of info in there, at least to me. Pardon the slight “bite the hand that feeds” tone here, but what am I here for if not to think about patterns in data, eh? Note that “female” and “male” are what the ERC uses and it is based on self-reporting so I’m stuck with that binary in this case; I don’t recall if they had another option than those two.

What’s the take away message here? The usual “funding is a mess and women miss out” probably, but to some extent the missing out is a bit self selecting. If grants are to be awarded based on the quality of the project rather than gender (correct way to do it), as long as way fewer women apply, way fewer women will get grants. The not applying is a bigger fish to fry, however. We women have a tendency to underestimate our ideas, our value, our abilities and to take less risk in applying for very risky funding. We are taught to do this by everyone, society, so much so that we don’t even notice. We don’t apply for promotion, we don’t exert ourselves, and, apparently, we don’t apply for ERC starting grants.

If anyone (female, male, neither, other) are thinking about applying for an ERC, don’t hesitate to get in touch. I can’t say I have much advice to give but I can offer what I have.