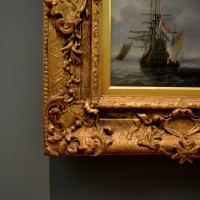 Find below a selection of media articles featuring my work. I both write for the popular press and am happy to provide information about topics related to my research areas.

Hobby Lobby’s $3 million smuggling case casts a cloud over the Museum of the Bible. The Washington Post. 6 Jul 2017.

Grave Robbers with Far-Right Links Could Be Stealing Ancestral Māori Skulls. Vice. 18 May 2017.

Will Victims of Nazi Art Thieves Finally Get Justice? The Daily Beast, 17 Sep 2016.

A Maya Codex Found in a Cave is Authentic, Researchers Say. Hyperallergic, 13 Sep 2016.

Controversial Maya Codex is the Real Deal After All. Gizmodo. 11 Sep 2016.

What is the Cost of Preserving the Past? Panellist. Newshour Extra, BBC World Service, 26 Aug 2016.

Bolivia’s president wants to use an indigenous calendar, but are his motives genuine? PRI’s The World. 4 Jul 2016.

Returning the hatchet: Governments are starting to return treasures to their neighbours. The Economist. 12 March.

Gang may have stolen antiquities for Chinese market, says expert. The Guardian. 1 March 2016.

Where it is safe to do so, cultural artefacts should be repatriated. The Economist. 23 February 2016.

In the frame for a cutting-edge course on art theft. Evening Times. 27 January 2016.

Framed: the new course that teaches you about art crime and antiquities trafficking. The Herald. 24 January 2016.

Tomb Raiding is a Growing Problem in the Middle East. Vice. 21 January 2016.

The Gods are still leaving. The Kathmandu Post. 9 January 2016.

Sold to the Highest Bidder: Antiquities as Cash Cows: The case of the AIA-St. Louis Society and the Treasure of Harageh. Biblical History Daily 4 February 2015.

The challenges of being a woman scientist in Lego. The Guardian 13 August 2014.

Cone-heads take to the street in Glasgow. The World: PRI November 2014

Why should a court decide the authenticity of a living artist’s work? Apollo. 26 Aug 2016.