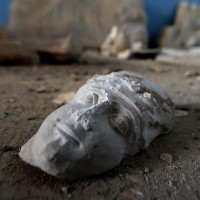 UNESCO Round Table: The movement of cultural property in 2016 at UNESCO, Paris, 30 March 2016
(3 April 2016)
Conference review. Trade-heavy and academic-light, but useful talks on the state of illicit antiquities play globally all staged in a late 1950s modernist pseudo utopia.

Waiting for Benin bronze from UK (Nigeria)
(30 March 2016; The Nation)
Concerning the possible return of the looted bronze from Cambridge, “This is a breakthrough and sign of good things to come,” said National Commission for Museums and Monuments Director-General Yussuf Abdallah Usman.

Diamond miner halted after digging on ancient archaeological site (South Africa)
(30 March 2016; BD Live)
A mine at Canteen Kopje outside Barkly West in the Northern Cape has been stopped by interdict for causing unknown damage to a large area of an archaeological site.

Delegado del INAH habla sobre el hallazgo en Altamura (Representative of the INAH speaks about the site in Altramura; Mexico)
(29 March 2016; Debate)
On looting and archaeology in the area

“El Señor de Sipán”: Un hito en la historia del Perú (“The Lord of Sipán”: a milestone in the history of Perú; Peru)
(30 March 2016; Periodista Digital)
A new film about the looting and then the saving of the spectacular Lord of Sipán tombs.

Theft of historic painting shakes parish in old gold-mining town (USA)
(28 March 2016; Catholic Philly)
The 200-year-old painting was stolen while the ceiling beams were being restored in this old New Mexico church

Yale Can Keep Van Gogh Masterpiece as Supreme Court Rejects Appeal (USA, Russia)
(28 March 2016; Bloomberg)
The Supreme Court has declined to hear a case that asserts that Van Gogh’s The Night Café was illegally seized during the Bolshevik revolution.

Thieves steal statue from Orphan Train Museum in Opelousas (USA)
(30 March 2016; KLFY)
Only the shoes of the piece were left behind making one wonder why this theft occurred.

Sotheby’s Defends Against Strange Claim on a Mysterious Motherwell (USA)
(1 April 2016; ArtNet News)
A bit hard to follow, but it seems the owner of a real Motherwell is suing the house for putting up and taking down a fake of their painting.

Man demands to know who’s buying his parents’ Nazi-looted art (USA)
(31 March 2016; The New York Post)
David Toren, one of the few people who has had a painting returned from the Gurlitt hoard.

Utes, Navajo seek monument to preserve canyon (USA)
(27 March 2016; The Cortez Journal)
“The Ute Mountain, Uintah and Ouray Utes, and Navajo, Hopi, and Zuni tribes have formed the Bears Ears Intertribal Coalition” to help work towards the preservation of Bear Ears from looting and development.

The Excruciating Legacy of NAGPRA (USA)
(31 March 2016; Indian Country Today)
“Forced to violate our own covenants to conform with Western jurisprudence, forced to engage in sacrilege.”

Special ceremony to mark return of valuable icons (Cyprus)
(30 March 2016; Cyprus Mail)
The pieces were in the church of Ayios Iacovos in Trikomo; they were looted following the Turkish invasion and identified in possession of a Switzerland-based art dealer.

Former managing director of the Centre Pompidou pleads guilty to misuse of public funds (France)
(1 April 2016; The Art Newspaper)
Agnès Saal spent €40k on taxis in a period of 10 months

Sekhemka to leave the UK as export licence deadline passes (UK, UAE, Egypt)
(1 April 2016; The Art Newspaper)
A matching offer was not made in time to prevent the statue, controversially auctioned by the Northampton Museum, to stay in the UK.

Priceless Indian Artefacts With Australia; Will They Ever Come Back Home? (Australia, India)
(27 March 2016; Swarajya)
Only a handful of the looted Indian antiquities in Australian museums have been returned.

NGA keeping mum on 1000-year-old Indian goddess statue (Australia, India)
(29 March 2016; The Australian)
There is indication that a photograph of the piece being looted or shortly after theft has been obtained.

AGNSW’s 1000-year-old Hindu goddess ‘may be illegal’ (Australia, India)
(2 April 2016; The Australian)
The piece was sold to the gallery by Nancy Weiner who has already been implicated for sale of looted antiquities in the US and Australia

Obsessing about past ‘wrongs’ is to miss the power of culture (Australia, UK)
(2 April 2016; The Guardian)
Tiffany Jenkins on not returning cultural property to it’s place of origin.

US museum returns ancient Hindu god statue to Cambodia (Cambodia, USA)
(28 March 2016; BBC News)
The Denver Art Museum has now given the the Rama back. It is in Cambodia with the rest of the Prasat Chen returns.

Four held; stolen idols recovered (India)
(30 March 2016; The Hindu)
The police were able to trace the ancient granite idols stolen in 2013 to Chennai and recovered them.

Idols stolen from streetside temple (India)
(30 March 2016; The Hindu)
They were taken from the Balasubramanian temple, Nammalwarpet.

Sirsi: Idol of Nandi stolen at Sirsi Temple. (India)
(30 March 2016; Sahil Online)
The Nandi had been stolen before and recovered.

3 panchaloha idols stolen from temple (India)
(30 March 2016; The Times of India)
The idols were taken from a Murugan temple near Ayanavaram, the first time this has happened in the area.

Stolen Durga idol returns to Valley after 25 years (India)
(30 March 2016; The Tribune)
The idol, returned from Germany, will be housed in the Srinagar’s Shri Pratap Singh Museum

Panchaloha idols seized (India)
(3 April 2016; The Hans India)
The 700-year-old pieces were taken on 15 March and were recovered following a police vehicle check at Pandurangapuram village.

After Wakatak era coins, probe report vanishes (India)
(31 March 2016; The Times of India)
About 200 coins were found ti be missing from the small museum at Nagpur University. Now the report about their theft is missing as well.

Many precious artefacts too missing from NU, says probe panel member (India)
(2 April 2016; The Times of India)
An anonymous panel member claims that of 900 registered artefacts that are registered to be at Nagpur University, only about 250 are actually there.

KP government introduces bill to protect, preserve antiquities (Pakistan)
(28 March 2016; Business Recorder)
This seems to be the same legislation from last year, they seem to still be working hard to push it through.

Family of deceased artist files suit over museum’s claims (South Korea)
(29 March 2016; Korea Times)
The family of artist Chun Kyung-ja has filed a suit against the National Museum of Modern and Contemporary Art saying they have fakes.

Unemployed Iraqis join in looting of antiquities (Iraq)
(28 March 2016; Al Monitor)
A failed media attempt to meet with looters, but some discussion about poor people digging.

After 25 years, German doctor returns rare, ancient coin to Israel (Israel, Germany)
(30 March 2016; Canadian Jewish News)
He found the coin, took it back to Germany, and is now doing the right thing (returning it).

First Pictures Of Palmyra As IS Driven Out (Syria)
(28 March 2016; Sky News)
Outlets are reporting that Palmyra is ‘better than expected’ but it is unclear what they mean by that.

Why Palmyra is a pawn in Assad’s game with the West (Syria)
(30 March 2016; DW)
A talk with archeologist Annie Sartre-Fauriat who questions the political use of Palmyra and the ethics of rebuilding.

ISIS ‘Department of Artifacts’ document exposes antique loot trade via Turkey (RT EXCLUSIVE) (Turkey, Syria)
(31 March 2016; RT)
I would proceed with caution before believing anything like this without independent verification.

Old law prevents preserving war sites (Bangladesh)
(18 March 2016; Prothom Alo)
The 1971 sites of torture and mass graves are too recent to be preserved under the law. Warning, very upsetting photos.

This Is Not a Banksy: BBC Radio 4 (UK)
(29 March 2016; Student Newspaper)
A Banksy on his bum? A fun radio play about art market weirdness.

Ancient boulder to stay after villagers threatened to chain themselves to it to prevent move (UK)
(30 March 2016; Mirror)
The Soulbury Boot will remain where it’s always been, kinda in the middle of the street.