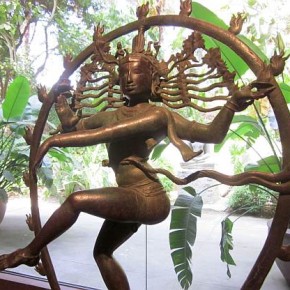 Why Museums Hate Ancient Coins
(23 May 2014, Coin Week)“To some archaeologists, the numismatist is a selfish collaborator with tomb robbers. To some numismatists, archaeologists are arrogant snobs, trying to outlaw private ownership of antiquities and deny poor finders in countries of origin a source of income”

Pics of looted Syrian artefacts being intentionally destroyed?
(19 May 2014, Anonymous Swiss Collector)
These images allegedly show members of an extremist group destroying Assyrian objects that they confiscated from looters.

Radical Islamists take hammer to Syrian artifacts
(22 May 2014, Times of Israel)
Another piece on the last story. No new info but some quotes from archaeologists saying the smashed pieces look real.

Court convicts Briton of smuggling Yemeni antiques
(21 May 2014, Saba news)
A UK national has been fined and deported following a conviction for the smuggling of 15 antiquities. He was picked up in Sana’a airport on 13 January 2014.

FM Ministry delivers 166 Artifacts to Iraq’s National Museum
(22 May 2014, Zawya)
These looted antiquities were returned from the US, Australia, Germany, Lebanon, Morocco, and Kuwait.

‘Jehoash Tablet’ returns to owner (Israel)
(21 May 2014, Haaretz)
Oded Golan, now-notorious antiquities dealer and flogger of the horrible James Ossuary, has this tablet and other antiquities returned to him after being cleared of forgery charges.

“Hell yes, it was smuggled”: Stolen Cambodian statue is not the first Norton Simon has returned (US)
(24 May 2014, Anonymous Swiss Collector)
Post about Norton Simon’s return of a smuggled Shiva in 1970 and questions if the museum should be acting like they just did Cambodia a favour.

For Tuxecan totem, a long road home from Hollywood (US)
(24 May 2014, Anchorage Daily News)
Native Alaskans working for the return of a totem pole taken by John Barrymore and once owned by Vincent Price.

Hyde Collection’s Rembrandt has colorful history (US)
(18 May 2014, PostStar)
Likely confiscated during the Bolshevik Revolution; vandalized and stolen from the Pushkin State Museum ten years later. Found in 1931 buried in a tin can.

When looters find lost cities: Site Q and Ixtontón (Guatemala)
(19 May 2014, Anonymous Swiss Collector)
Background on two ancient Maya cities that were discovered by looters long before archaeologists found them.

Buscan frenar saqueo de Noh-Kah (‘Seeking to curb the looting of Noh-Kah’, Mexico)
(21 May 2014, Por Esto Quintana Roo)
The Maya site of Noh-Kah on the Mexico/Belize border is being looted and animals are being poached in the protected area. Locals are asking for guards which, they think, will cut down on the looting.

‘Naia’, el esqueleto más antiguo de América, plantea enormes retos (‘Naia, the oldest American skeleton, poses enormous challenges’; Mexico)
(20 May 2014, Efe: futuro)
Mexico sees the discovery of the oldest and most complete skeleton in the Americas is a good opportunity to raise awareness about the need to protect underwater sites from looting.

Roban filmación sobre Calakmul y Jaina (‘Robbery of film of Calakmul and Jaina’; Mexico)
(19 May 2014, Cronica)
Wow! Mexico is essentially arguing that film taken in 2012 of the sites of Calakmul and Jaina are cultural property of the nation and any agreement for filming was not a transfer of rights; say that the film has, in essence, be looted and trafficked. What a weird case!

A cuidar el patrimonio cultural (‘Taking Care of Cultural Heritage, Nicaragua)
(20 May 2014, La Prensa)
Nicaraguan heritage professionals are joining forces to take an aggressive stand against the looting and trafficking of cultural objects. Police chief of the region says that since 2010 they have recovered 15,487 archaeological pieces.

Authorities Find Pre-Inca Site in Northern Piura Region (Peru)
(20 May 2014, Peruvian Times)
Sadly, looters have already been at work in the area ‘destroying the pre-Inca sites in search of artifacts to sell on the lucrative antiquities market.’

Peru’s Royal Wari Tomb
(‘June’ 2014, National Geographic)
One of the few tombs that WASN’T robbed at this site. Amazing find!

Five stolen Egyptian artefacts located in Europe
(24 May 2014, Ahram Online)
Archaeologically excavated pieces that were stolen in 2002 on display in a Romanian museum under a false provenance. Two others for sale in Paris.

Egyptian artefacts recovered after looting, now on show in Cairo
(22 May 2014, The Art Newspaper)
More on the exhibition of 200 artefacts stolen during the 2011 revolution now, recovered and now presented to the public.

Seven gilded Buddhist deities stolen from Erdenezuu Museum (Mongolia)
(20 May 2014, UB Post)
Although the cases were alarmed and there are 24 hour security guards, 7 pieces were stolen, 3 of which date to the 17th century and are considered unparalleled in Mongolia.

Champion of Chinese art … or villain?
(22 May 2014, Gulf News)
Was C.T. Loo the 20th century’s top dealer of Chinese ancient art or a criminal who sold away China’s cultural patrimony?

Thousands of Fake Artifacts Force Closure of Chinese Museum
(23 May 2014, ArtNet News)
It has been discovered that a 3rd of the 8,000 artefacts in the Lucheng Museum in Liaoning. The media is saying that this is on purpose: that this and other fake museums exist for monetary gain.

The relics of Koh Ker (Cambodia)
(23 May 2014, The Phnom Penh Post
A clear recap of the Koh Ker/Prasat Chen statue story with quotes from Tess Davis.

Statue Doesn’t Appear to Be Looted, Museum Says (Cambodia)
(20 May 2014, New York Times)
The Cleveland Museum of Art claims that its obviously-looted Hanuman statue did not come from the Prasat Chen temple complex in Cambodia based off of one trip made by their curator. This is about the least archaeologically sound statement I have heard come from a museum in a while. How can they rule ANY location out? Unless they know for a fact it was looted from another temple of course…

Retour au Cambodge de deux statues khmères millénaires (‘Back to Cambodia for two ancient Khmer Statues’)
(16 May 2014, Géopolis)
More on the return of statues looted from Koh Ker. Just thought some readers might like it in French.

Norton Simon’s ‘Temple Wrestler’ statue heading home to Cambodia
(21 May 2014, Los Angeles Times)
Thursday was the last day this looted statue was on display in California. It is finally heading home.

Tomb Raiders and Returns: Recovering Cambodian Antiquities and Our Collective Culture
(23 May 2014, The Huffington Post)
Mark Vlasic offers a short round up of Cambodia return news.

Stolen idols spotted in foreign museums (India)
(21 May 2014, The Hindu)
Tamil Nadu police’s Idol Wing is seeking help from the Archaeological Survey of India to try to find the original locations of four idols in foreign museums but thought to have been stolen from Tamil Nadu.

Ancient coins trove seized (Pakistan)
(22 May 2014, The News)
Pakistani customs impounded 2,210 mediaeval and ancient coins in the Islamabad airport in the posession of a Pakistan national on his way to China.

‘It’s an easy target for thieves’ – paving slabs stolen from abandoned Church Farm House Museum in Hendon (UK)
(20 May 2014, Times)
York stone paving stones are hot on the illicit market. These were stolen from the Church Farm House museum which has been closed since 2011. The whole situation with the former museum seems super bad.

Viking hoard is saved after huge fund-raising campaign (UK)
(21 May 2014, The Northern Echo)
A little slice of English law for those outside of the UK. Because these items were found by a metal detectorist, they had to be valued then paid for if they were to be kept in a museum.

‘As a treasure hunter, you dream of something like this happening’ (UK)
(25 May 2014, The Telegraph)
Reporter, yet again, fails to understand the problems caused by metal detecting as a ‘hobby’. I doubt they called a single archaeologist.

Violin found 16 years after theft could be a Stradivarius (Canada)
(22 May 2014, Toronto Sun)
Recovered in Montreal after being stolen in 1998, owner believes that one is an authentic 1685 Strad.

Mozart Manuscript Smuggled Away From Nazis Sells Big at Sotheby’s
(21 May 2014, Artnet News)
German Jew, preparing to flee Nazi rule, purchases the piece and smuggled it to South America. A vessel carrying the title page was torpedoed and sank!