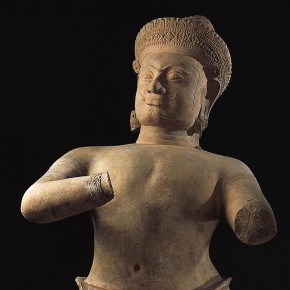 Collector spent $16mil over 2 years mostly on smuggled Asian antiquities. Why does the museum say their hands are clean?

I am relieved by recent news that the Norton Simon Museum in Pasadena, California, has agreed to return a mutilated, but still beautiful, stolen statue to Cambodia. The piece is one of a group of related statues that were looted from the Prasat Chen shrine at the site of Koh Ker in or around 1972 due to insecurity (to say the least!) caused by the Khmer Rouge. Statues in this assemblage once held by the Metropolitan Museum of Art, Christie’s auction house, and Sotheby’s auction house have been returned. Efforts to repatriate related statues (currently in the possession of the Cleveland Museum of Art and the Denver Art Museum) have been met with either uncommitted statements or cool opposition.

Commentators who are more informed than I am have written extensively about the Koh Ker case, and I won’t encumber you with my own inadequate rehashing. Yet I feel there is something odd about a statement made by Luis Li, an attorney for the Norton Simon Museum: 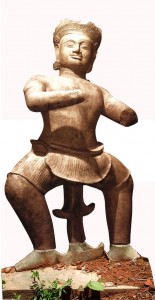 “While there are extremely strong legal arguments for why we could defeat a claim, and while the Cambodian law is ambiguous at best, in this circumstance it seems appropriate and in keeping with the positive relationship the Norton Simon has had with Cambodia over the years to gift the statue to them”

In other words, the Norton Simon museum believes they have done nothing wrong, that they have the statue legally, and that they are being nice to poor Cambodia by giving them this statue as a gift.

The case of the (other) stolen Shiva

The 1972 purchase of the Nataraja statue is very important to this story. The piece resembles a looted Nataraja which is at the heart of a major scandal at the National Gallery of Australia. It, too, was looted, trafficked, sold to a Western collector and, ultimately, returned. 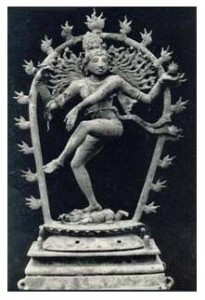 The Sivapuram Nataraja that Norton Simon returned to India. Image via the Idol Wing of the Tamil Nadu police.

The Nataraja was uncovered by a villager in Sivapuram, Tanjore, Tamil Nadu in 1951/52 and reported to proper authorities. A district court ruled that the holy relic should be housed locally (although ownership was vested in the State) and it was placed in the Temple of Sivagurunathswamy. In 1956 a professional craftsman was hired to restore the piece and it appears as if he made a copy. Sometime between 1956 and 1965 the temple was robbed and the real Nataraga was replaced with the reproduction. In 1965, Douglas Barrett of the British museum declared the piece on display in the temple to be a fake. 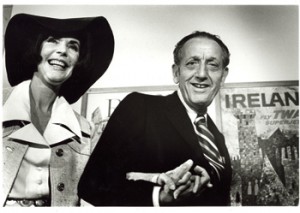 By 1967 the real Nataraja was in the possession of Boman Behram, a Bombay-based collector and dealer of Indian artefacts.  According to the New York Times, NYC-based antiquities dealer Ben Heller saw the piece in Behram’s collection, paid $500K for it, and shipped to the US. Heller then sold it to Simon for a reported $900K in 1972. The story broke in 1973 when it was announced the piece would be displayed in the Metropolitan Museum of Art. The Indian Government filed suit in Los Angeles, meanwhile the statue had been shipped to the British Museum for restoration. Eventually, because of pressure from the Indian Government, the Nataraja was impounded by Scotland Yard. In 1976 the case was settled out of court and the statue was returned.

The Sivapuram Nataraja is now in a safe-vault in the Kapaleeswara temple, Mylapore, Chennai.

When asked by the New York Times if the piece was smuggled, Simon replied:

Simon would later deny he said this. I leave it to you, readers, to make your own call, but I choose to put my trust in both the New York Times reporter and the New York Times fact checking department over post-dated statements made by a man who was willing to pay $900K in 1972 for a stolen statue, no questions asked. Daryl Islay, then-curator of the Norton Simon collection, was quoted in the New York Post as saying that Simon:

“He’s acquired some fabulous pieces that were never before available that just suddenly became available.”

Thus Simon was buying antiquities that appeared on the market out of nowhere, with no history. These were not pieces from old family collections.

If Simon was spending $16 million in 1971/1972 to buy what he admitted were smuggled Asian pieces that suddenly became available, had he cleaned up his act when he purchased the piece from Prasat Chen? It doesn’t appear so. The Prasat Chen statue had no legitimate history and had obviously been looted and smuggled out of a war zone. But Simon purchased it anyway.

Judging from his questionable collecting history, as related by Norton Simon himself, I’m disappointed that the museum’s lawyers are affecting an ‘out of the goodness of our hearts’ tone. It positions the museum in a paternalistic role over ‘poor little’ Cambodia which is improper and unfair. They have held a piece of stolen Cambodian property for years. To claim benevolence simply because a court didn’t order the museum to return the statue seems disingenuous and undignified.

1. The Norton Simon Museum seems to have at least four other Natarajas (aside from the one that was returned) that are all originally from Tamil Nadu. One acquired in 1973, one in 1974, one in 1975, and another with an unknown acquisition date. For a cool $195 you can buy a small brass reproduction of a Nataraja in their gift shop.

2. The websites of the Idol Wing of the Tamil Nadu Police and the Art Law Center at the University of Geneva both offer good articles on the Norton Simon Shiva return. See: http://www.tneow.gov.in/IDOL/judgement.html and https://plone.unige.ch/art-adr/cases-affaires/nataraja-idol-2013-india-and-norton-simon-foundation-1