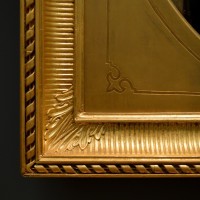 I am always interested in publication possibilities and I peer review on topics within my focus and interest areas.

What is Grey About the ‘Grey Market’ in Antiquities. In The Architecture of Illegal Markets: Towards an Economic Sociology of Illegality in the Economy, J. Beckert and M. Dewey (eds). Oxford: Oxford University Press. (with Simon Mackenzie; 2017)

The Cultural Capitalists: notes on the ongoing reconfiguration of trafficking culture in Asia. Crime, Media, Culture. Prepublication. (with Simon Mackenzie and Emiline Smith; 2017).

Collectors on illicit collecting: higher loyalties and other techniques of neutralization in the unlawful collecting of rare and precious orchids and antiquities. Theoretical Criminology. 20(3): 340–357. (with Simon Mackenzie; 2016)

Value and doubt: the persuasive power of ‘authenticity’ in the antiquities market. PARSE: Platform for Artistic Work Sweden 2: 71–84.

Church theft, insecurity, and community justice: the reality of source-end regulation of the market for illicit Bolivian cultural objects. European Journal on Criminal Policy and Research 20 (4): 445–457. (2014)

Publication as Preservation: A Remote Maya Site in the Early 20th Century. In From Plunder to Preservation: Britain and the Heritage of Empire, 1800–1950, A. Swenson and P. Mandler (eds). Proceedings of the British Academy, Oxford University Press, pp. 217–239. (20130

The Theft of Cultural Property in Bolivia: the absence of metal detectors. Arqueología Publica 3. (2013)

Archaeology and Autonomies: The Legal Framework of Heritage Management in a New Bolivia. The International Journal of Cultural Property 18(3): 291–307. (2011)

I have written quite a few entries for the Trafficking Culture Encyclopedia. Some of my favourites: