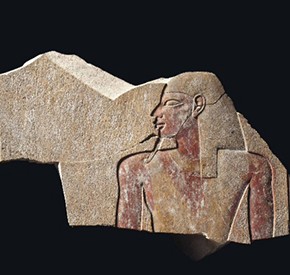 Hot this week: A shameful slap on the wrist for a UK smuggler

I am experimenting with a new format that has just a bit of article description and, hopefully, not too much commentary. I figure if I am going to read all of these anyway, I might as well cut down on the work y’all need to do to find what you are interested in. If you love it or hate it, let me know. I’m not sure it is sustainable, especially when I am traveling (which is often).

In Defence of the Antiquities Trade

(20 April 2014, Grotesque Stone Idols)
Why is the Easter Week the traditional time of ancient tomb robbing in Peru? There is a popular legend that says artefacts come very close to the surface. A blog put by yours truly.

(Peru, Spanish) (19 April 2014, Entorno Inteligente)
Archaeologist Walter Alva, famous for the protection of the Sipán tombs from further looting, says that he sees a reduction in traditional Easter Week looting in Peru. I cover what he says in English on my blog.

(Bolivia; Spanish) (17 April 2014, Opinión)
Opinion piece that asserts that Bolivia has neglected its cultural resources (I disagree) and this has led to looting and destruction. It is in support of new heritage legislation that is being debated in congress. I am broadly in support of what I have seen of this new law but I think it needs a provision for a singular point of contract within police/enforcement. Other countries have this.

(Argentina) (13 April 2014, La Nueva)
Argentina is making a division within their Interpol wing that is specifically tasked with combating crime that involves objects of cultural heritage. It will be fronted by Marcelo El Haibe who is well-known for working in this area. Such a unit already existed but this both consolidates the operations and gives them more structure and resource.

(16 April 2014, New Haven Independent)
Two carvings taken from a Tlingit village in Alaska in 1899 by members of the Harriman expedition. This is based off of academic research, tribe has not yet asked for these items.

(14 April 2014, Art Media Agency)
I can’t say that I fully understand the implications of this, but people are up in arms. Now those who wish to sue over the sale of fake art “must produce an expert capable of examining the work both prior to sale and after the dispute, and who can testify that it is the same work as the one which is sold”. This will be both costly and difficult because it forces experts to take risks in declaring objects fake or real shifting due diligence off the seller.

(USA) (18 April 2014, The Ranger)
Upon being let go, this museum director allegedly stole various types of interpretive material, files, and computer files, some off the museum displays. Did not steal any artefacts but allegedly told people that these were her ideas and the museum couldn’t have them. An interesting twist on the idea of cultural property theft…intellectual museum property theft?

(Ecuador) (17 April 2014, Fox News Latino)
Translated article coming out of the Ecuadorian press. It is true there is an illicit antiquities problem in Ecuador but I seriously question the numbers in this article. Also it inaccurately reports that Los Negros de Esmeraldas was stolen…a fake of the painting was stolen. See my response below.

(Ecuador) (18 April 2014, Anonymous Swiss Collector)
My response to the previous article concerning the alleged theft of a famous painting that was never stolen.

(Philippines) (14 April 2014, Philippine Daily Inquirer)
I’ve seen the sale of Filipino church items online alongside Latin American ones. I am glad this is getting some press.

(Australia) (15 April 2014, ABC)
Interesting story about how Napoleon objects were in Australia at all, and how they were stolen in a targeted theft.

Waiting for the Nataraja

(17 April 2014, The Hindu)
Australian government may take a decision as early as next week on returning to India a bronze Nataraja stolen from a temple.

(14 April 2014, The Global Post)
This set of historic national seals seems was looted by American soldiers during the Korean War, as were other items that might be going back to Korea with Obama.

(Indonesia) (16 April 2014, The Jakarta Post)
After several thefts over several years, this museum in central Java got modern security systems, however concern for the safety of the collection remains. In one theft, thieves stole to order for a businessman, even going so far as to put fakes of the items in the museum display. Replacement with replicas seems to be the M.O. for thefts from this museum. Pretty shocking.

(18 April 2014, Al-Arabiya)
A group of Jewish wooden and silver items were seized in Damietta on their way to Belgium. Unclear where they came from as they are not registered but appear to be taken from a synagog.

(16 April 2014, Daily Sabah)
Husband had two amphora stolen from the Bodrum shipwreck in 1965. Widow returned them to the Turkish embassy in D.C.

(Turkey) (17 April 2014, Hurriyet Daily News)
Statue of Demeter found in Kütahya’s Simav district by two men who have been arrested. Head of statue found in another location. Altar of the statue also in the looters’ possession.

Meet a couple who are saving cultural heritage, and lives, in the Middle East

(17 April 2014, The Age)
Profile of Diane Siebrandt and Benjamin Isakhan mostly about Iraq. I admit I know nothing about this project.

Warning over of Syrian loot: UK exporters told they could be breaking law by handling looted artefacts

(18 April 2014, The Art Newspaper)
Arts Council England has sent a letter advising exporters of this. Should be obvious but, why not?

Centenary of the Victor: The tomb raiders

(16 April 2014, Arab News)
We’ve been hearing more about Saudi Arabia lately, both as a place where people collect illicit antiquities and more recently as a place that is dealing with their own looting and trafficking problems. It sort of changes the outside narrative people have of Saudi. Interestingly, the items being returned were in the possession of US citizens who used to work for a Saudi oil company.

(UK) (16 April 2014, ITV)
These are the people who allegedly stole Chinese antiquities from six UK museums and auction houses including the Fitzwilliam in what seemed like a very strange crime spree at the time.

(15 April 2014, Ahram Online)
A shameful slap on the wrist for a man who knowingly tried to flog Egyptian antiquities stolen during the 2011 revolution. Neil Kingsbury lied directly to Christies, providing a totally false provenance, to sell stolen goods and all the UK does is give him a fine that costs less than his plane ticket to Egypt. Egyptians should be mad. Britons should be ashamed.

Stolen art cannot be brushed over, so sign the UK up to the Hague convention

(15 April 2014, The Guardian)
A welcome call for the UK to ratify The Hague convention for the protection of cultural property in the event of armed conflict. I bet most in the UK would assume they had…

(16 April 2014, The Greek Reporter)
An interesting ‘what-if’ story but very one sided reporting with no consultation with art/Van Gogh experts. As we know Van Gogh was no secretive about what he was painting at any given time, he was very chatty with his brother about it all. I don’t know how much room there is for truly unknown Van Goghs.

(16 April 2014, Dalje)
Croatia believes that the return of cultural property should be a part of negotiations on EU membership, even items stolen before 1993. Cites items taken from Croatian museums in 1991–1995. Many returned pre-2008, but only 100 post 2008. Specifically this is targeted at Serbia’s EU candidacy.

(14 April 2014, BBC News)
Sale of around 40 objects seized from Hitler’s home was called off after the intervention of a variety of groups. Interestingly, French government got involved and “referred to France’s official ban on the public display of objects linked to Nazi ideology”.

(14 April 2014, ArtNet)
Seventy-eight missing paintings by Hanna Waynerowksa have been found in Santa Rosa. They were left to a Polish museum in Switzerland in her will but her family did not turn the paintings over due to high shipping cost and emotional attachment.

Vision of Home: Repatriated Works Back in Their Countries of Origin

(17 April 2014, New York Times)
Mostly about returns to Sicily, especially Morgantina, but other sites mentioned as well. The quote James Cuno in an interesting way and his true views of the situation don’t really come out. He also uses the term ‘nation-state’ incorrectly but everyone does that.

(14 April 2014, Reuters)
Sounds like quite a massive amount of stuff, although I imagine they are getting their numbers by counting every bead of the necklaces.