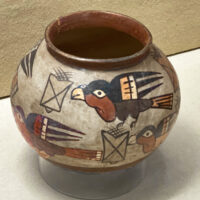 After a decade of using it for networking, I no longer believe it is the right place for me

In October, my Twitter account will turn 10 years old. I initially created the account after a university-sponsored event on networking/publicising one’s research results. The name of the account (my name with Dr), using a photo of me, and having a catchy bio were all things recommended by this training event and I left the event feeling like I needed Twitter for my job. In many ways, I did.

I was on a series of non-permanent fixed-term contracts for the first five or six years of my post-PhD academic career. This is sadly very common and I can and have said a lot about the system that creates this situation. However I bring it up because I created my Twitter account in year 1 of a 5/6 year span of instability and fear where I was worried about my career future every single day. I felt, correctly I think, that I had to have an iron in every fire and a well-developed strategy on every front if I wanted to stay employed, and one of those fronts was creating a public face and a public buzz about my research and expertise. Twitter was perfect for this at the time and it served as a linkage point between my academic work, this blog, the discourses I wanted to engage in, and the wider community of academics, researchers, journalists, policy makers, and other interested parties. I was good at doing this and it worked. I don’t think I would have gotten a permanent job in the end without it. That said, I was only offered a permanent job with my (now former) employer university because another university offered me a job. Way to make someone feel valued.

It isn’t new or clever to say Twitter turned dark, we all know it did. As the platform became unbearable, I stopped recommending making a Twitter account at the I’ve-come-full-circle training events that I was asked to do for early career researchers. I started emphasising alternative ways to enrich and promote research results, going so far to say that I found Twitter problematic but unavoidable. In June of 2018, when I was super pregnant, I decided to go on a Twitter hiatus for my own mental health. The emotional drain of it all was too much for me. That hiatus continued quite some time, and although I dip into Twitter every now and then, I haven’t had any Twitter apps installed on any device since 2018 and I regularly don’t look at it for days or even weeks at a time. Some people, but not all people, have realised it isn’t a way to reach me. It’s a sort of quiet retreat.

Lately, in no small part due to all this Elon Musk horribleness, I’ve been thinking about if I can just extract myself from the platform. I always come to the conclusion that it isn’t really possible, that I am obligated by my job to have some sort of public face and, with all its problems and issues, Twitter is still a collection of parties who have self selected their interest in the research I promote and share. I feel stuck there. But in the past few weeks it has occurred to me that I can extract *myself* from the platform while still retaining the announcement capabilities. My twitter account does not need to be *me* anymore.

What do I mean by that? Well from now on my twitter account will only tweet news and updates about my project and publications, the projects and publications of colleagues, and notifications of my and other events. Tweets *will* be endorsements. They will also not be personal. My account will not respond to private messages. It will not engage in conversations beyond clarification of details. It will not weigh in. It’ll be pure business. Essentially, it will be a mirror of my LinkedIn posts. LinkedIn is a whole ‘nuther bucket of problems, but the feed on there about my topics of interest is very active and everything in it is professional. There’s no stress there at all. It isn’t upsetting. It’s just the job. I will be on Twitter and LinkedIn to connect people to information that I am part of or that I promote/endorse. That is all.

So I’m out. My public communications on research will all be deliberate, via publications or this blog. Whatever positive or whatever negative is on Twitter from now on, I won’t see it. If anyone would like to get in touch with me about anything, I ask that they email me.

This is part of a larger plan of extracting myself from public facing activities that don’t either give me pleasure or advance my career goals. I don’t want to be in the spotlight and I am a lot less ambitious than my “public face” lets on. All of that was something I felt forced to do to end my job insecurity. Now that I am much more secure I can join the ranks of the scholars who have the luxury of focusing on research and teaching coupled with family and social life. It IS a luxury, as well as a relief. I really don’t have to do the extra anymore and I am not going to.

Those who want to keep ties, I would love to hear from you via email, video chat, or in person. You all know where to find me if you need or want me.