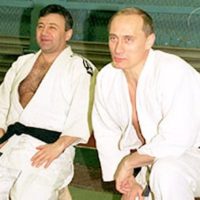 Judoligarchs! Money is laundered via art and the market needs much more regulation

The Art Industry and U.S. Policies that Undermine Sanctions
by: Permanent Subcommittee on Investigations
2020, U.S. Senate

Everyone has been talking about money laundering (ML) through art sales. Yesterday they were talking about it, today they are talking about it, and tomorrow they will be talking about it. Why? Because anyone with an inch of understanding of how the art market operates can see how it would be vulnerable to this type of crime. Bad news: we don’t have a lot of detailed cases of ML via art to consider which, at times, makes some of us question if this type of crime really exists. Worse news: we MAY not have a lot of art ML cases to hand because laundering via art is effective. It may be nearly impossible to detect due to the very quirks of the art market that make it vulnerable to ML in the first place. Worst news: the art market is REALLY good at avoiding regulation.

This report, prepared for the United States Senate, provides a well-investigated major case of ML through several of the world’s top auction houses. The case was “broken” via the Panama Papers rather than any internal checks conducted by the auction houses or their financial institutions, and shows tens of millions of US dollars flowing in to several auction houses and coming out again as extremely high value art. The money is shown to have likely originated with a pair of Russian oligarchs who, no lie, were Vladimir Putin’s childhood judo buddies. I’ll call them the “judoligarchs”. The men are on the US Government’s sanctions list meaning that no American person or business can transact with them, and yet these fellas (or their shell corps) now have piles of the most expensive art possible, all very specifically bought on US soil from US companies, handled by a representative who is a US citizen.

The authors of this report not only engaged in various forms of forensic accounting on the shell corporations set up to shield the identity of the sanctioned Russian collectors, they took a deep dive into the four top auction houses themselves (Sotheby’s, Christies’s, Phillips, Bonhams). They reviewed the houses’ internal Anti Money Laundering (AML) practices, and interviewing key employees in their compliance offices, as well as people who worked directly on sales involving these clients. The results were quite damning for the auction houses, who make a show of voluntarily engaging in AML practices that they are not required by law to do, but who in reality often let things slide, make exceptions if there is a large amount of money involved, or employ strict definitions of who exactly is their “customer”.

The auction houses looked so bad that the number 1 recommendation put forward to Congress (see page 14) is: “Congress should amend the Bank Secrecy Act to add businesses handing transactions involving high-value art”. In other words, the first thing we need to do is to regulate this crazy market.

You really should read through the report if you have time, or at least skim it. On page 10 they have a handy breakdown of all the facts and findings that a reader should care about (we should certainly do this for our academic papers), which are followed by recommendations. You’ll get a good feel if you read just that, but I found the rest of the report completely fascinating and worth my time. Before I didn’t even quite know how one would launder money via art. Now I do.

I want to focus in on the actions of the auction houses and this is where the report comes closest to my areas of research interest. My colleagues and I have been chatting about the idea of creative compliance for a long time, which is more or less conforming to the letter of a rule while breaking its spirit. The actions of the auctions houses smell of such creative compliance. I don’t doubt the sincere intentions of the houses’ compliance departments, but with the tools they have they were unable to break through two pillars that hold up the art market: opacity and money.

In this case, to distil it down to the basics, a US citizen (we’ll call him “the agent”) bought multi-million dollar paintings and some photographs for these two Russian judoligarch Putin pals. Because the the agent made the purchase himself, with funds from an Estonian bank account in his name (no one involved in this is Estonian..), and because title to the artworks were transferred from the seller to the agent (not to the judoligarchs), the auction houses treated the agent as their client. They didn’t ask how the agent got that kind of money (it was transferred to his account from accounts linked to a series of shell corporations), and they didn’t ask who he was buying for (those judoligarchs). All that mattered was that the agent was the one making the purchase and was the one receiving the paintings, and thus it was only he that the auction houses considered to be their client. The auction houses said that it really isn’t their business what buyers do with paintings after they are sold, and it isn’t their business to check to see if funds from someone’s bank account came from judoligarchs.

To maybe put this just a bit too simply, then, anyone who wishes to launder money via extremely valuable fine art just has to get some front-person to do the buying for them. They take a risk putting money into that person’s bank account and another risk by letting that person have initial title to the artworks, but if they have a dependable proxy on their hands, the proxy is likely to transfer ownership of the purchased paintings without a fuss. The report compliers found that this agent was paid at least $9500 a month, totalling well north of $1mil for his art buying services which is enough to make many possible proxies loyal.

The agent was considered by the auction houses to be a top client. One of the houses even assigned class numbers to buyers, rating them from 1 to 9, and the agent was in class 1 based on the kind of money he was spending and, it seems, on the kind of people they auction house knew he represented. Class 1 means he is wined, dined, actively courted, has his own special client manager, etc. etc. At various points the auction house’s compliance offices tried to get more details about the agent and the real owners of the shell companies that he was bidding on behalf of. Yet time and again he was given a pass and was not kept from bidding and spending money. Emails from the client manager to the compliance department consisted of, to sum it up, ‘I know you are asking for AML stuff, but he really really has a lot of money and we want him to spend it here, so can we just knock it of'”. The response was a mostly a ‘well okay, but next time…’.

At one point the authors of the report make it clear that they believe that an auction house client manager was lying to them. That manager had told the auction house that this agent bought on behalf of, specifically, the judoligarchs, and told them so before the sanctions were put in place. That same auction house employee told the Senate researchers that she had just made that up to impress her boss…coincidentally picking the names of two random Russians who that agent WAS actually buying for. Yeah right.

The money that the agent commanded meant that the auction houses’ internal and voluntary AML procedures were bent, modified, or ignored because there was no external mandate to follow them. Judoligarch dollars are still green, and the auction houses want that green. Voluntary self-regulation is weak. When there is little benefit for self regulating, it falls apart.

But, you might say, really how can an auction house be expected to follow up on what happens before someone becomes a buyer and after they’ve bought the thing. Well think of it this way. When I purchased a flat in the UK, I had to show the source of any funds I was using to pay for the place that had not been in my bank account for quite a few months (3? 6? I don’t quite remember). I was transferring money from multiple over seas accounts to pay for this (my partner and I are both citizens of different other countries) and some of the money was a gift from a family member. I had to provide documentation tracing all of this, including written signed statements from my family member, as well as screen shots of the money leaving their account, entering my non-UK bank account, leaving that account, and entering my UK bank account. To complete the high value transaction, those I was transacting with had to know where the money in my account came from.

Yet, for art transactions that are an order of magnitude bigger than the purchase of my little flat, conducted by people who everyone involved knows are likely to be linked with judoligarchs, there’s no check. The money comes from the agent’s account, the painting’s title is assigned to the agent. The auction house is done with the matter. BUT IT DOESN’T HAVE TO BE LIKE THAT.

And that is where recommendation number 1 comes in. Including large art transactions in the Bank Secrecy Act (BSA) would force auction houses and other dealers to get real about AML. No longer would they be able to bend the rules of their own voluntary self-policing, but they would be compelled to do the kind of compliance work that such high-value transactions require. Including art transactions in the BSA would be a clear acknowledgement of both the extremely high monetary value of art in our current market, but also would be a blow to the culture of secrecy that the art market casually transacts upon. If auction houses and art dealers are really forced to know their customers, we might see all sorts of other benefits from transparency. Provenance, friends, provenance.