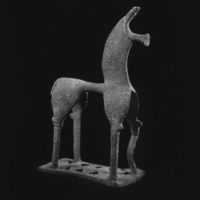 A Painting Stolen From a Belgian Church Last Week Might Have Been by Michelangelo (Belgium)
(15 January 2019; ArtNet News)

The Books Stolen by the Nazis That Made It Back to the Jewish Victims’ Heirs (Germany)
(20 January 2019; Haaretz)

Art detective urges British council to hand back Renoir masterpiece to family of Jewish original owners who were ‘forced to sell it in Nazi Germany’ (UK)
(16 January 2019; The Daily Mail)

The UK’s past means disputes over its museum contents are inevitable (UK, Egypt)
(18 January 2019; Holyrood)

Will they be returned? National Museum of Scotland to reach decision on return of Beothuk remains to Newfoundland (UK, Canada)
(20 January 2019; The Herald)

The Race for the Next Dead Sea Scrolls, and Why We May Lose It (Palestine, Israel)
(16 January 2019; Haaretz)