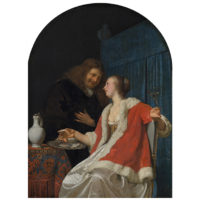 Returning looted African art is as urgent as giving back works stolen by the Nazis (Angola)
(2 July 2018; The Art Newspaper)

The US Postal Service Must Pay an Artist $3.5 Million After Accidentally Printing His Version of the Statue of Liberty on Billions of Stamps (USA)
(3 July 2018; ArtNet News)

Court rules 1565 shipwreck found off the Florida coast belongs to France because the vessel was made there, and NOT to the salvage company which discovered it (USA, France)
(7 July 2018; The Daily Mail)

Meet the expert who will destroy the value of your art for free (France)
(2 July 2018; The Malaysian Reserve)

French and Swiss Museums to Share a Cézanne With a Murky Past (France, Switzerland)
(3 July 2018; The New York Times)

Amid a Wave of Repatriation, Sotheby’s Stands Its Ground Against Greece’s Claim to an 8th-Century Bronze Horse (Greece, USA)
(2 July 2018; ArtNet News)

Mystery as golden eagle stolen 25 years ago from Britain’s only US war cemetery returns on Independence Day (UK, USA)
(6 July 2018; The Telegraph)

Why cash-strapped Air India’s priceless artefacts will not be sold off (India)
(6 July 2018; The Week)