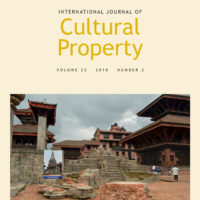 Simon Mackenzie and I explore what protects antiquities from theft: govt policy or effective community 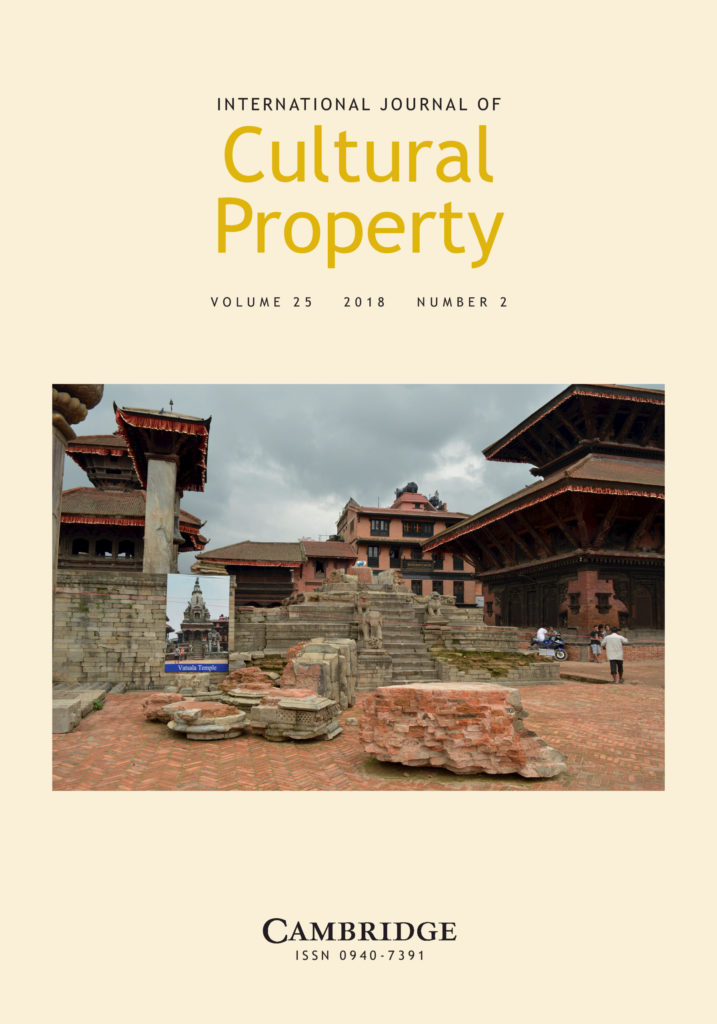 Hot off the presses in the new issue of the International Journal of Cultural Property, we’ve got a new paper out. It’s been a bit of a long time coming, and I’ve spoken about this paper at multiple conferences, but here it is, grab it now:

The abstract is below, but in it you’ll find a discussion of the idea of collective efficacy and a consideration of top-down vs. bottom-up heritage security against the backdrop of Nepal post-earthquake. Come for some of the results of my 2014 and 2015 Nepal fieldwork, stay for such sections as “The Theoretical Landscape for Replacement, Complementarity, and Erosion of Forms of Control”.

You know you want it.

Added bonus, one of my photos of Bhaktapur in July of 2015 is on the cover. Bhaktapur, which is part of the Kathmandu Valley World Heritage Site, was very heavily damaged by the 2015 earthquake. I got there right as the Kathmandu Valley sites were controversially reopening for visitors. Bhaktapur made the fascinating decision to place poster blow up photos of pre-quake heritage structures and temples next to each of the ruins. It was effective and emotional. I’m no sap, but I started crying. I had spent two weeks in Bhaktapur only a couple months before the earthquake and large parts of the city were unrecognisable. I’ve never experiences such loss in person.

Following Nepal’s 2015 earthquake, there was speculation that sacred art would be looted from the ruins of severely damaged temples due to a breakdown in formal security. Although pillage did not immediately occur, the months following the earthquake have seen the theft of sacred heritage items. As Nepali sacred art remains under threat of theft, we explore the processes by which government intervention can be destructive of the community dynamic that maintains local crime prevention on an informal and unofficial level. Based on fieldwork conducted in Nepal shortly before and after the earthquake, we ask: can situational crime prevention measures, when imposed in a top-down fashion upon communities by state actors, be corrosive of collective efficacy and, therefore, ultimately self-defeating in crime prevention terms? The case of post-quake Nepal seems to suggest that the answer to this question is, in some circumstances, yes.