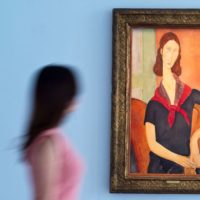 Why Experts Don’t Believe This Is a Rare First Map of America (USA)
(10 December 2017; The New York Times)

Patagonia and the Federal Government Go Head to Head (USA)
(8 December 2017; Outside Online)

There’s more at stake in the Berkshire Museum case than a single museum (USA)
(4 December 2017; The Boston Globe)

Greek Olympians Plan to Protest the Kidnapping of the Greek Marbles by Dressing as Caryatids Inside British Museum (Greece, UK)
(7 December 2017; Greek Reporter)

The University of Valladolid helps to date a painting from the Netherlands that was stolen by the Nazis (Netherlands, Spain)
(6 December 2017; Business Monkey News)

Indigenous cultural appropriation: what not to do (Australia)
(28 November 2017; The Conversation)

Loss of heritage is loss of living culture (Nepal)
(28 November 2017; My Republica)

How Antiquities Have Been Weaponized in the Struggle to Preserve Culture (Syria, Iraq)
(7 December 2017; Hyperallergic)