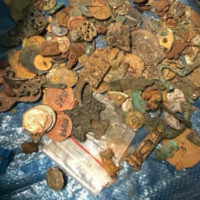 Most Antiquities Sold Online are Fake or Illegal
(3 November 2017; Smithsonian)

Sudan: President Gives Directives for Formation of Committee for Study of Reality of Sudan’s Archeology (Sudan)
(8 November 2017; All Africa)

Nazi art theft: How Hitler’s art dealer amassed looted paintings to save his own skin (Germany)
(8 November 2017; The Independent)

Why Art Galleries Have Become a Ripe Target for Hackers (and Other Insights) (UK)
(6 November 2017; ArtNet News)

Dark Side of the Boom: Georgina Adam on the relationship between art and money in the 21st Century (UK)
(7 November 2017; The Telegraph)