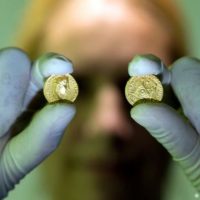 Hot this week: Gurlitt art hoard for all to see

The Most Faked Artists in History
(31 October 2017; Mutual Art)
Your standard list

Gov. Obaseki Reinstates Commitment To Bring Back Stolen Benin Artifacts (Nigeria)
(31 October 2017; The Nigerian Observer)
“Working with the federal museum and monument and the Benin Palace to secure the return of the artifacts yet to be returned”

No breakthrough in Thulamela gold theft (South Africa)
(1 November 2017; Lowvelder)
Taken from display at the museum in the Skukuza library.

‘The discussion is over’: Student calls for return of Louis Riel’s walking stick to Métis (Canada)
(2 November 2017; National Post)
An online petition has been started to return the surrendered stick to the Métis

Nearly 300 paintings stolen from the back of a truck in Los Banos (USA)
(30 October 2017; The Modesto Bee)
Artworks by Maximo Gonzales were taken from boxes in the back of a locked truck

Here’s how media and awareness led to recovery of stolen artwork in Los Banos (USA)
(2 November 2017; Los Banos Enterprise)
A woman found the paintings on a path and remembered hearing about them through the news.

Argentine artist thanks police for recovering stolen works of art in Los Banos (USA)
(2 November 2017; ABC United States)
Stolen from the artist’s vehicle as it sat at a motel.

Pair of Photos Worth $100K Stolen From MoMA PS1, Police Say (USA)
(31 October 2017; DNA Info)
No additional details and no statement from a spokeswoman from MoMA PS1

Two photos worth over $100G swiped from MoMA PS1 museum (USA)
(31 October 2017; Daily News)
No sign of forced entry and no alarm triggered.

Artist Sean Scully’s Former Assistant Allegedly Stole Work to Sell at Auction (USA)
(1 November 2017; Hyperallergic)
Stealing a piece and then trying to sell it at Bonham’s may not be the smartest of art crimes.

The Victoria Cross mystery: museum accused of failing to properly investigate missing medal (UK)
(28 October 2017; The Telegraph)
Gen Sir Harry Prendergast’s Victoria Cross was loaned to the National Army Museum, but the one that is there now seems to be a fake.

Victoria Cross mystery deepens as it emerges thief may have stolen soldier hero’s ceremonial sword (UK)
(2 November 2017; The Telegraph)
But stolen from a different location than the Victoria Cross. Connected?

Fake art is an epidemic we must stop! (Australia)
(30 October 2017; The Au Review)
Assertion that 80% of Indigenous art sold in Australia is fake.

Panchaloha idol worth Rs 5L stolen from temple (India)
(31 October 2017; The New Indian Express)
Idol of Vinayager taken from a temple near Pennaththur

DRI to seek US help to probe purchase of smuggled Indian artefacts in Hong Kong (India, USA, Hong Kong)
(2 November 2017; Hindustan Times)
A Hong Kong national is accused of buying looted Indian antiquities in the US.

Ancient tomb of Jewish prophet ‘in danger’ amid Iraq-Kurdish tensions (Iraq)
(28 October 2017; The Jerusalem Post)
Tomb of the Prophet Nahum in Al-Qosh

Outrage after Kyrgyzstan reburies its only ancient mummy (Kyrgyzstan)
(31 October 2017; Phys.org)
Allegedly due to the influence of a medium, the “1,500-year-old relic was taken from a museum and hastily reburied on the eve of a presidential election”

Lebanon battles to get its treasures back (Lebanon, USA)
(1 November 2017; Al Monitor)
Still fighting for the return of objects looted during the civil war.

KP govt urged to retrieve 3,147 artefacts from other provinces (Pakistan)
(31 October 2017; GeoTV)
The total is 3,147 pieces, mostly shifted for study purposes and not returned.

How I threw away a work of modern art (France)
(3 November 2017; BBC News)
Maybe listen when someone tells you “That’s by Invader”

Attention, New Yorkers: If You See a Monument That Incites Hate You Can Now Report It to Bill de Blasio (USA)
(26 October 2017; ArtNet News)
“The survey’s results will be factored into the work of a committee that is reviewing the monuments”