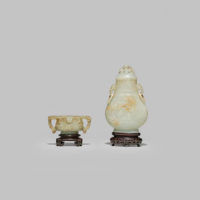 Hot this week: Theft from a concentration camp as art

Hobby Lobby under investigation over sale of 5th‑century Bible fragment (Egypt, USA)
(20 July 2017; The Times)
“The director of the Green Collection said they bought this papyrus from a `trusted dealer’ and refused to give his name for privacy reasons”

Did LG Steal from Brazilian Artist Lygia Pape to Promote a Cell Phone? You Be the Judge (Brazil)
(20 July 2017; ArtNet News)
The work in question is currently on display at the Met Breuer

Artists elated to recover flame-shooting sculptures stolen after Calgary Stampede (Canada)
(20 July 2017; CBC)
Stolen along with the van it was being stored in.

Antiquities Dealer Sues Wall Street Journal Over ISIS Article (USA)
(17 July 2017; The New York Times)
One or the other of the Aboutaam brothers have previously been charged and/or convicted of antiquities smuggling offences in various places.

BYU professor baffled by anonymous archeologists’ accusations (USA)
(19 July 2017; Deseret News)
Lincoln Blumell, a prof at BYU, says that he has no association with the looted Iraqi objects and will not publish or work with looted material.

Motion to dismiss denied in copyright suit against Richard Prince and Gagosian (USA)
(19 July 2017; The Art Newspaper)
Four similar lawsuits have been filed by other photographers.

The Rare-Book Thief Who Looted College Libraries in the ’80s (USA)
(20 July 2017; Atlas Obscura)
“He has demonstrated the vulnerability of the academic libraries—and it was a lesson we needed.”

Man accused of trying to sell stolen Gardner art indicted (USA)
(20 July 2017; Boston Herald)
He had none of the artwork stolen in the 1990 heist but was trying to sell the online nonetheless.

Former volunteer admits theft from History Museum collection (USA)
(20 July 2017; Buffalo News)
Originally he said the letters were his from his grandfather after he was caught selling them.

Plea Deal Reached In Greenwich Art Theft Case Worth $600,000 (USA)
(21 July 2017; Patch)
Specifically it was Chinese, Native American, and African antiquities that were stolen and sold at a flea market.

Cady Noland Sues Three Galleries for Copyright Infringement Over Disavowed Log Cabin Sculpture (USA)
(21 July 2017; ArtNet News)
Because she believes the conservation without her consent went beyond what was normal.

Vandals destroy ancient artifacts to create graffiti at Mesa Verde (USA)
(22 July 2017; Fox)
“In one of the pictures, you’ll see names rubbed onto the sandstone using prehistoric charcoal which a visitor dug up in an archaeological site along the Petroglyph Point Trail.”

New EU Proposal Aims to Halt the Trafficking of Antiquities That Fund Terrorism (General)
(20 July 2017; ArtNet News)
“A pan-European licensing system for antiquities import is one of the key features.”

Painting From Goering’s Collection Is Returned to Banker’s Heirs (Germany)
(21 July 2017; The New York Times)
The Bavarian State Paintings Collection, where the piece has been since 1961, has agreed to buy “The Raising of Lazarus” from the heirs

No damage to ancient artifacts from ‘spray-attack’ at Vergina Tombs in Greece (Greece)
(19 July 2017; Tornos News)
A visitor sprayed the exhibition with “a clear oily liquid”

Ireland should ‘give back its looted and stolen treasures’ (Ireland)
(22 July 2017; The Journal)
A Sinn Féin senator wants to return objects associated with the colonial past.

Genoa closes art exhibition after paintings ‘turn out to be fakes’ (Italy)
(16 July 2017; The Telegraph)
Fake Modiglianis in The Doge’s Palace.

Modigliani Exhibit Closes Early Amid Allegations of Fakes (Italy)
(19 July 2017; New York Times)
“The curator of the show, who is under investigation on several counts including fraud, defended his actions”

Israeli College to Allow Auschwitz Exhibit After Assurances Artifacts Not Stolen (Poland, Israel)
(19 July 2017; Haaretz)
The student says she was misrepresented in the press and didn’t actually steal the items.

Israeli student admits stealing items from Auschwitz for art project (Poland, Israel)
(19 July 2017; The Guardian)
She stole the items on multiple visits to the site; the site is exploring action.

Did an Israeli student steal Auschwitz artifacts for an art exhibit? (Poland, Israel)
(20 July 2017; The Washington Post)
Still the memorial is pursuing a criminal investigation.

Illegal detectorists targeting Gloucestershire farmland (UK)
(17 July 2017; BBC News)
“It happens at a particular time of year after farmers have harvested crops and fields have been ploughed.”

Street artist Moonie’s dismay as Mr Bean stolen from dinosaur-themed doorway exhibit in Little Germany (UK)
(20 July 2017; Bradford Telegraph and Argus)
This is the first time any of Moonie’s work has been stolen.

Boost for families over Nazi-looted art claims (UK)
(20 July 2017; The Jewish Chronicle)
On a conference being held on the topic in September.

Laws on Nazi-looted art to be renewed by the Government (UK)
(21 July 2017; Aol)
“Under the law, 17 national institutions, including the British Museum and the National Gallery, have returned items to their original owners or heirs.”

Thief steals 6m-long sculpture from Kensington home before driving away with it on the roof of his car (Australia)
(18 July 2017; The Advertiser)
A massive piece composed of musical notes and clefs.

Kapoor produced before court (India)
(21 July 2017; The Hindu)
Specifically regarding “theft of idols from a temple at Suthamalli in Ariyalur district in 2008.”

Idol smuggling theft of nat’l treasure: HC (India)
(22 July 2017; The Times of India)
Idol theft, according to the judge, is “not an ordinary case of commercial conspiracy and theft”

Set up camp for idol theft cases in a week: Madras High Court (India)
(22 July 2017; The New Indian Express)
An “effective and speedy disposal of the cases, on a day-to-day basis” will be interesting for sure!

Jatin Das painting ‘stolen’ by former ED couriered to Air India (India)
(21 July 2017; Times of India)
Is stolen only “taken” when it is an executive director who did it? The piece arrived damaged.

Who Gets to Own Iraq’s Religious Heritage? (Iraq)
(17 July 2017; The Atlantic)
An interview with Katharyn Hanson

British Museum helps return stolen artefact to Uzbekistan (Uzbekistan)
(17 July 2017; The Guardian)
A scholar recognised the large calligraphic tile as having been removed from the Chashma-i Ayub mausoleum in Vobkent.

Ancient Roman Amphitheater in Caesarea sold by Greek Orthodox church to mystery foreign buyer (Israel)
(17 July 2017; The Times of Israel)
The amphitheater is used for concerts

Luxury lost and found: The international service aiding the war on watch theft (UK)
(21 July 2017; CNN)
The Watch Register, an offshoot of The Art Loss Register.

Moon bag that Chicago-area woman got for $995 sells for $1.8 million at auction (USA)
(20 July 2017; Chicago Tribune)
She was able to keep (and sell) the bag after NASA unsuccessfully sued for return.