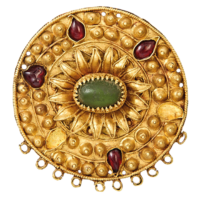 Hot this week: Skulls in New Zealand that are most certainly Māori

Injecting Your Painting With Synthetic DNA Could End Art Forgery as We Know It
(15 May 2017; ArtNet News)
Tagsmart may have pluses, but certainly has minuses

How Egypt plans to crack down on antiquities theft (Egypt)
(18 May 2017; Al Monitor)
Life in prison for antiquities looting and sale is excessive, but there you go.

Ancient stone block discovered at illegal excavation site in Upper Egypt’s Sohag (Egypt)
(18 May 2017; Ahram Online)
Seized from a house that owners had been antiquities looting under.

Libyan authorities issue international circular on looted antiquities from Libya (Libya)
(15 May 2017; The Libya Observer)
List produced by The Looted and Smuggled Antiquities Office of the Libyan Antiquities Authority

Stolen Nigerian artifact found in Italy (Nigeria, Italy)
(18 May 2017; The Cable)
An artifact representing the goddess of fruitfulness from the Niger state museum, stolen some decades ago

Saqueo y destrucción de montículos mayas (Theft and destruction of Maya mounds; Mexico)
(15 May 2017; Yucatan a la Mano)
Destruction and looting at Campeche’s archaeological sites over the past year

Pens Worth $40,000 Stolen From Car Parked At Museum Campus (USA)
(15 May 2017; DNA Info)
Private collection of pens in a van that was parked at the Field Museum

Harper’s Bazaar Accused Of Ripping Off A Bunch Of Feminist Artwork (USA)
(16 May 2017; Huffington Post)
Four artists say that their artwork was stolen for patches offered by the magazine.

Real artifacts on display to celebrate return of replicas (USA)
(16 May 2017; Times-News)
In honour of the return of the Clovis points to the Herrett Center for Arts and Sciences, the real ones will be on display.

$7,000 settlement for stolen Great Falls painting (USA)
(18 May 2017; North Jersey)
Stolen while in storage at the Paterson Museum where it was on loan.

Caretaker accused of stealing $37,500 in jewelry, artifacts (USA)
(19 May 2017; Click Orlando)
Among the items stolen from the elderly man were two Africana artefacts.

The Downfall of an Ancient Coin Dealer Who Defrauded Customers of Millions and Lost a Bronze Head (USA)
(16 May 2017; LA Weekly)
“Coin dealer Rob Freeman has had at least 20 lawsuits filed against him in the last four years.”

Numismatics—acquiring old coins—outperforms other investments (USA)
(18 May 2017; The Economist)
“A once shady market aspires to respectability”

BLM calls off public meetings amid Trump’s monument review (USA)
(19 May 2017; The Taos News)
“Some of the few institutionalized ways of gauging public opinions about public lands.”

Cyprus leads effort to stamp out ‘trade in blood antiquities’ (Cyprus)
(19 May 2017; Famagusta Gazette)
“Convention aimed at boosting the efforts to combat the illegal trade of antiquities and cultural property has been signed.”

Dr. Oetker compensates Jewish heirs for silver windmill cup in collection (Germany)
(19 May 2017; The Art Newspaper)
The company bought the cup in 2009 from a Swiss collector but it has since been shown to have been Nazi-looted.

Greek Police Arrest 3 Antiquity Smugglers at Grevena (Greece)
(21 May 2017; Greek Reporter)
They had metal detectors and a number of ceramic and metal artefacts.

Thieves steal 6th-century ornament from Pompeii (Italy)
(18 May 2017; The Local)
A bronze piece that was part of a display and was on loan from the Potenzas archaeological museum.

Wracają nieliczne utracone dzieła sztuki (Few lost artworks returned; Poland)
(18 May 2017; Rzeczpospolita)
Only a small portion of the works the works that Poland lost during WWII have been returned. Why?

El robo del retablo de Olivares (The theft of the altarpiece of Olivares; Spain)
(15 May 2017; El Norte de Castilla)
15th century panels were stolen in 1987 and one is still missing.

Piecing Together the Histories of a Series of Stolen Paintings (Spain, USA)
(17 May 2017; Hyperallergic)
Bartolomé Esteban Murillo’s “Return of the Prodigal Son” is in the National Gallery in DC and not the Hospital de la Caridad in Seville. Note Seville hasn’t asked for it back.

Roban más de 400 piezas de una colección arqueológica que iba a convertirse en museo en Campillos (Stolen: More than 400 pieces of an archaeological collection that was to become a museum in Campillos; Spain)
(18 May 2017; Diario Sur)
These are from the private collection of Ildefonso Felguera which was meant to be opened as a museum in August.

Case dropped against north-east pair accused of stealing paintings worth more than £100,000 (UK)
(18 May 2017; Evening Express)
They are not going to be prosecuted for the theft of two paintings from a house near Billy Connolly’s. Note in Scotland we measure distance as how far we are from Billy Connolly.

Bungling lorry driver gets truck stuck under Grade I-listed ancient Roman arch (UK)
(19 May 2017; Mirror)
It isn’t the first time that a lorry became stuck into the arch in Lincoln.

Dam Buster’s family appeal for help to trace stolen airman’s logbook (UK, Canada)
(20 May 2017; Irish News)
Stolen by a military historian who has since been convicted of theft.

Grave Robbers with Far-Right Links Could Be Stealing Ancestral Māori Skulls (New Zealand)
(18 May 2017; Vice)
Man who claimed that he had evidence of pre-Maori Europeans in New Zealand admits to illegal grave robbing and export of human remains; all part of racist claims. Quotes from your CCNews compiler.

Twist in $1m heist riddle (New Zealand)
(21 May 2017; New Zealand Herald)
“Plates on the getaway car used in the smash-and-grab theft of two Gottfried Lindauer paintings appears to be fake.”

HC seeks inventory of artifacts, security measures at SPS museum (India)
(20 May 2017; Kashmir Reader)
Relates to accountability for artefact preservation following a theft from the Sri Pratap Singh Museum in 2003.