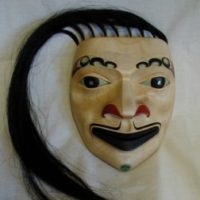 Hot this week: a week for Art Crime listicles.

The secret lives of works of art: What percentage of a museum’s holdings are likely to be fakes?
(2 April 2017; Salon)
No one knows. We can’t really know.

Forging Papers to Sell Fake Art
(6 April 2017; FBI)
A warning from the FBI about fake art

Fate of pottery collection is ‘a can of worms’ for Navajos (USA)
(3 April 2017; The Salt Lake Tribune)
Nearly 40 years ago, Utah’s Edge of the Cedars State Park Museum accepted a collection of looted pots. Now what?

Hikind Says Lookout For Stolen, Antique Seforim (USA)
(3 April 2017; The Yeshiva World News)
The books will be accepted back for a reward, no questions asked.

Controversial Dana Schutz Painting Removed from Whitney Biennial Due to Water Leak (USA)
(4 April 2017; Hyperallergic)
It and other paintings were put back, the removal wasn’t about the controversy.

US court: Jewish descendants can sue Germany for return of Nazi-looted art (USA, Germany)
(4 April 2017; The Jerusalem Post)
This is under the Foreign Sovereign Immunities Act

Toledo Museum of Art selling off over 140 pieces (USA)
(5 April 2017; The Toledo Blade)
The horror of deaccessioning to the market. The museum may be looking to offload more.

Author wants to see Gardner heist solved (USA)
(6 April 2017; The Foxboro Reporter)
Don’t we all! A talk with Steve Kurkjian.

Legal battle over Schiele works owned by Jewish entertainer who died in Dachau (USA, UK, Switzerland)
(6 April 2017; The Art Newspaper)
The heirs of Fritz Grünbaum are seeking to recover two works that were seized from London dealer Richard Nagy while they were in New York

Online ad leads Vienna couple to buy ancient Jewish headstone for $300 (Austria)
(7 April 2017; JTA)
They have decided to return the headstone to the city of Graz

This Dreamy Image Is Sparking a Perplexing Fight Over Artistic Plagiarism (General)
(5 April 2017; ArtNet News)
The images are disturbingly similar and the accused won’t make their proof that they didn’t copy public.

The Mystery of Lucian Freud’s Missing ‘Bacon’ (Germany)
(2 April 2017; The Daily Beast)
“In broad daylight, in the middle of a crowded show, someone had absconded with Lucian Freud’s relatively small painting of his one-time friend Francis Bacon.”

How the Nazi-Tainted Gurlitt Hoard Is Shaping documenta 14 (Germany, Greece)
(4 April 2017; ArtNet News)
They won’t be showing the whole collection, however.

Let’s do a Brexit deal with the Parthenon marbles (Greece, UK)
(4 April 2017; The Guardian)
There are many, many better reasons to give these back.

Popular Mural by William Kentridge in Rome Defaced by Vandals (Italy)
(3 April 2017; ArtNet News)
The South African artist wonders why the graffiti wasn’t removed when it started to appear.

Van Gogh burglar jumps into canal to avoid cops after brief stand-off (Netherlands)
(5 April 2017; NLTimes)
Police had come to his home to try to talk to him as the 2002 Van Gogh thief was waving a machete from his balcony.

Russia’s regional collections get left out in the cold (Russia)
(6 April 2017; The Art Newspaper)
Works that don’t fit the patriotic bill are potentially not being cared for.

Handyman Jailed for Stealing $623,000 in Paintings from Alan Davie (UK)
(7 April 2017; ArtNet News)
He burglarised the artist’s home several times, taking 31 paintings, 9 of which have been recovered.

Cambridge Latin graffiti to cost £4,000 to clean (UK)
(7 April 2017; BBC News)
Google Translate? If you are going to spray paint Latin on stuff in Cambridge, you best get your Latin right.

Controversial tribal artifacts sale lures few bidders (New Caledonia, France)
(4 April 2017; The Daily Mail)
There were protests about this sale in 2015, the seller established provenance to a 1972 sale from local leaders, but still buyers held back.

Second mystery in million-dollar theft of Lindauer paintings from Auckland gallery (New Zealand)
(5 April 2017; Bay of Plenty Times)
There is now some challenge as to the identification of one of the paintings as Ngāi Te Rangi chief Taiaho Hōri Ngātai

Footprints: Saving artefacts in Afghanistan (Afghanistan)
(9 April 2017; Dawn)
Between 1990 and 2001 more than 70% of the country’s artefacts have been looted or destroyed.

Beijing Officials Admit Artifacts Stolen From Famous Ming Tomb … One Year Later (China)
(7 April 2017; The Beijinger)
“The disappearance of a pair of ceremonial stone candle holders at the tomb of Emperor Chongzhen, the last reigning emperor of the Ming Dynasty, was finally confirmed by Changping District”

Miscreants ‘deface’ street art project of metro (India)
(6 April 2017; India)
‘Street art and murals along a Delhi Metro stretch in Central Delhi are being frequently “defaced” while railings meant to guard it are being “stolen”.’

1,500-year-old ‘antique’ rots in court store room (India)
(7 April 2017; The Times of India)
The Tibetan manuscript was seized from smugglers 8 years ago and allegations are that it isn’t being properly taken care of.

28 New Dead Sea Scrolls Fragments Sold in US (Israel, USA)
(4 April 2017; Live Science)
They’re either fake or they’re looted which is depressing no matter what.

Fake Dead Sea Scrolls Sold In The US: Products Of Sophisticated Archeological Forgeries (Israel, USA)
(4 April 2017; The Science Times)
If they aren’t fake, they’re looted so it is all bad.

How Palestine is working to stop antiquities theft (Palestine)
(6 April 2017; Al Monitor)
A complicated problem in a complicated place.

Culture on the frontline: Penn Museum shows artefacts curators are fighting to save in Syria and Iraq (Syria, USA)
(3 April 2017; The Art Newspaper)
On the exhibition “Cultures in the Crossfire: Stories From Syria and Iraq”

Turkish gendarmerie confiscate smuggled Picasso painting in Erzurum (Turkey)
(6 April 2017; Daily Sabah)
The article says the piece maybe came from an Iraqi museum but I think we’d all be surprised to find that the pictured is a real Picasso.

The Hard Truth about the Rhino Horn “Aphrodisiac” Market (General)
(5 April 2017; Scientific American)
“On the bright side, traditional Chinese medicine experts have increasingly joined the fight to reduce the demand for rhino horn.”

Here are the most famous heists in the world of art (General)
(6 April 2017; The Economic Times)
Your standard list.