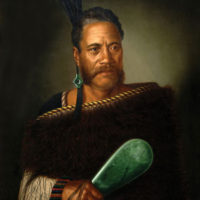 Hot this week: A giant smash and grab of important paintings in New Zealand

Art attack: Why do people try to destroy museum masterpieces?
(26 March 2017; Salon)
“There is a balance to strike between keeping art safe and fulfilling the museum’s purpose of making it accessible to the public.”

The most spectacular art robberies in history
(29 March 2017; DW)
A small feature on some major art thefts

‘Dignity itself’: Saving world heritage sites from ‘cultural cleansing’ won’t be easy
(31 March 2017; CBC)
That mini remake of the Palmyra arch appears to have popped up in Florence

Benin eyes return of colonial treasures from France (Benin, France)
(1 April 2017; Art Daily)
France notes, of course, that the 1970 UNESCO convention is not retroactive, so Benin’s reliance on it for return requests doesn’t work legally.

Egypt recovers objects stolen from Al-Imam Al-Shafie Dome (Egypt)
(29 March 2017; Ahram Online)
No specific details on the recovery, but it was announced that there were arrests.

Selling precious artefacts could top up Egypt’s coffers (Egypt)
(29 March 2017; The National)
The author imagines he has a great idea on his hands but clearly knows very little about archaeology and pictures the only reason not to sell off antiquities is petty nationalism.

Official denies fire in Aswan Philae Temple (Egypt)
(31 March 2017; Egypt Independent)
They say that there was a tiny grass fire that was put out immediately and that it didn’t reach the archaeological site

Ladrones se roban la placa de cobre de la Iglesia de Fátima (Thieves steal copper plaque from the Church of Fatima; Mexico)
(28 March 2017; Meganoticias)
The plaque was on the outside of the building, it is assumed this was a for-scrap theft.

Art dealer knocks ‘phony’ King David sculpture displayed in the Met (USA, France)
(26 March 2017; New York Post)
Of course the fellow who claims that one is a fake claims to have a real one with an astounding valuation.

A university’s painting went missing. Police are searching for three people of interest (USA)
(28 March 2017; The Washington Post)
The piece was stolen from the University of Maryland and found the next day outside a Uni building. The trio in the video look like students.

Robert Gentile, A Suspect In Gardner Museum Art Heist, Agrees To Plead Guilty To Weapons Charges (USA)
(28 March 2017; The Hartford Courant)
The weapons charges are unrelated to the Gardner heist and the man is elderly and infirm.

Celebrity art dealer’s plea deal in theft case will probably keep him out of prison (USA)
(30 March 2017; Los Angeles Times)
Perry Rubenstein pleaded no contest to charges that he did not pay hid clients

Have You Seen These Paintings? Cardenas Artwork Stolen From Former Bring Funeral Home Space (USA)
(30 March 2017; The Range)
The pieces were all by Tucson artist Cristina Cardenas

Court Orders Antiques Dealer to Pay Gallerist $1.1 Million Over Fake Renoir in Bizarre Trial (USA)
(31 March 2017; ArtNet News)
The defendant claims he got the painting from a deadman who came back to life for two months then died again. Suffice to say that did not impress the court.

The Endangered Antiquities Act (USA)
(31 March 2017; The New York Times)
The painful, short sighted push in some sectors of US government to batter the 1906 Antiquities Act.

Who Should Pay Artists? Christie’s Fights Back in France Over New Resale Rules (France)
(31 March 2017; ArtNet News)
” The latest ruling effectively shifts the burden back to the seller of the work, making them responsible for equitably dispersing a chunk of their proceeds to the artist or estate in question.”

Workers’ Strike Closes Centre Pompidou in Paris for Fifth Consecutive Day (France)
(31 March 2017; ArtNet News)
A new law could cut pay for some workers by 20% as new hires would be civil servants not contractual employees.

German art police target Munich show in early March (Germany)
(31 March 2017; Coin World)
Despite the tone of this article and their strange belief that monetary value is equivalent to importance, this is great proof that Germany’s new law is being enforced.

Germany pays €1.2 million for Kirchner painting seized by Nazis (Germany)
(31 March 2017; Ynet News)
The Judgement of Paris will remain at the Wilhelm-Hack Museum

Thieves Take a Chunk of Change, All 221 Pounds of It, From a Berlin Museum (Germany, Canada)
(27 March 2017; The New York Times)
When you make a giant useless gold coin, you’re sort of asking for this to happn.

3 Are Held on Suspicion of Plot to Attack Rialto Bridge in Venice (Italy)
(30 March 2017; The New York Times)
Three Kosovar men and one teenager were arrested and there were several other raids.

Two British teenagers found guilty of stealing objects from Auschwitz during school trip (Poland, UK)
(29 March 2017; The Telegraph)
They must pay a £400 fine and £1200 to a memorial fund for survivors.

Deputy director at Hermitage put under house arrest (Russia)
(30 March 2017; The Art Newspaper)
Mikhail is accused of fraud related to construction at the museum, including hiring of ‘dishonest contractors’

Clampdown on heritage thefts (UK)
(29 March 2017; The York Press)
Crime against heritage in York is “a serious business”.

Window cleaner accused of £500k Alan Davie art theft (UK)
(29 March 2017; BBC News)
A total of 31 artworks were taken after Davie’ death and was arrested in the artist’s house after he broke in.

How two Irish students stole a masterpiece worth millions in an act of political protest (UK, Ireland)
(31 March 2017; ABC Australia)
The theft of Berthe Morisot’s Jour d’Eté from Britain’s Tate Gallery by students who felt it was the property of Ireland.

Thieves steal war memorabilia (Australia)
(28 March 2017; The West Australian)
The medals and collectables were stolen from a Meekatharra home.

Million-dollar Parnell art heist: Interpol on watch for thieves (New Zealand)
(1 April 2017; New Zealand Herald)
Information about the Lindauer theft has been shared with Interpol and the police are investigating the stolen vehicle used in the theft

Pania, Tuna and a McCahon: A short history of art heists in NZ (New Zealand)
(1 April 2017; Radio New Zealand)
In the wake of the Lindauer heist, other New Zealand art crimes

Burglars Decamp With Antique Idol Worth One Crore From Temple (India)
(29 March 2017; Odisha TV)
Also taken were a brass Lord Hanuman and a brass Durga from the 300-year-old Kendrapara temple

Calls for support as destroyed Mosul Museum seeks to rebuild (Iraq)
(30 March 2017; Al Monitor)
“There is no museum left. It is a haunted place, and its walls have become black facades covered with dust and smoke”

3 arrested for selling ancient artifacts in Istanbul (Turkey)
(27 March 2017; Daily Sabah)
The objects were found during a routine traffic stop.