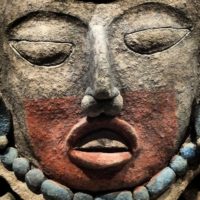 Treasured wartime documents returned (Canada)
(20 April 2017; Nanton News)
A photo album from WWII was stolen by British researcher who had promised to return them.

Cleveland Museum of Art returns ancient Roman portrait of Drusus after learning it was stolen from Italy in WWII (USA)
(18 April 2017; Cleveland.com)
The bust of Drusus Minor was purchased from Phoenix Ancient Art, but had been stolen from a Museum near Naples.

Alec Baldwin’s Lawsuit Against Mary Boone Heads to Trial (USA)
(20 April 2017; ArtNet News)
Baldwin asserts that the painting he bought from the dealer was not the one that was delivered to him, but didn’t notice the problem for 6 years.

Fallout from Cape Coral art forger could last years, FBI says (USA)
(20 April 2017; News-Press)
Many of the victims of Eric Ian Hornak Spoutz may not know they’ve got forgeries on their hands.

How a California Anesthesiologist Became One of America’s Largest Antiquities Looters (USA)
(20 April 2017; Mens Journal)
“To be honest, he shouldn’t be allowed on public land for a lifetime,” he says. “When you’re obsessed like Bourne is, you can’t stop, and I don’t see him stopping.”

Bushwick Street Artists Threaten Legal Action Against McDonald’s for Using Their Work (USA, Netherlands)
(20 April 2017; Hyperallergic)
The ad was called ‘McDonald’s Presents the Vibe of Bushwick NY’, and Bushwick’s vibe creators were not so into that.

Vandal Scrawls Nazi Art on a Painting at the Mets Education Center (USA)
(21 April 2017; ArtNet News)
He also shouted “Go back to your country!” to a security guard.

Chicago Artist Raised Funds for Michelle Obama Mural That He Straight Up Grifted (USA)
(22 April 2017; Fusion)
The image of Obama as an Egyptian Queen was copied by Chris Devins from an image created by Gelila Lila Mesfin.

3 Years For Woman Who Embezzled $1 Million From Field Museum (USA)
(22 April 2017; CBS)
Benson scammed the museum out of $900k while working in their membership department.

Stolen book returned to Collinsville library; arrest made in theft (USA)
(20 April 2017; Belleville News-Democrat)
The book was taken from the Collinsville Historical Museum

Man accused of stealing ‘Mein Kampf’ from Collinsville museum because it ‘fascinated’ him (USA)
(21 April 2017; Belleville News-Democrat)
The museum is now considering removing the book, donated by a WWII Intelligence Officer, from display.

Art provenance cases reveal complexities of Germany’s record on restitution (USA, Germany)
(20 April 2017; The Jewish Week)
Germany is waging a court battle over the Guelph treasure, which now is able to be heard in a US court.

German group appeals decision to allow lawsuit over Nazi art theft claims (USA, Germany)
(21 April 2017; Reuters)
The Prussian Cultural Foundation said that the claim on a number of objects is without merit and they were not subject to forced sale.

Boston Public Library Returns Mistakenly Stolen Historical Artifacts To Italian Government (USA, Italy)
(19 April 2017; WBUR)
The purchase was made decades ago, but the library only discovered they were stolen.

Nazi-looted painting to be auctioned as owners’ heirs fail to halt sale (Austria)
(23 April 2017; The Guardian)
Im Kinsky maintains it was bought in good faith under Austrian law and I wonder who would actually buy such a tainted piece.

Removal of a rare Roman mosaic in southern France enflames local conservation groups (France)
(17 April 2017; The Art Newspaper)
Locals fear that the mosaic will not be returned to town of Uzès to nearby Nimes

Peggy Guggenheim’s great-grandchildren say New York exhibition violates her legacy (Italy, USA)
(20 April 2017; The Art Newspaper)
The great-grandkids said that Guggenheim had stipulated that her collection not leave Venice between Easter and 1 November.

Poland recovers artwork looted in World War II (Poland)
(22 April 2017; Poland Radio)
It was stolen from the National Museum during the 1944 Warsaw Uprising

Art thieves steal $30,000 worth of work from painter (New Zealand)
(21 April 2017; Scoop)
The pieces were in artist Jimmy Kouratoras’ van which was stolen.

Precious locket of Ambalappuzha temple goes missing; probe on (India)
(20 April 2017; The Times of India)
Police have not yet confirmed the theft and there is some allegation that the temple hid the incident

Smugglers with idol of Goddess Radha arrested (India)
(22 April 2017; Business Standard)
Four were arrested after a tip-off to police

DRI to bring back stolen antiques smuggled to the US (India, USA)
(20 April 2017; Hindustan Times)
126 antiquities are going to be returned to India on 17 May.

For God’s sake, save our idols from New York parties (India, USA)
(20 April 2017; The Times of India)
So many looted Indian antiquities are in New York

Kanagawa officials turn to police after failing to locate Munakata woodblock print replaced with a photocopy (Japan)
(18 April 2017; The Japan Times)
The piece was discovered missing three years ago, it had been commissioned by the prefectural government.

Nat’l museum pushes ahead with exhibit to show Chun Kyung-ja’s ‘Beautiful Woman’ (South Africa)
(18 April 2017; Yonhap News Agency)
The Gwancheon branch of the National Museum of Modern and Contemporary Art will unveil it even as experts dismiss it as a fake.

Goldplated ancient Torah seized by Turkish security forces in antismuggling drive (Turkey)
(17 April 2017; Daily Sabah)
No details on the operation or where the Torah came from, just that it was “gazelle skin”/

Initiative to return missing pieces from “Gypsy Girl” mosaic in Turkey’s Gaziantep (Turkey)
(20 April 2017; Daily Sabah)
“The pieces are currently on display in the U.S. at the Wolfe Arts Center of Ohio Bowling Green State University.”

Gold coins found inside piano in Shropshire are declared as treasure (UK)
(20 April 2017; Shropshire Live)
No one has come forward to claim the treasure

In Ongoing Crusade for Privacy, Residents of Glass Condos Sue Tate (UK)
(20 April 2017; Hyperallergic)
They’re going with the European Convention of Human Rights on this