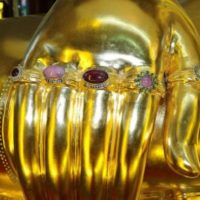 Cambridge must return its Benin Bronzes, without condition (Nigeria, UK)
(15 April 2017; Varsity)
“Britain should be embarrassed by the spoils of its empire, yet there is the insistence that looted artefacts are ‘better off’ in British museums.”

Gael Garcia Bernal Toplines Alonso Ruizpalacio’s ‘Museum’ (Mexico)
(14 April 2017; Variety)
Finally a film is being made about the National Museum of Anthropology theft! It’s about time.

Lambayeque: intensifican vigilancia en las zonas arqueológicas (Lambayeque: security at archaeological sites intensified; Peru)
(13 April 2017; El Comercio)
Archaeologists from museums are coordinating with the National Police; the article notes that looting can bring a sentence of 3 to 8 years in prison in Peru.

¿Por qué se incrementa el huaqueo en Semana Santa? (Why is there an increase in archaeological looting in Easter Week?; Peru)
(13 April 2017; RPP)
A look at this interesting but destructive North Coast tradition.

FBI Warns There Could Be Hundreds More Fake Postwar Paintings by Forgery Mastermind (USA)
(10 April 2017; ArtNet News)
Eric Spoutz’s fakes are still circulating on the market, even if he’s not.

Hamilton Art Mystery at City Hall: Lost, Stolen or Never There? (USA)
(12 April 2017; The New York Times)
“A British scholar insists New York City Hall somehow managed to lose the 19th-century painting on which an Alexander Hamilton stamp was based.”

The FBI made pop art with its “wanted” poster for Andy Warhol’s stolen soup cans (USA)
(12 April 2017; Quartz)
‘The “Seeking Information” notice is an official document released by the bureau’s Kansas city office’, and is totally pop art in itself.

How a Rancho Cucamonga traffic stop lead to the recovery of this Tuskegee Airman’s bust (USA)
(13 April 2017; Daily Bulletin)
The missing bust was found during a search of a home of a man under arrest for drugs and firearms.

Trinity Church sued by sculptor over 9/11 work removed from courtyard (USA)
(14 April 2017; The Art Newspaper)
Steve Tobin says that his moral rights have been violated by the removal and he might just have a VARA case.

Germany to appeal first ruling allowing Nazi-looted art claim against it in U.S. court (USA, Germany)
(14 April 2017; The Washington Post)
The Guelph treasure is at the centre of this test case

Police recover 2 of 5 replica artifacts stolen from Herrett Center, identify suspect (USA)
(14 April 2017; Magic Valley)
Two of the five Clovis point replicas have been retrieved from the thief who is in jail on other charges.

Warhol Foundation Fires First Shot in Legal Battle Over Prince-Themed Artworks (USA)
(11 April 2017; ArtNet News)
They say artist Lynn Goldsmith is trying to “shake down” the organisation by claiming that Warhol violated HER copyright on 1981 photos of Prince.

Prince Photographer Fires Back at Warhol Foundation Copyright Suit (USA)
(13 April 2017; ArtNet News)
Goldsmith said that she did grant Vanity Fair the right to use her Prince pic “for an artist reference to create an illustration” with payment as well as the photo credit, but didn’t say it was Warhol. This probably won’t end well for her.

Tribal chief who signed treaty with Pilgrims to be reburied (USA)
(14 April 2017; Stamford Advocate)
‘It was their “spiritual and cultural obligation,” said Ramona Peters, who coordinated the effort.’

Wampanoag work to repatriate remains, artifacts (USA)
(14 April 2017; Cape Cod Times)
A railroad was built atop a Wampanoag burial ground and the remains were scattered around museums, not after 20 years of work the remains are coming home.

Korak bliže ukradenim umjetninama (A Step Closer to Stolen Art; Bosnia)
(13 April 2017; Nezavisne)
A piece on the great work of the Center Against Art Trafficking (CPKU) in Tuzla

Germany to investigate mass plunder of works of art by Stasi in Cold War era (Germany)
(13 April 2017; The Art Newspaper)
The other German state-level art looting.

Ecuadoran tourist cited for writing names on Roman Colosseum (Italy)
(11 April 2017; The Daily Mail)
He faces a stiff find for the obviously stupid action of graffitiing an iconic structure.

WW1 watch stolen from Blyth museum (UK)
(11 April 2017; ITV)
The thieves forced a window at the Blyth Battery Museum to steal the watch that was on display.

Dundee designer accuses German reality star of plagiarising t-shirt (UK)
(14 April 2017; The Courier)
DJ Jan Leyk “admitted seeing the t-shirt on a friend before creating a similar design to sell on his own”. So he stole it.

Medieval fort ‘ruined’ by staircase built by council to preserve historic site (UK)
(14 April 2017; The Telegraph)
Steps on Thetford Castle are pretty ugly but they allow people to get up it minus the erosion.

RSPCA concerned over animal deaths in Damien Hirst’s work (UK)
(15 April 2017; Devon Live)
This comes after a claim that a million animals (including insects) have died for Hirst.

Descendants of Kiwi soldiers who fought at Gallipoli believe WW1 diaries were stolen (New Zealand, UK)
(15 April 2017; Stuff.co.nz)
The items are in Leeds University, the collection of Peter Liddle, and the families believe they got there under dodgy circumstances.

The Case of the Missing Feet: Antiquities and Terrorism in Cambodia (Cambodia)
(12 April 2017; Observer)
On Prince Ravi and the return of looted Cambodian artefacts

Stolen pagoda body returned to Chinese mainland (China, Taiwan)
(16 April 2017; Xinhua)
The piece was stolen from Shanxi Province in 1998 and is being returned from Taiwan where it had been donated to a monastery.

Police, NGOs tie up to curb smuggling (India)
(11 April 2017; The Times of India)
Mumbai police are working to step up their measures to prevent wildlife and antiquities theft and smuggling.

2 arrested for smuggling 11th C idol (India)
(13 April 2017; The Times of India)
The piece was stolen from the temple in Vriddhachalam and moved to Mumbai for sale.

200-yr-old bronze temple idol stolen (India)
(15 April 2017; The Times of India)
The idol of the presiding deity of Swarnapureeswarar temple near Ariyalur was taken.

Uncertainty over status of ancient idols in DRI custody (India)
(15 April 2017; The Asian Age)
They were seized from Vijay Nanda but are they ancient? Probably.

Outcry after historic plaque goes missing (Thailand)
(16 April 2017; The Nation)
The “memorial peg” marked the site of the Siamese Revolution, but authorities aren’t saying if it was stolen or removed.

Thief prostrates before Buddha image then steals (Thailand)
(16 April 2017; The Nation)
A prayer before stealing jewels from the Buddha at Wat Boonsri Muneekorn

Tehran Gallerists Charged with Trying to Overthrow Iranian Government (Iran)
(13 April 2017; Hyperallergic)
“Karan Vafadari and Afarin Nayssari, the founders of Aun Gallery, have been held in prison without recourse to legal counsel for over eight months.”

Humanity’s heritage under threat from treasure hunters (Turkey)
(10 April 2017; Daily Sabah)
Several experts weigh in on the threat to Turkey’s heritage from looting

Mammoth tusk haul seized by Chinese customs (China, Russia)
(13 April 2017; BBC News)
“More than 100 woolly mammoth tusks [from Russia] were seized at the port of Luobei in Heilongjiang province, in addition to 37 woolly rhino horn parts and more than a tonne of jade.”

Cultural appropriation: theft or fair exchange? (General)
(10 April 2017; The Conversation)
“Remove the “culture” from the context and it is diminished, or negated.”

How Do You Purge The Memory Of An Emperor? (UK)
(11 April 2017; Forbes)
On the British Museum’s new exhibition “Defacing the Past: Damnation and desecration in imperial Rome.”

The politics and power of American archaeology (USA)
(10 April 2017; The Guardian)
Archaeology *IS* political.

NASA ‘sting’ operation against 74-year-old widow of Apollo engineer draws court rebuke (USA)
(14 April 2017; The Washington Post)
The questionable arrest of a woman who was trying to sell a speck of moon dust