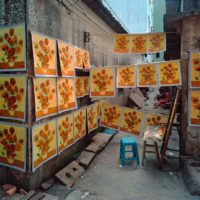 Hot this week: Definitive end to the Kennewick Man conflict

Has the Art Market Become an Unwitting Partner in Crime?
(19 February 2017; The New York Times)
When you don’t know the seller you don’t know what you’re buy or if money’s being laundered.

The Rise Of Fake And Forged Works Of Egyptian Modern Art (Egypt)
(19 February 2017; Artlyst)
Inspired by the author’s personal experiences. An interesting read.

Kidnappers of German archaeologist, Professor Peter Breunig demand N60 million (Nigeria)
(24 February 2017; Daily Post)
Police said: “the German archaeologists have police officers attached to them for their protection at the NOK Archaeology Research Project Centre, they did not go with the policemen to the excavation site where they were kidnapped.”

Kidnapped German archaeologists freed in northern Nigeria (Nigeria)
(26 February 2017; The Guardian)
Two villagers were killed by the kidnappers when they attempted to help the archaeologists.

The $20 Million Heist at the Biggest Party in the World (Brazil)
(26 February 2017; The Daily Beast)
Complete with dubious “secret wall in a mansion” claim. Sigh.

How the Met’s Sale of a Max Beckmann Painting Changed US Museums (USA)
(19 February 2017; Hyperallergic)
The deaccessioning dispute.

Tribes return ancient Kennewick Man to the ground (USA)
(19 February 2017; Tri-City Herald)
20 years and many ethical and legal debates later, he has been buried.

Suspect arrested in theft of LeBron James painting (USA)
(20 February 2017; Fox)
They have the suspect, they don’t have the painting.

Asbury Park police find stolen Bruce Springsteen art (USA)
(23 February 2017; NJ.com)
“This is a one of a kind piece of art,” police said.

US Congressman Sues Architect of the Capitol for Removing Student’s Painting (USA)
(23 February 2017; Hyperallergic)
“Representative William Lacy Clay claims the removal of a painting by one of his constituents was an act of censorship that violates the 1st Amendment.”

“Spiderman” art thief gets eight years for €100 million heist of works including Matisse and Picasso (France)
(20 February 2017; The Telegraph)
For breaking into the Musée d’Art Moderne in 2010 and leaving with major artworks.

Sotheby’s catalogue mistakenly includes work forged by Wolfgang Beltracchi (Germany, UK)
(24 February 2017; The Art Newspaper)
The fake wasn’t even being sold in the auction, was used to illustrate an authentic piece. Unclear how such a slip up could occur.

The Grand Master’s dagger (Malta)
(26 February 2017; Times of Malta)
Should Jean de Valette’s dagger and sword be returned to Malta from the Louvre?

Swiss tycoon’s ex ‘destroyed $25million art collection after using a blowtorch to empty out the safe in their Paris pad during nasty divorce and leaving behind just her wedding ring’ (Switzerland)
(24 February 2017; The Daily Mail)
It is unclear which specific works were damaged

Policeman sacked for keeping gold coin proceeds (UK)
(20 February 2017; BBC News)
The officer found gold coins while metal detecting and did not report them as required by law.

Public asked to photograph ‘secret collection’ of works stored in homes across the UK (UK)
(20 February 2017; The Art Newspaper)
They are meant to be publicly accessible as part of a tax relief scheme, but are they?

Two valuable Lenkiewicz paintings have been stolen from a Plymouth home (UK)
(20 February 2017; The Herald)
The pieces were taken in an overnight break in.

World’s most infamous art forger legally sells fake Lowry-style paintings at auction for triple the expected value (UK)
(21 February 2017; The Sun)
“Each bear Lowry’s signature, an incorrect date of when they were painted and state on the back: “2015, Shaun Greenhalgh after L.S Lowry””

Popular Billericay park statue is stolen (UK)
(23 February 2017; The Enquirer)
‘Child in the Park’ by John Doubleday was stolen and is suspected of having been melted down.

Dunfermline man jailed for art theft (UK)
(24 February 2017; Dunfermline Press)
The man stole the painting while on early release from a prior sentence.

Why are England’s heritage bodies supporting the Stonehenge Bypass? (UK)
(24 February 2017; Apollo)
“Three of the organisations charged with the protection of Stonehenge’s landscape are not just supporting this roadscheme, but are endorsing the fallacy that building a new dual carriageway within a World Heritage Site”

Idiots vandalising ancient Aboriginal rock art in Flinders Ranges (Australia)
(26 February 2017; The Advertiser)
“No one has been prosecuted for the vandalism under the Aboriginal Heritage Act, due to the lack of witness accounts.”

With an eye to national identity, Beijing vows to stem loss of cultural treasures (China)
(20 February 2017; South China Morning Post)
“Beijing has pledged to take greater steps to protect its wealth of cultural artefacts, in part by meting out stricter punishment for the theft or destruction of relics.”

Panchaloha idol stolen from temple near Ariyalur (India)
(27 February 2017; The Times of India)
A Ganesha was stolen after the priest went home for the night.

Police clueless about stolen Dattatreaya Statuette (Nepal)
(22 February 2017; eKantipur)
Other statues from this theft have been recovered but the primary one is still missing.

At Bhaktapur Durbar Square today (Nepal)
(26 February 2017; The Himalayan Times)
Slow reconstruction but a note that idols are being kept in a secure location with special military guards

South Korean Government Accused of Blacklisting 9,000 Artists—Here’s What You Need to Know (South Korea)
(17 February 2017; Artsy)
The artists were seen as being critical of the government and were barred from receiving state funds.

Azerbaijan to appeal to UNESCO over illegal archaeological activity in occupied lands (Azerbaijan, Armenia)
(24 February 2017; APA)
The alleged archaeological encroachers are from the UK and Spain.

Iraq hopes to reclaim heritage lost to Islamic State group (Iraq)
(23 February 2017; The Daily Mail)
On a UNESCO meeting regarding the theft and return or Iraqi cultural objects

The Monk Who Saves Manuscripts From ISIS (Iraq, Syria)
(23 February 2017; The Atlantic)
A feature on the work of Father Columba Stewart

Ancient artefacts leave Iraq for the 57th Venice Biennale (Iraq, Italy)
(20 February 2017; The National)
“Apart from those recovered in recent years after being looted following the US-led invasion that toppled Saddam Hussein in 2003, the artefacts — loaned by the National Museum of Baghdad — will be leaving Iraq for the first time.”

Looted Iraqi Art, Since Recovered, Will Be Shown at the Venice Biennale (Iraq, Italy)
(20 February 2017; The New York Times)
“The ancient works come from the National Museum of Iraq, which was looted after the American-led invasion of the country in 2003 and stayed closed until 2015”

Family catches antiquity thief in the act (Israel)
(20 February 2017; Arutz Sheva)
They chanced upon a man with a metal detector digging at the Hurbat Bazka archaeological site in the Givat Sar neighbourhood of Modiin.

Minister offers Turkish mayor elephants for ancient Hebrew inscription (Israel, Turkey)
(23 February 2017; The Times of Israel)
Well, why not? Apparently Netanyahu tried to offer other antiquities for it, but does elephants up the game?

Palestinian nabbed at crossing with sack of ancient coins (Israel, Palestine, Jordan)
(20 February 2017; The Times of Israel)
The man was crossing from Jordan into the West Bank.

24-hour Strike on Monday Will Close Museums and Archaeological Sites Throughout Greece (Greece)
(19 February 2016; Greek Reporter)
Among other things, they are calling for the hiring of 200 new site guards.

Turkish Publisher Shuts Down Magazine for Printing Moses Cartoon (Turkey)
(23 February 2017; Hyperallergic)
“The cartoon has disturbed society and disturbed us as a publishing company”

Pontormo Failure Prompts Calls for Tighter UK Heritage Protection Rules (UK)
(17 February 2017; ArtNet News)
Export “license applicants should be required to give a clear and legally binding commitment to abide by the rules”

Collector Shelley Rubin Says She Was Duped Into Buying $18 Million Worth of Fake Jewels (USA)
(22 February 2017; ArtNet News)
The fraudsters allegedly pushed Rubin to buy “museum quality” pieces that turned out to be fakes