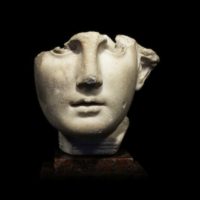 Hot this week: Short because compiled on location in Beirut

Why auctioneers are buying into forensics
(13 February 2017; The Art Newspaper)
So many fake scandals, this article calls for experts to develop some ‘entrepreneurial nerve’

Stolen Guercino found in Casablanca (Morocco, Italy)
(16 February 2017; ANSA)
It was stolen from the San Vincenzo church in Modena and was offered for sale by three individuals to a Moroccan businessman.

One of Africa’s largest art collections is under threat (South Africa)
(16 February 2017; Quartz)
The Johannesburg Art Gallery is in a poor state.

Rescatan material arqueológico maya (Maya material recovered; Mexico)
(12 February 2017; El Expreso)
The pieces were not looted, at least not in modern times. They had formed the floor of a hacienda.

A lawsuit involving American Indian artifacts, alleged excessive force and a Utahn’s suicide has hit another wall (USA)
(13 February 2017; The Salt Lake Tribune)
A wrongful death suit related to a suicide by a doctor arrested for antiquities looting.

181 artifacts from looted site found, BLM asks for help (USA)
(15 February 2017; St George News)
“In the wake of the looting of a prehistoric Native American village near Beaver Dam, Arizona, land managers are asking the public’s help in protecting the wide variety of cultural resources located on the Arizona Strip.”

Meadows Museum confirms two Spanish paintings once stolen by Nazis (USA)
(16 February 2017; SMU Daily)
“In checking the Meadows provenance on each painting, it was obvious that either their provenance was wrong as there was no mention of any Nazi past, or the two paintings in the photographs were copies.”

One more bone inventory, then Kennewick Man may finally go home (USA)
(17 February 2017; Seattle Times)
The Army Corps of Engineers confirmed that they are doing an inventory and final transfer papers.

A year later, questions still unanswered in Civil War museum gun theft (USA)
(17 February 2017; ABC United States)
The city both doesn’t know who committed the theft nor if the museum will get an insurance payout.

Bosnian Stolen Artworks Database to Combat Art (Bosnia)
(14 February 2017; Balkan Insight)
The “authorities do not have a central database of lost and stolen artworks from the country, so an NGO has made one for them.”

Cyprus ‘very interested’ in return of Parthenon Marbles says Kadis (Cyprus, Greece)
(15 February 2017; Cyprus Mail)
“We are interested in this campaign because of our Greek heritage but also as a nation which has suffered from the pillage and the destruction of its cultural heritage and the theft of artefacts from the place they belong”

Italy Recovers 14 More Paintings, Including a Salvador Dalí, From Collection of Mafia Boss (Italy)
(13 February 2017; ArtNet News)
“125 paintings from the same criminal collection are already on view in a government exhibition.”

Tourist Arrested For Vandalizing Colosseum With Ancient Coin (Italy)
(18 February 2017; Travelers Today)
A French woman named Sabrina carved her name and the year into a pillar at the entrance.

Here’s Your Chance to See Cornelius Gurlitt’s Infamous Art Trove (Switzerland, Germany)
(16 February 2017; ArtNet News)
The Bern Museum has them and are putting some on display despite suit and controversy.

Reports of illegal metal detecting near the historic Weeting Castle (UK)
(13 February 2017; Watton & Swaffham Times)
“The incident is believed to have involved seven men and to have taken place around Weeting Castle area over three consecutive nights towards the end of January and beginning of February.”

Art enthusiast devastated after Bradford on Avon gallery raided and £10,000 of paintings stolen (UK)
(18 February 2017; Wiltshire Times)
They were stolen from Le Corre Art Gallery in Bradford on Avon

Thieves steal £2m of rare books by abseiling into warehouse (UK)
(12 February 2017; The Guardian)
The books, some of which were from the 15th and 16th centuries, were taken from a facility near Heathrow.

Mission impossible: trying to flog a stolen 500-year-old Dante manuscript (UK)
(13 February 2017; The Guardian)
“Tome raiders” and a lot of obsession with abseiling on top of what seems to be a devastating book loss.

Ancient statue a riddle for experts (Cambodia)
(13 February 2017; Khmer Times)
The authorities depend on the public to report chance finds like this one, not move them on to the market.

Battle over Kiefer’s Beijing show escalates as curator rejects dealers’ objections (China)
(14 February 2017; The Art Newspaper)
“The artist protested that it was organised against his wishes and without his consent, and refused to attend”

Maoists deny hand in destruction of ancient Ganesha idol; Cops have their doubts (India)
(12 February 2017; The New Indian Express)
The CPI says that the police are trying to defame them by blaming them for this act of vandalism.

13 years on, no sign of ‘ancient’ paintings missing from Qila Mubarak (India)
(13 February 2017; The Times of India)
It is thought that the paintings were taken during renovations by the ASI

Thieves who stole Satyarthi’s Nobel don’t remember if they took certificate (India)
(14 February 2017; Deccan Chronicle)
An this may be the most valuable item taken, the actual citation.

Bihar govt to prepare list of idols, artefacts in temples (India)
(16 February 2017; The Times of India)
A “two-man” [grumble] committee in every district has been set up to coordinate between temples and police to record contents of at-risk temples.

More antique wooden sculptures, carvings recovered from Nanda (India)
(12 February 2017; The Indian Express)
“Fresh searches conducted at the godown on second floor in central Byculla yesterday revealed that it was camouflaged as an abandoned mezzanine floor in the industrial estate”

DRI vs Nanda case: DRI recovered antique Mughal sculpture during searc (India)
(12 February 2017; India Today)
Officials say that Nanda lied about the the godown, saying it was empty and he didn’t have the key to it.

Case of Japan painting theft to be concluded by early March (Japan, Thailand)
(16 February 2017; The Nation)
Thailand is probing what happened and deciding what to do about an official who stole paintings from a hotel in Japan.

4 held with ancient Buddha idol (Nepal)
(16 February 2017; The Kathmandu Post)
Very little offered in this case. The four were arrested and named in the article.

In West Bank, Israeli And Palestinian Archaeologists Both Lay Claim To Heritage (Palestine, Israel)
(16 February 2017; WKNO)
“According to an Israeli-Palestinian agreement, the status of the West Bank — and the artifacts found there — are to be negotiated in eventual peace talks. Until then, the military archaeologists continue to dig — and grant excavation permits to Israeli academics to dig — in the West Bank.”

Stolen artifacts from Turkey found in Germany (Turkey, Germany)
(14 February 2017; Hurriyet Daily News)
They were stolen from the Kocaeli Archaeology museum and were found for sale online via Sixbid auction house. The house will not accept that the pieces are stolen.

From Rabindranath Tagore to Kailash Satyarthi, when burglars aimed for the Nobel (General)
(5 February 2017; The Economic Times)
Following several Nobel thefts in India, some stories of Nobel medal heists.