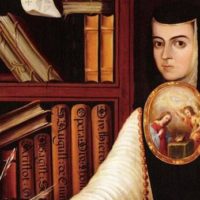 Hot this week: Criminal collecting from a US mayor

How should museums respond to art smuggling scandals?
(24 January 2017; Apollo)
“As long as museums set a high ethical standard for collecting and establish responsible research practices that discourage the circulation of recently-looted objects, there is no reason not to continue to acquire antiquities.”

The Worst Art Thefts of the Past Century
(29 January 2017; The Daily Beast)
Not sure how “worst” is gauged, but here are some.

RCMP investigate art theft and other crimes (Canada)
(25 January 2017; Fairview Post)
The art is a bit questionable if we are being honest.

SQ art squad seizes stolen Riopelle paintings (Canada)
(25 January 2017; CTV)
They were stolen in 1999, “police have yet to arrest anyone in connection with the stolen paintings.”

Recovery of three stolen Riopelle paintings just tip of iceberg (Canada)
(26 January 2017; The Globe and Mail)
“Art is currency for Quebec’s biker and Mafia gangs who have their own internal trade on the prestigious items.”

Cuban Dissident Artist ‘El Sexto’ Released From Maximum Security Prison (Cuba)
(23 January 2017; ArtNet News)
“On November 26, 2016, El Sexto was violently taken from his home in Havana by police, who gave no reason for his arrest.” No reason was given for his release either.

Bronx Museum Won’t Get Loan of Art From Cuba (Cuba, USA)
(23 January 2017; The New York Times)
Unclear exactly why as threat of seizure based on expat claims are less of a threat

Devuelven parte de las joyas robadas en Parla (Some of the jewels stolen in Parla returned; Ecuador)
(26 January 2017; Vivir en Parla)
The pieces, taken from the brotherhood of Our Lady of Soledad in Parla; it is being said that 100% return is the only act of repentance

Peru: Stolen paintings recovered in U.S. return to Cusco (Peru, USA)
(27 January 2017; Andina)
The two paintings were stolen from a Cuzco church in 2001 and were located at an Austin auction house.

My Niece Has My $1M Kandinsky Painting in Her FIT Dorm Room, Aunt Fears (USA)
(19 January 2017; DNA Info)
In a court filing the aunt claims the niece wrongfully took the painting from her late grandmother Faith Dorian-Wright’s home.

Immigration Customs Enforcement’s Other Job: Recovering and Repatriating Cultural Property (USA)
(25 January 2017; The National Law Review)
A quick look at some of the cultural property work of the Homeland Security Investigations Unit.

This Holocaust Remembrance Day, Something to Cheer For: Obama’s HEAR Act (USA)
(27 January 2017; Observer)
“The new law has a 10-year “sunset” provision, requiring Congress to extend the law or approve a new statute if it wishes to provide continuing assistance to the families seeking the return of Holocaust-era art.”

Pennsylvania mayor due in court over hoard of wild west memorabilia (USA)
(22 January 2017; The Guardian)
The Harrisburg Mayor is on trial for 112 counts of receiving stolen property concerning 1,800 wild west artefacts.

Ex-Mayor Reed admits carelessness, not criminality, in pleading guilty to stealing city artifacts (USA)
(23 January 2017; Penn Live)
‘”How they got into some box when moving out of office seven years ago, I don’t know,” he said after pleading guilty to the 20 felony and misdemeanor counts of receiving stolen property.’

‘Almost pathological preoccupation’ with Wild West artifacts may land ex-Harrisburg mayor in prison (USA)
(26 January 2017; TribLive)
“Using public money, Reed ultimately spent more than $8 million on some 10,000 items” and he took some of them home.

Former Harrisburg mayor Stephen Reed gets probation, small fine in stolen artifacts case (USA)
(27 January 2017; Central Penn Business Journal)
“Reed was indicted in the summer of 2015 on nearly 500 theft, bribery and corruption charges, but most of those charges were later dropped because too much time had passed since he left office.”

To catch a thief (USA)
(25 January 2017; Corvallis Gazette-Time)
Lynne Richardson McKee discusses her time as the head of the FBI Art Crime Unit

Belarusian experts to authenticate Shishkin’s painting discovered near Minsk (Belarus)
(25 January 2017; Belarus News)
The piece was stolen from the Vyazniki History and Art Museum in 2013 and was seized during a drug ring bust.

The museum director, the culture minister, and more trouble in Brussels (Belgium)
(23 January 2017; Apollo)
“A long-running feud between the Royal Museums of Fine Arts in Brussels and Belgium’s federal government got personal in December when the institution’s director general, Michel Draguet, filed a legal complaint against Elke Sleurs, the minister who oversees the museums”

Cyprus Police seize 1.383 artworks and antiquities during operation “Pandora” (Cyprus)
(23 January 2017; Famagusta Gazette)
Meaning over 1/3 of the 3,561 objects seized in the operation were in Cyprus.

Looted Syrian antiquities for sale in Denmark: police (Denmark, Syria)
(24 January 2017; The Local)
Well they have fakes on their hands and police don’t think the objects are even in Denmark.

Art worth €50k must be handed over, court rules (Ireland)
(23 January 2017; The Herald)
Handed over to their original owners. They were seized from the home of a ‘collector’.

“Królowa Korony Polskiej” wróci do kraju? (“Queen of the Polish Crown” will return to the country?; Poland)
(27 January 2017; Dziennik Polski)
The Jan Matejko piece missing since WWII has surfaced on the market.

Documentary on the looting of 2000 year-old Dacian bracelets premiers at the Bucharest’s National History Museum (Romania)
(23 January 2017; Romania Insider)
The documentary, The Hunt for Transylvanian gold premiered on 25 January.

Russian Dissident Artist Pyotr Pavlensky Seeks Political Asylum in France (Russia, France)
(16 January 2017; ArtNet News)
“A Russian actress has accused him and his wife of sexually assaulting her” which is complicated by his constant arrest and harassment in Russia which makes such charges difficult to fully accept on their face.

Warning of vandalism to mammoth graveyards in Arctic from unscrupulous bone hunters (Russia)
(25 January 2017; The Siberian Times)
“At least seven woolly mammoth cemeteries in the Siberian Arctic have been ‘ruined’ over the past decade, a senior academic and researcher has warned.”

Roban cuatro imágenes de santos de la ermita de San Antonio de Frailes (Four sculptures of saints stolen from the hermitage of San Antonio in Frailes; Spain)
(27 January 2017; Alcalá la Real)
The mayor says that the theft occurred in the middle of the day and may be related to a church sculpture theft at the village of Santa Ana.

Geneva Art World Pens Anti-Money-Laundering Guide Amid Scandals (Switzerland)
(25 January 2017; Bloomberg)
The guide comes after Syrian antiquities (and plenty of others) were seized at Free Ports

This Sex Doll Actually Scared Away Burglars, Is The Hero 2017 Deserves (UK)
(22 January 2017; Elite Daily)
The doll, Shela Louise, may have looked so real that the burglars who entered a West Sussex art shop decided to leave.

Three years in prison for man who faked Norman Cornish artworks (UK)
(24 January 2017; The Northern Echo)
“Richard Pearson pocketed £35,000 by convincing a respected art gallery that 14 forgeries in his possession were genuine works by the celebrated Spennymoor artist.”

Norfolk policeman who sold gold coins he found could face suspended sentence (UK)
(25 January 2017; Eastern Daily Press)
“David Cockle, who was a serving police officer in Norfolk at the time of the theft, sold the Merovingian Tremissis coins for £15,000 to a dealer, despite having a contract with the landowner the split the proceeds of any find”

Celebrity hotspot Belsize Village ‘besieged by burglars’ (UK)
(27 January 2017; Evening Standard)
“More than £30,000 in cash and stock have been stolen in the raids, including a rare painting and thousands of pounds worth of cigarettes.”

Stunning portrait stolen by the Nazis finds a permanent home in Cambridge ahead of Holocaust Memorial Day (UK, Germany)
(27 January 2017; Cambridge News)
The piece belonged to an Austrian psychoanalyst who died in Auschwitz. It war repatriated to his mother, Baroness Henriette von Motesiczky, after the war.

HMAS Perth at mercy of scavengers 75 years after being sunk (Australia)
(28 January 2017; WA Today)
“Besides parts of the ship being stolen, its condition has also been worsened by nature.”

Art returned after burglary admitted (New Zealand)
(23 January 2017; Otago Daily Times)
The freezing works worker who took the pieces, one a giant tiki, admitted to drinking heavily before the theft.

‘Ashtadhatu’ idols stolen from temple in UP (India)
(23 January 2016; PTI News)
The temple in Balrampur is about 20o years old.

बिहार में मंदिर से 11 कीमती मूर्तियों की चोरी (11 Precious Statues Stolen from Temple in Bihar; India)
(25 January 2017; Samay Live)
It is noted that the stolen statues are of a kind that is marketable internationally.

Temples, a new target for thieves (India)
(25 January 2017; The Times of India)
They list the targets as temple donations and jewellery from on the deities.

Bronze idol worth lakhs stolen from temple (India)
(27 January 2017; News Today)
The grill gate was found to be broken and the idol of the Goddess Mariamman was taken

1100-year-old Ganesha idol falls from Bastar hilltop, cops suspect Maoists’ role (India)
(28 January 2017; The Times of India)
At first it was thought the piece was stolen but it was found shattered in the foothills.

Thai Official Arrested in Japan With 3 Paintings From Hotel (Japan, Thailand)
(25 January 2017; The New York Times)
“Police in Kyoto said Suphat Saquandeekul was arrested Tuesday after they found the paintings in his luggage as he was checking out.”

Thailand seeks freedom of official jailed in Japan for theft (Japan, Thailand)
(27 January 2017; Khaoso)
“Suphat, a deputy director of Department of Intellectual Property, was in Kyoto for a meeting” when he allegedly stole the hotel paintings.

Campaigners call for sacking of official in Japan painting theft scandal (Japan, Thailand)
(28 January 2017; The Nation)
“It said Suphat, 60, had committed a “shameful” crime and humiliated the reputation of Thai government around the world.”

Locals obstruct temple rebuilding, demand participatio (Nepal)
(25 January 2017; My Republica)
“Locals protested against the reconstruction work, accusing the Department of Archaeology (DoA) of keeping them in the dark about the work and excluding them from involvement in the reconstruction of the historic temple in their own locality.”

Pakistan’s Moenjodaro is crumbling away (Pakistan)
(23 January 2017; Al Jazeera)
This article breaks my Mohenjodaro-loving heart. Note in 2002 the museum was robbed.

South Korea Can Keep Buddha Statue Stolen From Japan, Court Says (South Korea, Japan)
(26 January 2017; The New York Times)
“A court ruled Thursday that a South Korean temple can have a Buddha statue that was stolen from a Japanese temple in 2012, on the grounds that it had been taken from Korea centuries earlier by Japanese pirates.”

Terror fear hits Troy (Turkey)
(24 January 2017; Hurriyet Daily News)
Visitors to the site have decreased by more than half compared to 2015, with security suspected as the prime problem.

A no-strike list may shield Yemen’s ancient treasures from war (Yemen)
(23 January 2017; New Scientist)
“Despite protests from UNESCO, some strikes seem to have targeted historic sites that are of no strategic value”

The Fraudster and the Little Bird (India)
(23 January 2017; Ahmendabad Mirror)
A story of the odd underworld of fake Indian bird sitings, specimens and theft.

Ancient Welby church banned from displaying ‘tasteless’ plaque thanking lottery windfall (UK)
(23 January 2017; Leicester Mercury)
A condition of getting Lottery Fund money is displaying where the money came from, but apparently some view the plaque as tasteless on a 12th century church

This Artist Turned Her Father’s 500-Page FBI File into Art (USA)
(19 January 2017; Artsy)
The FBI put Rodney Barnette under heavy surveillance for being a member of the Black Panther Party.

South Dakota museum wins legal battle over the $75,000 guitar Elvis played on his inal tour in 1977 (USA)
(24 January 2017; The Daily Mail)
The guitar was donated to The National Music Museum but a collector claimed the donor had agreed to sell it to him.