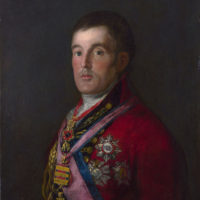 Online courses: your passport to a new career
(20 January 2017; The Guardian)
A short featured on Online Learning that features the PGCert in Antiquities Trafficking and Art Crime at the University of Glasgow. Sign up here!

Royal golden ring stored in Egyptian Museum not stolen as claimed (Egypt)
(15 January 2017; Ahram Online)
There was a misunderstanding about a delay in a request to see the ring. The ring is there.

Movie director arrested over archaeological paintings theft (Egypt)
(20 January 2017; Egypt Independent)
The director confessed to submitting a fake permit to enter the Museum of Modern Art where he stole five ancient paintings and replaced them with fakes. This was apparently captured on film.

Cairo’s Museum of Islamic Art to open Friday after two-year closure (Egypt)
(18 January 2017; Ahram Online)
This is the museum that was damaged in a bomb attack outside of it in 2014.

How Egypt is trying to stop looting at ancient mosques (Egypt)
(20 January 2017; Al Monitor)
The state has decided to move old mosque artefacts to ministry warehouses for their protection.

70 pieces of art worth $750K stolen in northern Alberta: RCMP (Canada)
(19 January 2017; Global News)
The “more than 70 pieces, including prints and statues, were being moved to an undisclosed auction house”

Cuban collector’s heirs settle over Wifredo Lam painting that resurfaced in Miami (Cuba, USA)
(19 January 2017; The Art Newspaper)
“A painting that the heirs of a Cuban collector maintain was looted after the 1959 revolution is now on sale for the second time in Miami after a restitution case was settled quietly this summer”

Aparece el 60% de las joyas robadas hace tres días a una hermandad de Parla (60% of stolen jewels reappear after three says at the hermitage of Parla; Ecuador)
(19 January 2017; Tele Madrid)
The items, many of which were very old, ware dumped at the door.

Archaeologists and Metal Detectorists Find Common Ground (USA)
(16 January 2017; The New York Times)
Is the fun finding or is the fun keeping? If it is finding, we can work together.

Sarasota police searching for art thieves (USA)
(17 January 2017; Fox)
They walked in, the walked out with art, they’re on CCTV

Former local professor, son, submit motion to dismiss lawsuit in art forgery case (USA)
(19 January 2017; Sentinel Source)
‘The Gascards offer a range of arguments about why the suit should be dismissed. A central argument in their filing is that Hall “(lumps) together and (fails) to particularize each defendant’s role in the fraud.”’

BLM requests public’s assistance in preserving cultural resources for current and future generations of Americans (USA)
(19 January 2017; KCSG)
“The theft, disturbance, or vandalism of archaeological resources, including surface collection of arrowheads or pottery sherds is not only illegal, these activities strip sites of precious resources that aid scientists in their study of earlier occupants. “

Second Old Master Painting a Fake, Sotheby’s Says in Lawsuit (USA)
(17 January 2017; The New York Times)
The lawsuit is against the collector who consigned the painting and it is tied to the other Old Master fakes surfacing now.

Old Masters, new scandal, as a `Parmigianino’ painting is deemed a fake (USA)
(20 January 2017; Apollo)
“But can an in-house authentication service ever be viewed as entirely impartial?”

Swiss Antiquities Dealer Files $77 Million Suit Against Getty Museum (USA, Switzerland)
(17 January 2017; ArtNet News)
The dealers, who have previously been convicted of antiquities-relates offences, say the Getty cut them out of a deal to buy from the Torlonia family.

Rome mulls no-go zone around Colosseum after acts of vandalism (Italy)
(17 January 2017; The Telegraph)
Folks who try to climb the Colosseum ruin it for everyone.

Tourist Returns Stolen Cobblestone to Rome With Apology Note (Italy)
(19 January 2017; Condé Nast Traveler)
It is apparently common for sampietrini to be stolen

Young church bell thieves fined, given suspended sentences (Malta)
(17 January 2017; Malta Today)
The boys were only 14 and 15 years old when they stole objects, including two bells, from a chapel in Ghaxaq in 2013.

Italy to return stolen Van Goghs to Dutch museum soon (Netherlands, Italy)
(19 January 2017; AFP)
An Italian judge has cleared the return of the two pieces after they were seized from underworld figures in 2016.

German collector appeals Briullov painting seizure in Russian Constitutional Court (Russia)
(18 January 2017; RAPSI)
A Collector brought the painting into Russia bit didn’t declare it so it was considered smuggled and confiscated. He is appealing all that.

Una macrooperación de la Europol permite recuperar más de 3.500 obras de arte (A Europol macro-operation results in the recovery of more than 3,500 art objects; Spain)
(22 January 2017; La Vanguardia)
Including photos of some of the 3,561 objects seized by police. Looks to be a lot of coins among other things.

Spanish Police Announce Arrests in Cultural Artifacts Ring (Spain)
(22 January 2017; The New York Times)
Police say 75 people have been arrested and at least 19 objects seized were stolen from the Murcia archaeology museum in 2014.

Thieves steal lead from church roof (UK)
(19 January 2017; BBC News)
Laurieston Parish Church was undergoing repair work when the theft occurred and the thieves got on the roof via the scaffolding.

The strange case of the ancient Assyrian curse and the Commissioner of the Metropolitan Police (UK, Syria, Switzerland, Lebanon)
(21 January 2017; The Telegraph)
A new twist in this long-simmering case with the person who consigned the obvious-looted stela to Bonham’s now going after Scotland Yard who is holding it.

Angkor what? How Cambodian workshops get away with fake masterpieces (Cambodia)
(16 January 2017; In Daily)
“While peace has thankfully returned to Cambodia, the lucrative production of fakes continues.”

His shehnais gone, sons say music died long ago at Bismillah home (India)
(16 January 2017; The Indian Express)
“Only two of Bismillah Khan’s shehnais remain, one silver and one wooden, and are now in the possession of police”

Hyderabad: Stolen antiques make their way back home (India, Australia)
(16 January 2017; Deccan Chronicle)
“Perseverance, evidence, hot pursuit and diplomacy are paying off in the retrieval of stolen and smuggled antiquities from abroad.”

Silver ornaments worth Rs. 5 lakh stolen from temple (India)
(19 January 2017; The Hindu)
The thief deactivated the CCTV before the theft on the banks of the river Godavari.

Hindu Aikyavedi to protest theft of idol in Vaniyambalam temple (India)
(21 January 2017; The New Indian Express)
Nearly 500 activists are expected to take part in the march.

2 arrested over Karave temple theft case (India)
(18 January 2017; The Times of India)
There are still apparently two more thieves who haven’t been arrested. What was taken was the silver backdrop for the idol.

Iraqi artist recreates ancient works destroyed by IS (Iraq)
(17 January 2017; Dawn)
A feature on the work of Nino Thabet who is working on pieces inspired by Nimrud

Ghost churches near Jordan River baptism site await reclamation (Palestine)
(18 January 2017; Reuters)
If, of course, they can remove the landmines.

British woman returns 4,500 year-old Yortan jug to Turkey (Turkey, UK)
(19 January 2017; Daily Sabah)
And the auction house told her to do it! Kudos to everyone and extra kudos to Adam Partridge Auctioneers and Valuers in Macclesfield.

‘Nothing fishy’: Canadian owners of ancient fossils repatriated to China deny any wrongdoing (Canada, China)
(17 January 2017; National Post)
“When ham-fisted amateurs take stuff out with a claw hammer, stuff’s going to get lost and ruined”

The Big Couture Rip Off (General)
(16 January 2017; The Fashion Law)
What is authenticity in fashion?

Driver Crashed Into SoHo Museum, Fled N.J. Police: NYPD (USA)
(17 January 2017; Patch)
And he actually got away on foot.