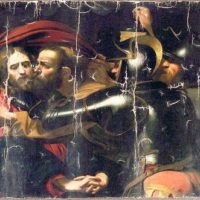 Lawyer, driver arrested for possession of 29 artifacts (Egypt)
(18 November 2016; Egypt Independent)
Two men (one, a lawyer) were arrested for the theft of 29 hieroglyphic-bearing cultural artefacts while driving a mini-bus.

Minister condemns illegal trafficking of artefacts (Nigeria)
(17 November 2016; Gistmaster)
The Minister of Information and Culture of Nigeria has commended ARAN for it’s work to prevent the illegal exportation of Nigeria’s cultural heritage and promises to support Agbo’s organisation in the future.

To be seen nevermore? Raven sculpture vanishes from artist’s downtown studio (Canada)
(14 November 2016; Ottawa Citizen)
Local artist Christopher Griffin plans to file a police report if no one contacts him regarding the stolen raven sculpture.

Donation Returns Over 200 Indigenous Art Objects to British Columbia (Canada)
(16 November 2016; Hyperallergic)
British Columbia celebrates the donation of many indigenous cultural objects to its anthropology museum as a signifier of more repatriations to come.

170-year-old painting stolen from N.J. museum (USA)
(16 November 2016; KHOU)
The museum lacked adequate security and CCTV, which made it an easy target for theft.

Art Recovery International Launches Global Database to Protect Cultural Heritage (USA)
(16 November 2016; ArtNet News)
“Artive will serve as the first non-for-profit to identify claims in regards to artworks, and will consolidate the seemingly-limitless amount of information about at-risk, stolen, looted, and destroyed works of art and cultural property.”

Alec Baldwin compares buying faux art to a bank robbery (USA)
(18 November 2016; Page Six)
Baldwin, upset by his purchase of a forged Bleckner painting, is suing the art dealer who sold it to him in order to set an example.

Richard Prince Slapped With Yet Another Copyright Lawsuit (USA)
(18 November 2016; ArtNet News)
The work of Richard Prince, which is often a social media-framed appropriation of the works of others, has gained controversial attention for the lawsuit filed by photographer Eric McNatt over the use of a picture of Sonic Youth’s Kim Gordon.

Antiquities department had no power to act in Salamis case, auditor-general rules (Cyprus)
(16 November 2016; Cyprus Mail)
Thoc, the state theatre company, put on a production of Antigone in the ancient Salamis theatre in northern Cyprus without the permission of the Antiquities Department. An auditor claims permission was not necessary.

Alphonse Mucha’s grandson sues Prague to stop Asian tour of Slav Epic (Czech Republic)
(14 November 2016; The Art Newspaper)
Gifted to Prague on the condition it was to remain in the city on display for the public, Mucha’s heirs fight to keep the Epic from travelling abroad.

Scotland back in the day: The complex tale behind how Elgin lost his Marbles (Greece, UK)
(15 November 2016; The National)
The author of this piece sides with the British Museum in the controversial debate by suggesting that the repatriation of the Parthenon Marbles would create a chain reaction of other countries demanding back their cultural objects which have become “British national treasure”.

Rome in shock as Bernini elephant statue vandalised (Italy)
(15 November 2016; Telegraph)
An act of suspected vandalism leaves the Bernini elephant with a broken tusk and marks along its trunk.

Found Sketchbook With Drawings Is Not By Van Gogh, According To Van Gogh Museum (Netherlands)
(15 November 2016; Van Gogh Museum)
Amongst various stylistic discrepancies, the cafe ledger which was supposed to confirm the existence of the sketchbook has evidently been tampered with, which makes the case all the more suspicious.

Van Gogh Museum disputes newly discovered sketchbook (Netherlands)
(15 November 2016; CBC)
Welsh-Ovcharov, the leading expert defending the authenticity of the sketchbook, claims the authority of connoisseurship will be threatened if the van Gogh Museum continues to call the sketchbook a fake. However, the credit she is taking for the initial discovery makes it apparent that she has a personal stake in the whole dispute.

“Unprecedented” Van Gogh Sketchbook Controversy, Explained (Netherlands)
(17 November 2016; Artsy)
In what seems to be a battle of connoisseurship, two respected van Gogh scholars disagree with the van Gogh Museum over the authenticity of a newly discovered sketchbook.

Bjarne Melgaard’s Brush with Customs Officials Helps Change Outmoded Laws in Norway (Norway)
(18 November 2016; ArtNet News)
After his artwork was seized at Customs for not being hand-drawn, Melgaard has helped to change the way Customs processes and confiscates works of art.

Spaniard jailed for destroying Neolithic cave to make an animal shelter (Spain)
(13 November 2016; The Telegraph)
A Spanish mine operator has been charged with a “crime against heritage” after using mechanical equipment to widen a cave once use for shelter sometime between 8000 BC – Bronze Age. Burial sites, ceramics, drawings, and carved bones were destroyed.

Stealing Hosts for anti-Catholic art? Not illegal, Spanish judge says (Spain)
(16 November 2016; Catholic News Agency)
An artist was dismissed of all charges after stealing consecrated hosts and using them in a provocative photoshoot for an art exhibition. The Spanish Association of Christian Lawyers is filing an appeal.

Treasures worth billions ‘hidden in free ports to fund Isis’ (Switzerland)
(13 November 2016; i News)
Although direct linkage between the Islamic State and free ports is a bit of a stretch, it is true that free ports attract a diverse array of illicit activity, especially where trafficked cultural objects are concerned.

Police hunt thieves who stole lead from three buildings in West Dunbartonshire (UK)
(15 November 2016; Dumbarton Reporter)
There have been a series of incidents around the Dumbarton area of stealing lead from the roofs of public buildings such as churches, historical castles, and primary schools.

Artworks by Joan Collins’s Son Stolen When Shipped to Collector (UK, USA)
(15 November 2016; ArtNet News)
British art collector seeks to claim insurance on three commissioned paintings stolen during shipment. However, it is unknown whether the art was stolen in transit or after the collector received it.

London Colney aircraft museum has stolen propeller replaced – 11 years after it was taken (UK)
(19 November 2016; The Herts Advertiser)
After the original propeller was stolen for scrap metal, a new one was gifted to the museum made of fibreglass.

History re-told through the Gweagal shield (Australia, UK)
(18 November 2016; Varsity)
“The hole is the consequence of the first musket shot fired in what would become the conquest of indigenous Australia.”

Ancient art returning home (China)
(14 November 2016; China.org.cn)
After being unearthed in 1922 in the Hunan province of Central China, the bronze wine vessel has been returned to China after surfacing at a Christie’s auction in New York.

Villagers try to retrieve stolen corpse of their ancestor from the Netherlands (China, Netherlands)
(16 November 2016; Global Times)
Van Overeem, current owner of the Buddha and corpse, will only return the sculpture upon certain prerequisites that would put a strain on the small village.

Beijing museum says Anselm Kiefer exhibition will go ahead despite artist’s protest (China)
(18 November 2016; The Art Newspaper)
“The dispute has meanwhile sparked a social media firestorm within the Chinese art world, as artists and curators debate the ethics and legality of an august local institution ignoring the express interests of an artist beloved here.”

Tourists disappointed on not finding antique idols in Baijnath temples (India)
(13 November 2016; The Times of India)
The rare idols are only accessible after getting permission from the Archaeological Survey of India, who keeps them locked away for the promise of a future museum.

Demonetisation will not affect the auction market, say Saffronart owners (India)
(14 November 2016; The Indian Express)
An up-and-coming auctioneer claims that if the Indian government does not loosen its regulation and taxing of art, India will start to see much of its contemporary art sold abroad in the same way much of its antiquities moved out of the country.

Why retrieved antiquities should be sent back to place of origin (India)
(16 November 2016; Hindustan Times)
The creation of an Indian National Antiquities Register could streamline the process of repatriated Indian cultural heritage, which often gets lost in administrative and political bureaucracy.

Stolen Indian idols to be brought to National Museum from Australia (India, Australia)
(16 November 2016; The Times of India)
The National Museum and Gallery of Australia will both be returning idols to India which had been linked to the smuggling network of Subhash Kapoor.

Legal Aspects Of Heritage In India (India)
(18 November 2016; Live Law)
The authors of this piece make a great point about using the local laws to ones benefit in court to ensure the protection of culturally-significant sites. However, the enforcement of international legislation requires cooperation amongst all party states, which is usually difficult to organise in any effective way.

Mystery as wrecks of three Dutch WWII ships vanish from Java seabed (Indonesia, Netherlands)
(16 November 2016; The Guardian)
As part of a larger investigation into shipwrecks in the Java Sea, the Dutch have discovered three of their ships were illegally salvaged for metal and no longer there.

British second world war shipwrecks in Java Sea destroyed by illegal scavenging (Indonesia, UK)
(16 November 2016; The Guardian)
The discovery of a British military shipwreck in the Java Sea was hampered by the apparent looting of its underwater remains and scrap metals.

Publication of ads about stolen artefacts in major dailies ordered (Pakistan)
(17 November 2016; Dawn)
After limited circulation in less popular papers, the Sindh High Court ordered for the story of stolen artifacts from Mohenjodaro to be published in more popular newspapers.

Three More Arrested in South Korea for Producing and Selling Lee Ufan Forgeries (South Korea)
(18 November 2016; ArtNet News)
The forgers took such care in the details of their fakes, the artist Lee Ufan actually believes them to original.

Taiwan museum removes defaced statues given by Jackie Chan (Taiwan, China)
(14 November 2016; Emirates 24/7)
Vandalism of the statues are believed to be politically-motivated, following tension between Taiwan and China.

Public sculptures vandalised in Hue (Vietnam)
(15 November 2016; Vietnam Net)
Many pieces of art along the Huong River are slowly disappearing. The company currently responsible for safeguarding the art is essentially the local Parks Department, which lacks the knowledge of protecting valuable sculptures.

Nimrud: Iraqi forces ‘retake ancient city from IS’ (Iraq)
(13 November 2016; BBC News)
“Troops from the Ninth Armoured Division liberated Nimrud town completely and raised the Iraqi flag above its buildings after inflicting loss of life and equipment on the so-called Islamic State.”

Iraqi forces take Nimrud from IS: why are its artefacts so significant? (Iraq)
(14 November 2016; SBS)
“IS says the ancient monuments are idols that violate the teachings of its extreme form of Sunni Islam, but still sells allegedly forbidden artefacts to fund its operations.”

Nimrud: Photos show IS destruction of ancient Iraqi city (Iraq)
(15 November 2016; BBC News)
After clearing the Islamic State out of Nimrud, the Iraqi army and journalists show the extent of damage done to the cultural heritage of the ancient city.

Arson in the Kidron Valley Damages Architectural Jewels (Israel)
(13 November 2016; The Jewish Press)
“The national park has many visitors but is also, to our regret, often fertile ground for acts of vandalism carried out by law breakers,” Assaf Avraham, director of national park

How NGOs are helping preserve Syria’s heritage (Syria)
(13 November 2016; Al-Monitor)
“‘It is preventive archaeology,’ Frank Braemer, Shirin president and research director at the French National Center for Scientific Research, told Al-Monitor. ‘As soon as the … work of clearing and cleaning sites begins, this will help prevent further destruction’ by providing a clear idea of how the sites’ structures work and what causes damage to them.”