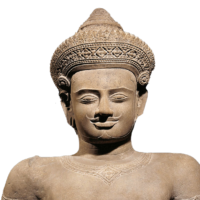 Hot this week: Antiquities moving from public to private collections.

Looking for a Culture Crime helper
(28 October 2016; Property of an Anonymous Swiss Collector)
Looking for a volunteer to help with this email list for 2 months, otherwise it has to go on hiatus. Is that you?

Lessons from the Unfolding Old Masters Forgery Scandal
(27 October 2016; Hyperallergic)
A good break down of this emerging scandal

Christie’s Had ‘Doubts’ About Frans Hals Forgery and Declined to Sell
(27 October 2016; ArtNet News)
Before Sotheby’s sold the fake, Christie’s turned it down.

Police Seek Help Identifying Suspect In Ali Center Art Theft (USA)
(25 October 2016; Lex18)
The painting has been in the museum since 2005 and police say the suspect has been identified.

Gallery Files Lawsuit Against Agnes Martin Authentication Committee (USA, UK, Canada)
(25 October 2016; ArtNet News)
The Mayor Gallery has filed a lawsuit against the Martin authentication committee because of 13 works they refused to add to the catalogue raisonné

Zimmerli displays counterfeit coins as part of Roman collection (USA)
(27 October 2016; The Daily Targum)
They’re on display on purpose as a teaching tool.

Art expert slams Toledo museum on sale of antiquities (USA, Egypt, Cyprus, Greece)
(24 October 2016; The Toledo Blade)
“Most of the items for sale have been with the museum since the early 20th century,” and now they are moving from public to private.

Cyprus demands auction be stopped (USA, Cyprus)
(25 October 2016; The Toledo Blade)
Cyprus “does not insist the pieces be returned to it, but rather that the museum consider keeping the Cypriot antiquities in its collection”

Rare Toledo museum items sold despite protests (USA)
(26 October 2016; The Toledo Blade)
“Despite the objections of two governments and at least one renowned academic to the sale of antiquities by the Toledo Museum of Art, a live auction of the artifacts at Christie’s Auction House on Tuesday was held anyway.”

Egypt wants sanctions against museum for selling antiquities (USA, Egypt)
(29 October 2016; The Toledo Blade)
It is unclear exactly what type of sanctions that ICOM could implement as being removed from the membership roll seems unlikely.

Tourists in Dubrovnik Damaged an Invaluable Monument (Croatia)
(23 October 2016; Total Croatia News)
A piece of the “Mala Onofrijeva” fountain broke off as tourists leaned on it.

Ulay Remembers the Crime of a Lifetime 40 Years Later (Germany)
(26 October 2016; Observer)
Reflecting on when the artist stole a painting from the New National Gallery in Berlin.

Italian Preservationists Save 900 Artworks From the Ruins of Earthquake-Struck Amatrice (Italy)
(25 October 2016; Smithsonian)
One of the first tests of the be Blue Helmets in a heritage disaster situation has been extremely close to home.

Italy police recover stolen manuscript after 30 years (Italy)
(28 October 2016; BBC News)
The piece was spotted for sale online and has now been returned to a library in Piacenza.

Swiss Hotelier Fined Over $4 Million for Dodging Import Tax on Artworks (Switzerland, UK)
(24 October 2016; ArtNet News)
Urs Schwarzenbach brought over 200 artworks from the UK to Switzerland either without declaring them or undervaluing them.

Mummy portraits stolen by Nazis, recovered, sell for over $300,000 (Switzerland, Germany)
(25 October 2016; The Times of India)
The pieces, which after being seized were bought by Erich Maria Remarque and eventually donated to the University of Zurich, were returned to the heirs of Rudolf Mosse and sold at auction.

Hundreds of pounds worth of First World War memorabilia stolen from museum (UK)
(26 October 2016; Lancashire Telegraph)
The pieces were stolen from the Bacup Natural History Society and Museum.

How the Townley Venus’s thumb was knocked off at the British Museum (UK)
(26 October 2016; The Art Newspaper)
The trustees were notified of this damage, which occurred in December 2015, but the public was not told.

National Gallery will ‘robustly defend’ itself against claims it has stolen Matisse portrait in its collection (UK)
(29 October 2016; The Telegraph)
The painting of Greta Moll is being claimed by three of her grandchildren.

Paintings by executed Bali Nine inmate Sukumaran stolen in Adelaide (Australia)
(25 October 2016; In Daily)
The pieces by Myuran Sukumaran were stolen in a break-in

A goodwill gesture: India loans ancient statue to Bhutan (Bhutan, India)
(27 October 2016; DNA)
The statue of Dhurm Raja, the monk who is said to have founded Bhutan, was taken by a British army officer in 1864 and gifted to the Asiatic Society, Kolkata.

‘Destroying damaged ancient sculptures a crime’ (India)
(24 October 2016; The Times of India)
Locals may not know that objects in temples, even damaged ones, are protected objects and can’t be tossed without permission.

Thieves steal idols, jewels from 3 temples (India)
(26 October 2016; The Times of India)
Idols and donation boxes were stolen from three temples in Savina in one night.

Temple doors found open but all valuables intact (India)
(27 October 2016; The Times of India)
A close call, the theft may have been aborted as the idols are all safe.

Crown worth 4 Lakh stolen in Bagulamukhi temple (India)
(29 October 2016; The Times of India)
The piece was taken from the temple in the heart of Bhopal by two masked thieves.

Smuggler’s aide held in idol theft case (India)
(26 October 2016; The Hindu)
A carpenter from Puducherry was arrested as an accomplice to Deenadaylan.

Idol smuggler’s grandson in DRI net, antiques seized (India)
(28 October 2016; The New Indian Express)
The grandson of Deenadayalan, a dentist, has been arrested and nine idols and paintings have been seized in Chennai.

Pondy art galleries under scanner after idol theft (India)
(28 October 2016; The Times of India)
There are about 100 art galleries in Puducherry, should they be monitored for illici antiquities laundering?

Smuggling racket busted, 11 idols seized (India)
(27 October 2016; The Hindu)
“The seized idols were among those that were stolen from the Somnath Eswaran temple 15 years ago”

Idol smuggler held, eleven panchaloha idols recovered (India)
(27 October 2016; The Times of India)
The man arrested was staying in a house belonging to an Indian born French national; unclear if that is significant.

Photographer Steve McCurry speaks out against arrest of Sharbat Gula, the ‘Afghan girl with green eyes’ (Afghanistan, Pakistan)
(27 October 2016; The Art Newspaper)
The photographer stated: “”In the past few hours, we have made contact with a prominent human rights attorney in Pakistan, who will take her case.”

These Sifrei Torah made it through hard times in Poland, Iraq, Portugal, Russia and elsewhere, before being reborn in new communities. (Israel, Iraq, Poland, Portugal, Czech Republic, Russia)
(24 October 2016; The Jerusalem Post)
Some with more dodgy import stories than others.

Stolen Jesus head returned to Sudbury church (Canada)
(23 October 2016; Inside Ottawa Valley)
We can all rest easy now, and celebrate the fair go the local artist had at Jesus head replacement.

Valuable hockey cards stolen from OHHOF (Canada)
(27 October 2016; CKWS)
Kingston police are hoping to recover some of the rare cards that were stolen from the Original Hockey Hall of Fame.