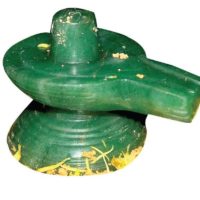 Hot this week: Amazing interactive info about Costa Rica and beyond

Call for papers: “Crimes against Culture: Theft, Destruction, Security, and Protection of Heritage”
(16 October 2016; Anonymous Swiss Collector)
I’m editing a special issue of the International Criminal Justice Review. Have a look at the call and perhaps submit a paper.

Why Taking Photographs Is Banned in Many Museums and Historic Places
(12 October 2016; Observer)
Whatever the other stated reasons might be, it’s mostly copyright.

What makes a piece of artwork valuable?
(13 October 2016; Marketplace)
Shedding some light on what makes a “good” piece of fake art.

New old masters reshape the contemporary art market
(14 October 2016; Financial Times)
There is increasing pressure and financial incentive for experts to declare known works to be lost works by masters. It’s an area where much fraud might creep in.

Organisers of dance party at Karnak temple referred to prosecutors for investigation (Egypt)
(12 October 2016; Ahram Online)
Reports and photos of an unauthorised party at the ancient temple are being investigated

Egyptian man dies while digging for artefacts in Alexandria (Egypt)
(13 October 2016; Ahram Online)
The man was digging along with three other people in the district of Kafr Abdou, Alexandria, when the whole he was in collapsed on him.

Friday essay: war crimes and the many threats to cultural heritag (Mali)
(14 October 2016; The Conversation)
Ian Lilley asks: what, more broadly, is the fate of our cultural heritage in an age driven by the imperative of continual global economic growth?

Nigeria: Jesus College under Pressure to Return Okukur (Nigeria, UK)
(14 October 2016; CP Africa)
The piece, which was stolen from Nigeria in the late 19th century, has been in Jesus College Cambridge since the 1930s but has been taken off display.

¿Tiene piezas precolombinas en sus manos? Entréguelas al Museo Nacional (Do you have Precolumbian pieces on your hands? Bring them to the National Museum.; Costa Rica)
(16 October 2016; La Nación)
It is unlawful to keep unregistered archaeological objects in Costa Rica.

Traficantes ticos suplen arte precolombino a ilícito mercado mundial (Precolumbian traffickers supply Precolumbian art to the global illicit market; Costa Rica)
(16 October 2016; La Nación)
“This business is like that of drunks, but there are differences. If I bring a kilo of cocaine to the airport, I’ll be caught and sent to jail. If I bring archaeological pieces, they’ll be taken away but I won’t go to jail”

Joyas prehispánicas a la deriva por falta de dinero para repatriarlas (Prehispanic treasures left adrift due to a lack of money to repatriate them.; Costa Rica)
(16 October 2016; La Nación)
Just because an antiquity is returned to an embassy, doesn’t mean that there is a budget to actually bring the piece home.

Copias de arte prehispánico son tan exactas que hacen dudar a traficantes (Copies of Preshispanic art are so exact that they cast doubt on traffickers; Costa Rica)
(16 October 2016; La Nación)
Unprovenanced Precolumbian antiquities are very likely to be fakes and there is no reasonable way to tell if they are not.

Coleccionistas conservaron reliquias arqueológicas pese a ser ilegal (Collectors preserve archaeological relics despite them being illegal; Costa Rica)
(16 October 2016; La Nación)
You are only allowed to hold Costa Rican archaeological objects excavated after 1938 if they were registered in an amnesty programme 34 years ago.

Traficante envió un cuadro robado de Picasso desde Heredia a Washigton (Trafficker sent a stolen Picasso painting from Heredia to Washington; Costa Rica, USA, France)
(16 October 2016; La Nación)
How did the painting come to be in Costa Rica and why was it sent on to Washington? We don’t yet know.

Advocates, scientists building the case to connect Kennewick Man with modern tribes (USA)
(10 October 2016; Yakima Herald)
The case is being made that Kennewick man’s body is similar to others found nearby. This is in advance of formal return.

To Whomever Stole this Totem Pole — Bring it Back! (USA)
(10 October 2016; Argus Courier)
The piece, stolen from a private home, was a memorial to the owner’s father who was a Native American craftsman.

The Caravaggio work at the centre of the Wildenstein money-laundering trial (USA)
(12 October 2016; The Art Newspaper)
“One of the charges in the case is that Guy and his brother Alec quickly moved valuable paintings from New York to Switzerland following the death of their father Daniel Wildenstein in Paris in 2001 to avoid inheritance tax”

Lawsuit shows difficulties of authentication and repair (USA)
(13 October 2016; The Art Newspaper)
The suit alleges that a Calzolari work was damaged by a shipper and, though the piece was insured, the only way to restore it is hiring the artist himself which, in turn, would require the piece to be authenticated which, in turn in turn, would involve signing away rights to sue.

Educators find silver lining in Fort Ellis looting (USA)
(16 October 2016; Bozeman Daily Chronicle)
Looters dug a hole in the site and were caught. Archaeologists are salvaging the hole and its contents, trying to study what was in there.

Critics say Bavaria not doing enough on looted art (Germany)
(13 October 2016; DW)
“The Bavarian Culture Ministry is coming under fire for failing to restore art stolen during the Third Reich.”

Roban la campana de la iglesia de Quintana del Pino (Spain)
(14 October 2016; El Correo De Burgos)
One of the bells from the church was taken, possibly for scrap. There are fears that the other will be taken as well.

Beleaguered Yves Bouvier defends himself and freeport system (Switzerland)
(10 October 2016; The Art Newspaper)
The art broker “is fighting criminal charges in Monaco and Paris, and a civil lawsuit in Singapore—while defending the freeports system.”

Mummy Crowdfunder Leaves Archaeologists Fuming (UK)
(10 October 2016; Forbes)
Kristina Killgrove explores how, yes, it is pretty much illegal to import a Peruvian mummy into the UK for a stunt.

Terrorism fears see DCMS museums and galleries lose a million visitors (UK)
(11 October 2016; Museums Journal)
Some believe it is because potential museum visitors do not consider central London to be secure.

Pub manager appeals for help to recover father’s war medals after raid on The Aviator at Queenborough Corner (UK)
(11 October 2016; Kent Online)
The burglar stole the metals from the pub along with cash.

Northampton Council Sekhemka statue ‘now in US’ (UK, USA, Egypt)
(15 October 2016; BBC News)
The end result of this deaccessioning row: the artefact has left the country and left the public.

Mayan vase subject of latest provenance inquiry at NGA (Australia, Guatemala)
(14 October 2016; The Australian)
Researchers are not probing into the NGA’s dodgy Mesoamerican purchases including this stunning looted vase.

Remains of 13 Aboriginals will be returned to Australia (Australia, UK)
(15 October 2016; The Weekend Australian)
One skull which had been made into a water vessel is coming back only after 11 years of negotiations with Brighton’s Royal Pavillion Museum

Police Recover 300 Million Yuan Worth of Stolen Sichuan Relics (China)
(14 October 2016; Caixin Online)
Police say 10 gangs have been broken up and a 2 year looking/trafficking investigation has come to an end.

Emerald lingam missing from TN temple locker (India)
(12 October 2016; The Times of India)
The piece was taken from the Thiyagaraja Swamy Temple in Trichy; it is kept in a locked place when it is not being worshiped at 9am and 6:30pm.

Why thieves have and continue to walk away with India’s antiques (India)
(14 October 2016; DNA)
“All the illicit antiques returned in the past two years come from the Subhash Kapoor horde, those recovered or traced to the New York-based antiques smuggler who was arrested in 2011.”

Trafficking is neglected because people associate antiquities with Egypt, Greece, Rome. Only recently India (India)
(14 October 2016; DNA)
Donna Yates comments on why she thinks there is less of a focus on illicit Indian antiquities.

Reclaiming our Gods: Why India must reverse the plunder of its artistic heritage (India)
(15 October 2016; DNA)
“We estimate that around 20,000 idols, sculptures and other antiquities have been stolen [from India] and sold in foreign countries since 1980.”

Why has idol theft been neglected? (India)
(15 October 2016; DNA)
A shorter version of the piece concerning why Indian antiquities are not as closely scrutinised on the market.

Pakistani Claim Over the Dancing Girl Has No Standing (Pakistan, India)
(13 October 2016; The Quint)
An argument against returning the famous Indus Valley Civilisation artefact to Pakistan.

The Curious Case of Mohenjo Daro: Whose Civilisation Is It Anyway? (Pakistan, India)
(14 October 2016; The Quint)
Antiquities, culture, identity, ownership and partition.

Buddha stolen from Me So Pagoda returned (Vietnam)
(10 October 2016; Vietnam Net)
The stolen piece was found abandoned beside National Highway 5B.

Are These New Dead Sea Scrolls the Real Thing? (Israel)
(10 October 2016; Live Science)
The unprovenanced pieces are appearing on the market. Are they even real?

Khalifa issues law on cultural heritage objects (UAE)
(12 October 2016; Gulf News)
“The law stipulates that cultural heritage materials are considered public property of the emirate if it has been proven that it belongs to Abu Dhabi” and includes underwater heritage.