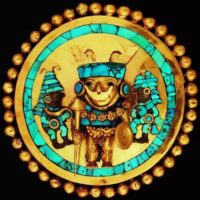 As submitted to the US State Department’s Cultural Property Advisory Committee.

You have until 30 September to voice your support for restricting the import of looted and stolen Peruvian art, human remains, antiquities into the United States. The US State Department is calling on everyone, from experts to interested members of the public, to comment on this important international agreement. I beg you to consider uploading your thoughts. ANYONE can comment, but please, please pay attention to what I said about subjects to comment on: you MUST focus on those topics and not on others. Other stuff cannot be used by the committee so take the less than a second required to structure your letter with the right subheadings.

I uploaded my comments to the US Government website today but as it takes a bit of time for them to show, I will share the letter here. You can also download a PDF of it.

Dear Members of the Committee,

I write to you to voice my support for the extension of the Memorandum of Understanding between the United States and Peru concerning the imposition of import restrictions on certain categories of cultural property. As an archaeologist and researcher who has spent the past decade studying the effects of cultural property trafficking in this region, I believe that the MoU is an important tool in our fight against the ongoing illicit trade in antiquities. It aids in reducing the opportunities for the United States to become the receiver of stolen Peruvian cultural goods, improving local security by seeking to prevent our country from serving as the end point for these organized criminal networks. Extending the MoU is in line with the important goals of preserving global heritage and fighting crime within the United States.

Although my primary research on this topic is focused on Bolivia, the issues faced by Andean states related to cultural security cross modern borders. My work in Bolivia has naturally led to some work and monitoring of Peru. I would like to speak to four topics that relate to the Peruvian antiquities and security situation, to the stated goals and conditions of MoU extension, and to matters referred to in 19 U.S.C. 2602(a)(1).

1. The cultural patrimony of the State Party is in jeopardy from pillage

It is clear that Peru’s cultural heritage remains at grave risk of theft and trafficking into the United States, based on recent research conducted by myself and others. Improvements in policy and protection within Peru as well as within the United States may have improved this situation since the first MoU was signed in 1997, but the risk of theft and trafficking remains and, for some classes of object, may have increased.

Broadly speaking, three types of cultural objects are at risk in Peru: archaeological objects (particularly preserved textiles, certain types of pottery, and metal adornments), ecclesiastical art (including Conquest and Colonial era paintings and metalwork), and human remains (mummies and modified skulls). I have previously spoken to the committee about ecclesiastical objects at risk in Bolivian churches and I will not go into further detail beyond saying the situation in Peru is similar: Colonial art is in demand, Peruvian churches are vulnerable, and they are frequently robbed. To demonstrate the continuing risk to the other two object classes, I would like to bring your attention to a recent, ongoing looting case.

In May 2015 a regional cultural manager chanced upon at least two men looting the site of Huaca San Antonio near the town of Locumba (Correo 2015). The men ran off, leaving behind three large bags filled with such things as an adult mummy, looted textiles and pottery, and a mummified infant. A mummified modified human skull was present. In July 2016, two men were arrested who were in the possession of around 150 artefacts, including textiles and pottery, as well as a complete human mummy, all stolen from Huaca San Antonio (Correo 2016a). The men await trial and face up to 8 years in prison. It is unclear if the two incidents are related. In August 2016, fresh looting was again discovered at Huaca San Antonio by archaeologists from the University of California (Correo 2016b).

Clearly there is still enough of a market for human remains and artifacts that people are willing to risk their freedom to loot sites like Huaca San Antonio. An important and fragile site is being destroyed because of market demand for the objects within it.

2. The State Party has taken measures consistent with the Convention to protect its cultural patrimony

While the incidents at Huaca San Antonio are disconcerting, they illustrate that Peru has taken and is taking measures to address the on-the-ground heritage security situation. Note that the looters were caught, a rare occurrence anywhere, and they are being brought to justice. More looting has been detected at the Huaca San Antonio, but the key is that it was detected quite quickly. It appears as if funds are being put in place to both secure the site and to build a local museum for archaeological finds. Peru is working on improving this situation.

There are others more knowledgeable than I who can speak to the specifics of Peru’s anti-trafficking measures including the various MoUs they have signed with other countries and the extensive training they have offered their front line officers and officials, but I can say that the country has a reputation internationally as being concerned about the protection of its cultural heritage and willing, within the bounds of constant money shortage, to devote time and considerable expertise to protection. The Ministry of Culture is a capable guardian of the country’s heritage assets and Peruvian archaeologists, preservationists, and heritage professionals are considered to be among the best in the world. They struggle with the effects of international market demand for their antiquities; in other words their real battle is with the market forces originating in countries like the United States, a demonstrable locus of the market for Andean antiquities.

3. Import restrictions would be of substantial benefit in deterring pillage with less drastic measures not available

While there is much I could say in support of this topic, I would like to call attention to my previous comments made during the 2016 Bolivia MoU discussion. Demand for Andean cultural property is international and it is strong. Organized antiquities traffickers know this and they seek out weaknesses in the regulatory and protective regimes we place on categories of cultural property. This may include trafficking objects through one or more transit ports with weaker security controls with the ultimate goal of moving the object to the United States, something that has been documented various times in relation to Peruvian antiquities. They also may ‘launder’ cultural objects through neighboring countries, either directly stating or implying through a lack of detail that a cultural object originated in a country with either looser export restrictions or no MoU with the United States. Ancient borders are not modern ones, artefacts have origin gray areas, and traffickers work with this.

Thus to lose this MoU, to eliminate the protections that prevent Peruvian cultural objects from entering the United States, undermines our other existing South American cultural property agreements. To pass off a Colombian Inka-period artefact as Peruvian is a bit of a stretch but certainly possible. To pass of a Bolivian piece of delicate ecclesiastical silver as Peruvian is easy. To open our doors to looted Peruvian objects, then, is opening the doors to looted cultural property from the whole of the Andes, inspiring looting in those areas as well, not to mention in Peru. Furthermore, losing the MoU challenges the positive and even increasing work that the South American countries have been doing to tighten up movement of cultural property within their territory: this MoU provides support for that work and thus for long-term improvement overall.

4. Application of import restrictions in the particular circumstances is consistent with the general interest of the international community

Again, I direct the Committee to my spring 2016 comments on this topic regarding Bolivia. The looting, trafficking, and illicit sale of cultural objects directly violates the core tenants and goals of international exchange for scientific and cultural purposes. It obliterates the past, undermines our ability to understand that past from either a scientific or a cultural perspective, and threatens the identity and indeed the security of individuals, communities, and humanity as a whole. There is simply no positive aspect of allowing illicit Peruvian cultural objects to enter the United States. It only brings devastation.

Thank you very much for allowing me to offer these comments. I remain at your service should you require any more information on this topic.