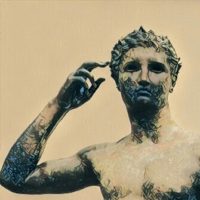 Progress in Protecting Stolen Antiquities Is Real — But Challenges Remain
(19 September 2016; Asia Society)
Reporting on the Culture Under Threat symposium.

Egypt’s Malawi Museum inaugurated (Egypt)
(22 September 2016; Ahram Online)
This is quite a bounce back after looting in 2013.

Egypt’s Mallawi Museum reopens with looted collection mostly restored (Egypt)
(23 September 2016; The Art Newspaper)
The museum has new security and most of the items looted from it have been recovered.

Pre-Columbian sculpture recovered at London auction house after mysterious disappearance (Colombia, UK)
(19 September 2016; The City Paper)
The match to a post-1939 Cartagena museum theft was made by Art Recovery Group.

Detenidos por saquear piedras arqueológicas (Arrests for looting of archaeological stones; Mexico)
(25 September 2016; Tribuna)
After a tip, the police arrested three people in Xpujil, near several archaeological sites and in the general area of Calakmul.

Stolen art piece was intended to raise awareness of homelessness in Juneau (USA)
(18 September 2016; KTOO)
The now-stolen figure was hollow “to symbolize the invisibility of homeless people”

Replicas now sit where items were stolen from Roger Maris Museum (USA)
(19 September 2016; Valley News)
“The 1960 MVP award and S. Rae Hickok Belt were stolen in the middle of the night on July 26. Now, replicas of the stolen items sit in their place.”

Hopi Welcome Tourists But Guard Their Secrets (USA)
(20 September 2016; Fronteras)
“Some worry inviting tourists to their villages has left them vulnerable to thieves”

Battle for Ben Franklin manuscripts could be settled soon (USA)
(21 September 2016; Newsday)
“This Benjamin Franklin manuscript and other rare texts found in a Glen Head jeweler’s store after his death has pitted his daughter against the New York Public Library. “

Booker urges ‘justice’ in reclaiming stolen art (USA)
(21 September 2016; New Jersey Jewish News)
“en. Cory Booker (D-NJ) is urging Congress to lift statutes of limitation and other procedural hurdles so that Jews and other victims of the Holocaust can recover their works of art that were stolen by the Nazis.”

The Ancient One Takes Another Step Toward Home (USA)
(21 September 2016; Indian Country Today)
Legislation ordering the repatriation of Kennewick Man now moved to the US House of Representatives.

How the journey of a Rembrandt masterpiece ended here in the North Country (USA, Russia)
(21 September 2016; North County Public Radio)
In Moscow in 1927 “Thieves cut the figure of Christ from the canvas, rolled up the painting and fled.”

Robert Soros in Divorce Battle Over $7.7 Million Christopher Wool Painting (USA)
(23 September 2016; ArtNet News)
“Robert Soros claims that the Wool painting, along with three other works purchased at the same sale, was bought with his personal funds”

Antiques dealers arrested and $4.5m worth of ivory seized in New York (USA)
(23 September 2016; The Art Newspaper)
The raid was against the Metropolitan Fine Arts and Antiques dealership.

University of Utah police seeking info over art theft (USA)
(23 September 2016; KUTV)
The piece, by Utah portraitist Alvin Gittens, was taken from the student Union. There is camera footage of the theft.

Art meets history in homage to legendary French Jewish dealer (Belgium, France)
(23 September 2016; The Times of Israel)
The exhibition honours Paul Rosenberg, the famous dealer, who lost much of his collection to the Nazis.

Exhibition with antiquities from occupied Cyprus opens on September 23 (Cyprus)
(22 September 2016; Famagusta Gazette)
The exhibition is of “antiquities that were excavated before the 1974 Turkish invasion at prehistoric sites, in areas of the island currently under Turkish occupation”

Unsupervised digs and illicit ticket sales rampant at historic sites (Cyprus)
(23 September 2016; Cyprus Mail)
Some of the findings of the audit probe into the excavations around Paphos.

Battle of Jutland war graves ‘vandalised’ by illegal metal scavengers (Denmark, UK, Germany)
(18 September 2016; The Guardian)
“More than half of the war graves from one of the first world war’s largest naval battles have been pillaged”

How the Mona Lisa became so overrated (France)
(20 September 2016; Vox)
Art theft got folks excited about the masterpiece.

François Hollande announces $100m fund to protect cultural heritage in the Middle East (France)
(21 September 2016; The Art Newspaper)
“Hollande also called for a strengthened commitment to cultural preservation that might include “intervention”, for which he gave no details. “

Heir to art-dealing estate in court in major French fraud trial (France)
(22 September 2016; The Guardian)
“Guy Wildenstein faces charges that he hid his fortune in offshore tax havens and a demand for £475m in back taxes”

US tourist steals marble fragment from Pompeii (Italy)
(19 September 2016; New Kerala)
The tourist used his foot to dig a chip of marble out of the floor of the House of the Small Fountain.

Court Orders Marina Abramović to Pay Ulay and Give Him Credit for Their Art (Netherlands)
(22 September 2016; Hyperallergic)
The works in question were made between 1976 and 1988 while the two were partners.

Stolen painting recovered in Leeuwarden is a fake (Netherlands)
(22 September 2016; NL Times)
The Isaac Israels is a fake and the Verschuur is real. Both were stolen 17 years ago in a violent robbery in Bilthoven.

La «misteriosa» desaparición de los restos de Diego Colón (The “mysterious” disappearance of the remains of Diego Columbus; Spain)
(25 September 2016; ABC)
No one seems to know where Diego Colón’s remains have gone since they were used to identify the remains of his famous brother Christopher in 2003.

Buddha statue theft from temple treated as hate crime (UK)
(20 September 2016; STV)
The piece was taken from the garden of Edinburgh’s Dhammapadia Temple

Treasure trove’ of war photos, medals and memorabilia found among stolen loot in a thief’s house – as police seek help to find the owners (Australia)
(22 September 2016; The Daily Mail)
Police discovered medals and photos dating back to the First World War during a raid but don’t know who they belong to.

National Gallery of Australia returns Indian antiquities worth more than $2m (Australia, India)
(19 September 2016; The Guardian)
“An independent review earlier this year found that 22 of the 36 Asian art objects acquired by the NGA between 1968 and 2013 had questionable ownership history and 11 of those were considered to be “highly problematic”.”

The Gweagal shield and the fight to change the British Museum’s attitude to seized artefacts (Australia, UK)
(25 September 2016; The Guardian)
“Activists say symbols of resistance taken when Captain Cook’s men first encountered Aborigines in 1770 must come home, and not just on loan “

Stolen Artifacts Found in Siem Reap (Cambodia)
(22 September 2016; Khmer Times)
The police who stopped the speeding car the objects were in suspected that it was carrying stolen rare wood.

Dismay over ‘crude’ repairs to ancient section of Great Wall of China (China)
(22 September 2016; The Guardian)
“Defensive works and guard towers were knocked flat as part of the restoration project, officially launched to prevent further deterioration caused by the elements.”

Court unhappy with non-cooperation of ASI officers in idol theft case, summons DG (India)
(18 September 2016; News Online)
Regarding “a 35-year-old case of theft of an antique idol from an ancient temple of Takashakeshwar Mahadev in Allahabad”

Kohinoor our property, govt tells Supreme Court (India)
(20 September 2016; Hindustan Times)
‘With no legal options available, the government said it will “explore ways and means” to negotiate with the British government to get the jewel that adorns the British crown.’

Youth arrested for thefts in 8 temples (India)
(21 September 2016; The Times of India)
The youth was arrested in Ahmedabad and confessed to stealing idols, among other things

Four stolen antique idols retrieved from US (India)
(22 September 2016; The New Indian Express)
The pieces were stolen in 2008 from temples in Tamil Nadu.

Theft of Aurangzeb-era Quran: HC orders CBI prob (India)
(22 September 2016; Kashmir Reader)
The piece, which bears the seal of a Mughal emperor, was stolen form the Shri Pratap Singh Museum in Srinagar in 2003.

Raiders of hidden arks (India)
(24 September 2016; The Hindu)
A dedicated antiquities protection agency in India “could devote itself to the task of documenting antiquities and ensuring that the country’s ports are sealed against smuggling.”

Art of the past (Pakistan)
(24 September 2016; Pakistan Today)
“Illegal trafficking of art and artifacts from the South Asian Region is one of the most disregarded yet the most lucrative black market. “

Replica of Syrian arch destroyed by Isis unveiled in New York City (Syria, USA)
(20 September 2016; The Guardian)
This is the Institute for Digital Archaeology recreation.

Royal Canadian Mint employee allegedly smuggled $140,000 worth of gold in his butt (Canada)
(21 September 2016; The Washington Post)
“The alleged gold heist was an inside job — in more ways than one.”

The memorial plaque for David Bowie in Berlin has been stolen (Germany)
(20 September 2016; Reporter)
The plaque commemorated Bowie’s former home.

Suspected Drunk Driver Crashes into Museum of Broken Relationships, Injuring Two (USA)
(20 September 2016; ArtNet News)
“The driver, a women in her 30s, was arrested for the hit-and-run collision, and on suspicion of driving under the influence”

Police on the hunt for stolen buffalo statue, thief in Oklahoma City (USA)
(20 September 2016; Fox)
The “X-Ray Buffalo” was taken from outside an orthopaedics office

Have You Seen This Artist’s Converted Metermaid Vehicle, Stolen Yesterday? (USA)
(21 September 2016; SFist)
“Any leads are appreciated, he writes — It ought to be relatively easy to spot this thing: It does have his name on it, after all.”

Who stole naked Trump statue? Police want to ask this guy about it (USA)
(22 September 2016; Miami Herald)
The naked Trump was taken from the rooftop of Wynwood Art Complex in Miami.

Naked Trump statue in downtown Las Vegas vandalized (USA)
(23 September 2016; Las Vegas Review-Journal)
“The platform still has the feet attached, but the body resembling the Republican presidential nominee was on the ground covered in graffiti”