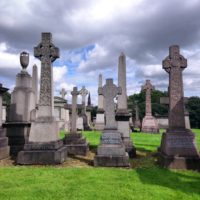 What do auction house private sales mean for collectors and the art market?
(4 August 2016; Apollo)
This involves the “auction house accepting a work on consignment, often for several months and, instead of offering it at public auction, approaching potential buyers discreetly”.

Retrieving and Managing Heritages in Ethiopia (Ethiopia)
(31 July 2016; The Ethiopian Herald)
Discussion of the process of protecting Ethiopia’s heritage.

Tras 58 días detienen a 7 personas por ataque y destrucción a la Gratitud Nacional (After 58 days, 7 people arrested for destruction of the Gratitud Nacional; Chile)
(6 August 2016; 24 Horas)
A Christ sculpture was smashed and other items were stolen.

Robaron imágenes de las estaciones del viacrucis de la catedral San Francisco de Asís (Stations of the cross from the Cathedral of San Francisco de Asisi stolen; Colombia)
(4 August 2016; Caracol Radio)
It is deemed equally possible that this was a metal theft for scrap or an art theft for art.

“Dieses Gemälde ist nicht von mir” (“This painting is not mine”; USA)
(28 July 2016; Zeit Online)
Peter Doig discusses the unbelievable authenticity lawsuit he is facing in the US

Ronald Lauder, Advocate of Art Restitution, Says His Museum Holds a Clouded Work (USA)
(2 August 2016; The New York Times)
“One of the Neue Galerie’s major works has a clouded history and may be returned to people who say they are the rightful owners.”

The First Armed Art Heist in History Is Being Made Into a Movie (USA)
(3 August 2016; The Smithsonian)
A film about the 1972 Worcester Art Museum heist.

Why the booming contemporary art market is bad for art museums (USA)
(4 August 2016; The Washington Post)
“There are three reasons why different museums have different fates: fashion, demographics and billionaires.”

Rumblings in the Auction World (USA)
(5 August 2016; The New York Times)
“Things either stagnate, or they sell like hot cakes. There isn’t any middle ground any more.”

Brazen Thieves Take $10,000 Painting Off Gallery Wall in San Pedro and Walk Away With It; Reward Offered (USA)
(3 August 2016; KTLA)
“The painting is a 3 foot by 6 foot mixed media on canvas by Neil Nagy called “Escondido.””

Facebook credited with return of stolen $10,000 painting to San Pedro art gallery (USA)
(5 August 2016; Daily Breeze)
The thieves seem to have dropped the artwork over someone’s back fence.

Famous Salvador Dali sculpture vandalized in Quebec City (Canada)
(28 July 2016; Global News)
Alice in Wonderland has been on display for a month and part of the sculpture, her her crutch has been broken.

Heavy bronze plaques stolen from New Brunswick Museum (Canada)
(2 August 2016; CBC)
The historic markers appear to have been prised off with a crowbar.

Ancient Clay Figurine Repatriated to Cyprus from UK (Cyprus)
(5 August 2016; Greek Reporter)
“The figurine was identified by the Department of Antiquities on the website of a London-based antiquities dealer’s shop.”

Partial return of looted collection (Cyprus)
(7 August 2016; Cyprus Mail)
“The figurine was part of Hadjiprodromou’s declared private collection that he kept in his house in Famagusta prior to the Turkish invasion in 1974.”

Magnus app founder hits back at critics (Germany)
(4 August 2016; The Art Newspaper)
Magnus Resch denies his app stole any information and says that he is pushing market transparency which others are resisting.

Returning the Elgin Marbles to Greece could ease Brexit negotiations (Greece, UK)
(3 August 2016; Spear’s)
Interesting, but unlikely, speculation about a possible return of the Parthenon Sculptures

German tourists scale Colosseum in night time stunt (Italy, Germany)
(1 August 2016; Independent)
“Two people are seen in the film jumping over fencing surrounding the iconic Flavian Amphitheatre at night”. This is, of course, an illegal act.

100 Auction Houses Now Subscribing for Art Loss Register Due Diligence (UK)
(3 August 2016; Fine Books Magazine)
“This represents an increase of 50% in the number of auction houses checking their catalogues with the Art Loss Register in the last three years”

Vandals attack ancient castle with fire (UK)
(5 August 2016; The Northern Echo)
“The vandals took wood from the compound at Scarborough Castle – and then set it alight, blackening a section of the ancient walls.”

Ancient plaque welcoming visitors to Ayr’s historic Auld Kirk vanishes (UK)
(7 August 2016; Daily Record)
The piece had been on the 1656 lych gate for years. It was prised away.

Ukraine not letting go of stolen Dutch Art (Ukraine, Netherlands)
(4 August 2016; NL Times)
The pieces were stolen from the Westfries Museum but it seems like Ukraine might not be responding to documents.

Ai Weiwei’s Lawyer, Zhou Shifeng, Sentenced to Seven Years for ‘Subversion’ (China)
(4 August 2016; ArtNet News)
The trial lasted only half a day and he has been sentenced to seven years in prison.

Deities, not CM, to decide Raghunath temple’s fate, says Maheshwar Singh (India)
(1 August 2016; The Tribune)
Should the government run this important but private temple in the wake of a major theft?

Himachal HC stays takeover of historic Kullu temple (India)
(2 August 2016; The Hindu)
“The Himachal Pradesh High Court on Monday stayed till August 11 the process to transfer the 17th century temple of Lord Raghunath, the chief deity of the Kullu Valley, to the government.”

US returned only eight antiquities during PM Narendra Modi’s visit: Govt (India, USA)
(3 August 2016; The Indian Express)
As opposed to reports that over 200 would be heading back.

Cops recover antique Krishna idol stolen from temple (India)
(7 August 2016; Deccan Herald)
The man said he got the idol from two men who stole it from a temple.

Theft in temple: Ornaments stolen (India)
(4 August 2016; Business Standard)
This was from the Uma Maheshwara temple in Attavar

Police Name Twelve Suspects in North Sumatra Temple Attacks (Indonesia)
(1 August 2016; Jakarta Globe)
They were charged with robbery and vandalism after several Buddhist temples and monasteries were ransacked by mobs in the city of Tanjung Balai, North Sumatra

Call for ancient lintel to be returned from US exhibition (Thailand, USA)
(5 August 2016; The Nation)
Including photographs of the site and building that the lintel was stolen from.

Jewish officials seek to save ancient Nahum tomb in Iraq (Iraq)
(3 August 2016; UPI)
“Jewish officials are appealing to save a 1,500-year-old tomb that is in danger of collapsing just 30 miles from Islamic State-controlled Mosul.”

Police detain 5 Wakf members for illegally renovating Dome of Rock (Israel)
(4 August 2016; The Jerusalem Post)
“According to police, the suspects erected scaffolding next to the Dome of the Rock and proceeded to make illegal structural changes without coordinating with the Antiquities Authority. “

Public art cancelled in Rio due to cultural budget cuts (Brazil)
(3 August 2016; The Art Newspaper)
“The arts programme ahead of the 2016 Rio Olympics has suffered another loss due to budget cuts”

Dram raid: Rare bottles nicked from distillery made famous by movie The Angels’ Share (UK)
(6 August 2016; Daily Record)
Made famous form a film heist, they’ve had a real one.

Apollo 11 lunar samples bag the focus of legal dispute after it was stolen and sold by former Space Center director (USA)
(6 August 2016; The Daily Mail)
The bag was stolen, sold, recovered by the government, then accidentally sold by the government again. Understandably the woman who bought it doesn’t want to give it back.