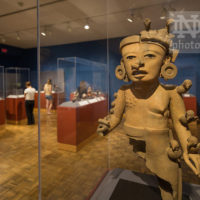 Does it pay to invest in art? Returns in fine art have been overestimated
(15 June 2016; Phys.org)
“Investors should buy paintings if they like looking at them, but not to make money, according to new research from the Luxembourg School of Finance”

Cyprus and Egypt sign organised crime accord (Egypt, Cyprus)
(16 June 2016; In Cyprus)
Among the items of focus are antiquities and trafficking prevention

Two sarcophagi’s lids recovered by Egypt from Israel (Egypt, Israel)
(16 June 2016; Ahram Online)
They were seized from a Jerusalem auction house in 2012 and are now officially back in Egypt.

Lobengula spear ‘thief’ nabbed (Zimbabwe)
(16 June 2016; Chronicle)
The thief “allegedly told officers that he did not mean to steal the artefacts but did it on ancestral spirits’ influence”

Not a scam: statue owner (Canada)
(15 June 2016; Delta Optimist)
“The owner of a multimillion-dollar golden eagle statue maintains a robbery…was not part of an insurance scam.”

How Indigenous artists are taking back what the fashion industry stole (Canada)
(17 June 2016; CBC)
Countering cultural appropriation in fashion design, a non-profit that supports Indigenous women in fashion in Toronto.

Archaeological Homecoming: Largest Recovery of Antiquities Returns to Peru (Peru)
(13 June 2016; Peruvian Times)
More than 4000 objects were displayed at the Ministry of Culture to celebrate their return from various countries.

Meet the man at the centre of the Cranach mystery (USA)
(14 June 2016; The Art Newspaper)
Is Giulano Ruffini selling fakes? He insists he has never presented a painting as the real thing.

Damien Hirst Sued Over Jewelry Line Plagiarism (USA, Canada)
(15 June 2016; ArtNet News)
Hirst says he designed the bracelet in 1988, before the Canadian artist who is suing him created her jewelry.

Picasso Sculpture in Dispute Goes to Leon Black; Rival Owner to Receive Compensation (USA, UAE)
(15 June 2016; The New York Times)
The settlement was announced in May, it is now clear that Black gets the sculpture.

Gravesite looted in Harrison County (USA)
(16 June 2016; Wave 3)
“There is no public access to the cemetery, so investigators believe someone would have to know about the private land where it is located.” The grave was from 1881.

Icon stolen from Wichita church (USA)
(17 June 2016; The Wichita Eagle)
An icon of Our Lady of Perpetual Help was stolen from St. Joseph’s Catholic Church.

Karen King Responds to ‘The Unbelievable Tale of Jesus’s Wife’ (USA)
(16 June 2016; The Atlantic)
“Your article has helped me see that provenance can be investigated”: shocking words from a Harvard scholar.

The Unbelievable Tale of Jesus’s Wife (USA)
(17 June 2016; The Atlantic)
Perhaps the most unbelievable part is that credible scholars refused to research the origins of this fake piece.

Bears Ears Cultural Area: The Most Vulnerable U.S. Site for Looting, Vandalism, and Grave Robbing (USA)
(13 June 2016; Center for American Progress)
The area is estimated to contain more than 100,000 cultural and archaeological sites which are unprotected.

Austrian Supreme Court Accuses Franz West Private Foundation Of Embezzlement (Austria)
(14 June 2016; ArtNet News)
The board of the artist’s estate has been dismissed over suspicious payments made to themselves.

Antique dealer jailed after being caught with 57 books stolen from Carton House (Ireland)
(17 June 2016; The Journal)
Shannon was previously jailed for damaging a Monet painting in the National Gallery in 2014.

Stolen marble head of Rome’s first emperor returns to Italy (Italy)
(14 June 2016; Reuters)
The piece stolen from Napi was returned from the Cinquantenaire Museum in Brussels who bought it from an unnamed private collection.

Owner of a Modigliani Portrait Is Adamant the Work Isn’t Nazi Loot (Monaco, Switzerland, USA)
(12 June 2016; The New York Times)
Nahmad claims he will not settle and has a 1947 French court record that he claims indicates that the painting he has was not the one that was taken during WWII.

German warship wreckage protected (Norway, Germany)
(17 June 2016; News in English)
The wreck of the Blücher is under state protection orders to prevent looting by divers.

Guardia Civil puts a stop to internet sale of archaeological antiques (Spain)
(13 June 2016; EuroWeekly)
A number of the pieces, including a ‘shrunken head’, were fake. The seized items are currently in the Malaga Museum.

Arsonists who destroyed new Atherton sculpture slammed as ‘selfish and horrible’ (UK)
(13 June 2016; Leigh Journal)
The willow piece, which was chosen by children from a local primary school, was deliberately set on fire.

Stone of Destiny belongs in Perth, says council leader (UK)
(13 June 2016; STV)
Taken, Stolen, Returned…and returned again to Perth? A proposition to move the Stone of Scone to, Perth where Scone Palace is.

Copper worth thousands stolen from roof of St Mary’s Church in Clothall, Baldock (UK)
(14 June 2016; Hertfordshire Mercury)
The church dates back to the 12th Century and rainwater got into the building, damaging fixtures.

Bogus Whiteley paintings: lock up fraudsters, says Swans chief (Australia)
(18 June 2016; The Weekend Australian)
A restorer and dealer were convicted of creating Whiteley fakes and are due to be sentenced.

Villagers in court over stolen statue (China, Netherlands)
(16 June 2016; Shanghai Daily)
The villagers are urging a Dutch court to have the monk’s preserved body returned from a collector.

Officials to carry out raids in idol smuggler’s Karnataka properties (India)
(13 June 2016; The Times of India)
The raids on Deenadhayalan have spread out of Chennai. What more will be found?

‘Hundreds of Bihar antiquities are still in foreign museums’ (India)
(14 June 2016; The Times of India)
Bihar, which houses Jian, Hindu, and Buddhist art, has been one of the worst places in India for looting.

HR and CE department launches idol survey in 4,000 temples (India)
(16 June 2016; The Hindu)
The “theft of about 10 idols has been reported in the HR and CE temples in these districts in the last four years”

TN temple officials see if seized idols match stolen ones (India)
(17 June 2016; Business Standard)
It is likely that some of the seized idols can be linked to specific temple thefts.

Cracking down on idol-looters (India)
(17 June 2016; The Hindu)
A quick overview of what’s been happening recently in anti-idol smuggling in India.

Octogenarian’s computer may hold key to big idol ring (India)
(14 June 2016; The Times of India)
85 year old Deenadhayalan had a laptop, a computer, some hard disks and pen drives…what is on them?

Catching up with a master smuggler (India)
(15 June 2016; The Hindu)
Looking at the actions of G. Deenadayalan; a wonderful graphic included.

Chennai offices had no role in probe of stolen idols: ASI (India)
(16 June 2016; The Hindu)
The ASI say they issued certificates only to non-ancient pieces and are not being investigated for wrongdoing.

High school students restore vandalized Ashdod historic site after ‘paint party’ (Israel)
(13 June 2016; The Jerusalem Post)
“Instead of reporting the remorseful students to the police, the IAA used the incident as a lesson in civic responsibility.”

Raid in upscale Jerusalem plaza uncovers hundreds of illicitly traded relics (Israel)
(15 June 2016; I24 News)
The trader in Mamilla mall had hundreds of antiquities but no license to sell them.

Amber Room not found in Poland so far — explorers (Poland, Russia)
(15 June 2016; TASS)
The treasure hunters themselves are probably the only ones surprised that they haven’t located the missing masterpiece.

Lumbees of NC sue Anheuser-Busch over trademark use in Budweiser ads (USA)
(14 June 2016; News Observer)
The Lumbees have filed a complaint against the use of their logo and slogan for beer sales which they say plays into offensive stereotypes.