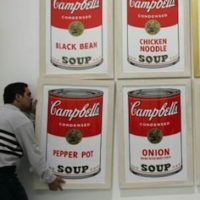 Hot this week: Antiquities looter sentenced to death in China

In Speech At Yale, UN Secretary-General Calls For Better Protection Of Ancient Historic Sites
(12 April 2016; WSHU)
Citing Palmyra and Timbuktu, Ban Ki Moon called on the international community to do more to prevent looting and destruction.

Panama Papers Shed Light on the Shadowy Art Market
(12 April 2016; Hyperallergic)
A rundown of some of the Art reveals from the Mossack Fonseca hack.

Se reúne el Comité de Lucha contra el Tráfico del Patrimonio Cultural (The Committee for the Fight Against the Trafficking of Cultural Heritage to Meet; Argentina)
(15 April 2016; Diario Panorama)
The meeting will include information and strategy sharing as well as discuss training.

Crown of the Andes sold on the cheap? (Colombia, USA)
(14 April 2016; The City Paper)
The complicated story of a Colombian crown which is in the MET and not in Colombia.

Police seek person who stole porcupine sculpture from the Jetport (USA)
(12 April 2016; WCSH6)
The Portland porcupine, part of Glimpse by Wendy Klemperer, was stolen sometime in March or April.

Senate Votes to Ban Imports of Syrian Art and Antiquities (USA, Syria)
(13 April 2016; The New York Times)
“The bill’s provisions would fulfill commitments the United States supported at the United Nations Security Council more than a year ago.”

Art Basel Miami Beach Stabber Was Motivated by Irrational Fear of ISIS (USA)
(15 April 2016; Hyperallergic)
Siyuan Zhao pleaded guilty to attempted murder but has been deported to China; she was hearing voiced and has a history of severe mental health issues.

FBI announces reward of up to $25,000 in Springfield museum theft case (USA)
(12 April 2016; Springfield News Leader)
Seven of the ten Warhol soup cans were taken; the reward is for info leading to the recovery of the artworks.

Colorado artist makes ‘new’ soup prints to replace stolen ones at Springfield Art Museum (USA)
(16 April 2016; KSPR)
Not quite the resale of the Warhols but a nice though from artist Lindsey Wohlman.

Old Master Painting Pulled from Auction After French Government Inquiry (Austria)
(13 April 2016; ArtNet News)
Portrait of a man by Bartholomeus van der Heist was pulled from the April im Kinsky sale as it was sized during the Nazi invasion of France.

Storm clouds gather over German art market (Germany)
(14 April 2016; The Art Newspaper)
An article where they treat the possible end of the antiquities trade in Germany like a bad thing…

Italy police stumble upon ‘priceless’ ancient artefacts (Italy)
(15 April 2016; BBC News)
The Officers were actually looking for arms during a house raid near Enna when the antiquities were found.

How the Panama Papers revealed Nazi-looted art (Switzerland)
(11 April 2016; DW)
More on the Modigliani in Geneva and owned by and not by the Nahmads.

Art loss register reunites Stortford burglary victim with rare chronometer after six years (UK)
(14 April 2016; Herts & Essex Observer)
The piece was taken in a house raid and the ALR spotted it for sale at a regional auction house.

Gang of thieves make-off with distinctive £10,000 statue from resident’s garden as he slept (UK)
(16 April 2016; The Argus)
The bronze heron was taken from a private home in West Chiltington

Ukraine recovers four stolen Dutch paintings (Ukraine, Netherlands)
(14 April 2016; Reuters)
These are some of the paintings stolen from the Westfries Museum in Hoorn.

Tomb thieves sentenced for protected relics robbery (China)
(15 April 2016; ECNS)
Three others received life sentences. This is not the solution to the problem.

Silver items taken away from temple (India)
(12 April 2016; The Hindu)
The theft occurred at Sri Mahadevi Nandikeshwara Temple at Malyady in Thekkattee village of Kundapur taluk.

SC asks Centre to look into disappearance of Guwahati temple treasure (India)
(14 April 2016; Hindustan Times)
A complicated case, the gold, money, and other items was allegedly stolen in 2014, but had been collected on behalf of a banned militant group…

After delay, varsity to lodge FIR in coins theft (India)
(12 April 2016; The Times of India)
A complaint about the missing coins has been lodged with Ambazari police station.

Cops refuse to register NU’s ‘vague’ complaint in coin theft (India)
(13 April 2016; The Times of India)
The police said they needed a concrete base to file the complaint on and suggested Nagpur Uni conduct a department enquiry first.

Probe panel on coins theft likely next week (India)
(14 April 2016; The Times of India)
The panel to investigate the theft of the Vakataka era coins from Nagpur University is being put together.

S. Korea unsure whether stolen Buddhist statue was previously plundered: broadcaster (South Korea)
(16 April 2016; Yonhap News Agency)
The statue was taken from a Buddhist temple but was it illegally brought to Japan?

Manager at flagship hospital given absolute discharge (UK)
(12 April 2016; The Herald)
…for a violent citizens arrest against the fella who was previously accused of extortion over a stolen Leonardo Da Vinci.