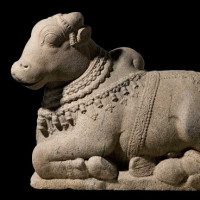 Hot this week: Serious provenance problems with swaths of the National Gallery of Australia collection

Bone Rooms: From Scientific Racism to Human Prehistory in Museums by Samuel J. Redman
(22 February 2016)
The tense and fascinating history of the collection of human remains at American museums.

How cat hair brought down a pair of art forgers
(14 February 2016; Science)
When you’re an art forger with 30 cats, some of their hair is going to become embedded in the paint…

The Knoedler Gallery Settlement Is the Biggest Missed Opportunity for Greater Art Market Transparency in 100 Years
(16 February 2016; Artsy)
No opinion from the judge means no precedent for greater transparency.

Investigations on in disappearance of 157 artefacts from Saqqara galleries (Egypt)
(13 February 2016; Ahram Online)
According to an Egyptian lawyer, the artifacts disappeared from storage three years ago.

Egypt to recover two stolen artefacts from Germany (Egypt, Germany)
(14 February 2016; Ahram Online)
The court decided that the two pieces had been smuggled out of Egypt following the January 2011. The ivory statue was stolen from archaeological storehouses Aswan.

BREAKING: Jesus College students vote to repatriate cockerel to Nigeria (Nigeria, UK)
(18 February 2016; The Cambridge Student)
The students will now suggest to the master that the piece which was looted from Benin city in 1897, be returned.

Un trésor oublié depuis trente ans rendu à un peuple amérindien (A treasure lost for 30 years is returned to a Native American community; Colombia, France)
(5 February 2016; Le Figaro)
A rare case of cultural objects actually being returned to the community. The Kogis get their artefacts back.

FBI Deploying Art Crime Team to Investigate If Militants Desecrated Paiute Graves (USA)
(11 February 2016; Willamette Week)
Might be an interesting charge to tack on to all the others.

Landmark Judgment Returns Remains to Tribe (USA)
(13 February 2016; Indian Country Today)
Two skeletons discovered on state property in San Diego in 1976 will be returned to tribes in a Kennewick-like case that has had a different ending.

$28K Worth of Art Misplaced During Botched Gallery Move (USA)
(15 February 2016; DNA Info)
Seven Agatha Wojcieckowsky’s went missing as they were left unattended. They were tracked down but that’s some shoddy moving.

American Airlines and seven others sued over damage to Lucio Fontana sculpture (USA)
(16 February 2016; The Art Newspaper)
The slash sculpture was damaged in transit and the complaint is federal

To save their homeland, 25 tribes unite in the Southwest (USA)
(17 February 2016; High Country News)
Trying to protect the sacred, threatened Big Ears area

Painting reported stolen from Fine Arts Building gallery (USA)
(18 February 2016; The Shorthorn)
The piece, taken from the University of Texas, was part of an exhibition entitled “Whew… That’s a Relief! The Madcap World of John Hernandez, 1978-2015”

Sex Pistols photographer accuses artist Elizabeth Peyton of copyright infringement (USA)
(18 February 2016; The Art Newspaper)
John Lydon says three works by the painter infringe on his copyright over photos he took of the Sex Pistols. One was withdrawn from Sotheby’s.

Sarah Parcak to Use TED Prize Money for Crowdsourcing on Archaeological Sites (USA)
(16 February 2016; The New York Times)
The big reveal! She is going to use the money to gamify site identification from satellites.

Burglary investigation underway at Harrisburg’s National Civil War Museum (USA)
(14 February 2016; ABC27)
Several antique firearms were taken. It is unclear if this is related to a contentious NRA sponsored exhibition at the museum.

Guns stolen in curious burglary are ‘one of a kind’: National Civil War Museum official (USA)
(15 February 2016; Penn Live)
The theft seems to have been planned, specific guns taken.

Guns stolen in Civil War Museum heist came from NRA exhibit (USA)
(17 February 2016; Penn Live)
One of the pieces were on loan from the National Rifle Association, the other two belonged to the city of Harrisburg.

Extradition to US for Spanish dealer in big art fraud case (USA, Spain)
(16 February 2016; Associated Press)
Jesus Angel Bergantinos Diaz was indicted in the US on federal charges related to the Knoedler gallery fakes.

Domenico De Sole Speaks About the Knoedler Fraud Trial (USA)
(17 February 2016; ArtNet News)
A few words from the suckered collector about trust in the art market.

Belgian museum in such poor repair the exhibits are being rained on (Belgium)
(14 February 2016; The Telegraph)
The Cinquantenaire Museum is wrapping stuff with clingfilm, apparently.

Germany returns looted treasures to Poland (Germany, Poland)
(18 February 2016; Radio Poland)
The heritage furniture was handed over by the government of Saxony.

Art Dealer Torsten Brohan Ordered To Disclose Proceeds Of 20th Century Sale To China (Germany)
(19 February 2016; Artlyst)
The question is why is he resisting revealing the details. Art market opacity.

Athenians’ Association Turns to the European Court of Human Rights for the Parthenon Marbles (Greece, UK)
(19 February 2016; Greek Reporter)
A response to the UK rejecting UNESCO mediation on the matter.

Italy sets up Unesco task force to protect antiquities in conflict areas (Italy)
(16 February 2016; The Art Newspaper)
Please note that this is NOT some sort of international heritage police force. This is training and maybe some on-site stuff if/when someone asks for it and it isn’t too dangerous.

Unesco and Italy team up to protect art and artefacts from terrorists (Italy)
(16 February 2016; The Guardian)
Who write these headlines?

From Artifice to Artefact (UK)
(10 February 2016; V&A Blog)
Forging art catalogs and placing them in libraries to support provenance of forged art.

New ‘paper trail’ rules to help crack down on metal thieves (UK)
(16 February 2016; The National)
The new legislation will prevent Scottish scrap metal dealers from accepting cash and to create a paper trail which may cut down on church and art metal theft.

Picasso thief signs away right to haul (UK)
(17 February 2016; Midweek Herald)
The woman has been brought to court under the Proceeds of Crime Act for theft of art from Lady Bathurst’s Cirencester home.

EDITORIAL: Restoring artifacts to their rightful owners (UK, Australia)
(17 February 2016; Indiana Daily Student)
“The Editorial Board believes it is absolutely necessary to settle disputes over ownership by returning items to their country of origin.”

Bluestone is being chipped away on the Preseli Hills (UK)
(17 February 2016; Western Telegraph)
The Stonehenge stone source site is dealing with illegal removal from souvenir takers.

Stonehenge tourist bosses demand visitors stop chipping stones and selling them on eBay (UK)
(18 February 2016; The Telegraph)
The pieces from the Stonehenge stone source are being offered online for sale. £8 apparently.

Police investigate Aboriginal artwork stolen from Fremantle home (Australia)
(18 February 2016; Perth Now)
But the certificates of authenticity were NOT taken.

National Gallery of Australia review finds 22 works of ‘insufficient or questionable’ provenance (Australia, India)
(17 February 2016; Business Insider)
One wonders what will happen if they expand their research into non-Asian antiquities…

Provenance of 22 Asian artworks at National Gallery of Australia in doubt (Australia, India)
(17 February 2016; The Guardian)
More on the ruling.

National Gallery  judged victim of fraud over Asian antiquities (Australia, India)
(18 February 2016; The Australian)
“Like other major galleries, the NGA was the victim of a well-planned fraud by Art of the Past,” the report says.

Provenance of Ros Packer buy shaping up as bull (Australia, India)
(18 February 2016; The Australian)
The billionaire backed the purchase of a Nandi sculpture that is illicit.

Thief arrested for stealing idols, other items from ISKCON temple (India)
(13 February 2016; Daily Excelsior)
Four idols were taken from an ISKCON temple at Shakti Nagar. The pieces were recovered following the arrest.

20 idols stolen from 2 temples in Udaipur (India)
(16 February 2016; The Times of India)
The gang had stolen 20 idols from two Jain temples.

3 precious idols, valuables stolen from temple in UP (India)
(18 February 2016; The Times of India)
The door was forced at a Jain temple at Mansoorpur village.

Gang dealing in ancient coins busted (India)
(18 February 2016; The Hindu)
Seven people were arrested and two ancient coins they used in a scam were taken off them.

Navdurga temple priests oppose idol replacement (India)
(19 February 2016; Herald Goa)
This case is messy. It is unclear why the committee wishes to replace the idol, but the allegations are that it isn’t for security.

Idols found damaged in temple (India)
(20 February 2016; India.com)
It is unclear why the pieces in Coimbatore in a temple near Periyanaickenplayam were harmed.

Idol installed by President in Vrindavan temple stolen (India)
(16 February 2016; The Times of India)
The piece was placed in Chandrodaya Temple at Vrindavan in 2004.

4 including temple security supervisor held in Vrindavan idol theft case (India)
(18 February 2016; The Times of India)
A quick resolution to this case. The three idols were recovered.

India must start working to reverse plunder of our national artistic heritage (India)
(15 February 2016; The Economic Times)
“According to experts, around 20,000 idols, sculptures and other antiquities have been stolen and sold in foreign countries since 1980”.

Drones for research: Use of the UAV in archaeology (Jordan)
(14 February 2016; Popular Archaeology)
Great work by Dr Morag Kersel and her team to track looting with drones.

Home at last: 39 historic artifacts from Anatolia returned (Turkey)
(15 February 2016; Daily Sabah)
“The newly recovered artifacts bring the total number of artifacts recovered over the past 13 years to 4,268”

These ISIS-Destroyed Artifacts Are Now Available to Download and 3-D Print
(17 February 2016; Observer)
A feature on the 3D work of artist Morehshin Allahyari

Makers in Uproar over Poached Thingiverse Models on eBay
(19 February 2016; All 3D Print)
An interesting new world of copyright and infringement in 3d printing.

The Heroic Effort to Digitally Reconstruct Lost Monuments
(1 March 2016; Smithsonian)
A look at several of the organizations and artists working in this area.

Artists Covertly Scan Bust of Nefertiti and Release the Data for Free Online (Germany, Egypt)
(19 February 2016; Hyperallergic)
Free Nefertiti? Well kinda. You have to actually have a 3D printer for you to do anything with this, but interesting.

Why the UK replica furniture market is about to be hit by new copyright laws (UK)
(15 February 2016; The Independent)
Bringing the UK’s design copyright laws in line with the EU.

Shkreli is sued over his $2 million Wu-Tang Clan album (USA)
(9 February 2016; Reuters)
Artist Jason Koza said he did not authorise the distribution of his fan art in the unique album.