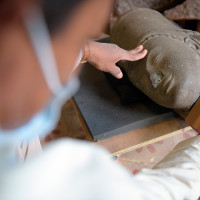 Does Art Crime pay? 5 stolen artefacts and what they sold for
(19 January 2016; FutureLearn)
True stories behind trafficked antiquities

Framed: the new course that teaches you about art crime and antiquities trafficking
(24 January 2016; The Herald)
In which I call certain art criminals ‘idiots’!

A Name Game With the Old Masters
(15 January 2016; The New York Times)
Attribution creep and the urge to ‘prove’ that anonymous artworks are really by famous folks. Where the money is at.

Allegations of botched restoration of Cairo’s medieval walls are ‘lies’: Antiquities ministry (Egypt)
(19 January 2016; Ahram Online)
The latest story in the back and forth between heritage activists and the government.

Tomb Raiding Is a Growing Problem in the Middle East (Egypt)
(21 January 2016; Vice)
Some comments from various people (my self included) about the lack of movement forward on this topic.

8 antiquities employees referred to trial over damage to Tutankamun mask (Egypt)
(24 January 2016; Daily News Egypt)
A step by step of how the mask came to be broken and improperly restored.

The race to save ancient Islamic manuscripts from terrorists who want them destroyed (Mali)
(21 January 2016; The Washington Post)
The on going threat to Mali’s sacred heritage.

Vigilante foils robbery attempt at Kwara Museum (Nigeria)
(18 January 2016; Daily Trust)
Five suspects in the robbery of the National Commission for Museums and Monuments were stopped by locals.

‘Malarky’ Is Latest Graffiti Artist to Sue Fashion Designer (USA)
(8 January 2016; BNA)
The artist says his designs have appeared on handbags at a New York boutique without his permission.

Trailer containing works by Matisse, Chagall stolen from Chatsworth industrial park (USA)
(19 January 2016; Los Angeles Times)
What was this stuff doing in a trailer? Who can say?

Chicago Art Institute accuses Level 3 Construction of damaging underground vault (USA)
(20 January 2016; Cook County Record)
The vault’s roof was allegedly damaged and had to be replaced. It seems like nothing in the vault was harmed.

Family agrees to let MSU museum keep ancient elk (USA)
(20 January 2016; The Detroit News)
It was stolen from an active dig site that was on private property and the property owners are letting the museum keep it.

Lawmakers to decide: Will artifacts be studied or sold? (USA)
(22 January 2016; Tallahassee Democrat)
More on the disastrous proposal that Floridians be allowed to loot archaeological sites with a permit.

Man, boy arrested for theft of artifacts, cell phone (USA)
(22 January 2016; Taft Midway Driller)
Unclear where the got the antiquities but they were trying to sell them on eBay

National Library employee to face trial over theft of 216 books (Ireland)
(21 January 2016; The Irish Times)
The books were taken between 2004 and 2013 from the National Library in Dublin.

Lords put pressure on UK government to sign Hague Convention this year (UK)
(21 January 2016; The Art Newspaper)
With the possibility of a Blue Shield HQ in London

‘Scumbags’ steal Altona Homestead artefacts (Australia)
(20 January 2016; Star Weekly)
The historic weights and measures taken from the museum are thought to have been stolen for scrap.

France’s Guimet Museum returns looted statue head to national museum in Phnom Penh (Cambodia, France)
(20 January 2016; Art Daily)
“The head and the body of the statue had been separated for 130 years”

At National Museum, Decapitated Harihara Statue to Headline (Cambodia)
(18 January 2016; Khmer Times)
With the return of the Harihara statue the Cambodian government urges other countries to return stolen heritage.

Ayyappa temple announces award for clues about stolen lamp (India)
(19 January 2016; Hindustan Times)
The 400kg lamp was taken from Lord Ayyappa temple in Bhopal and now a major reward is being offered for it.

Plea on ‘Missing’ Jewels of Rameswaram Temple (India)
(19 January 2016; The New Indian Express)
The jewellery, which was once on the idol of Goddess Paravathavarthini, was stolen at some point.

Three held for stealing idols from Jain temples (India)
(20 January 2016; Hindustan Times)
The gang is thought to have hit several Jain temples across the country.

Theft of furniture designed by Le Corbusier at Chandigarh College of Arts (India)
(19 January 2016; The Times of India)
The last of several recent thefts of Le Corbusier items from Chandigarh.

Probe team seeks record of Corbusier furniture (India)
(21 January 2016; The Times of India)
Following up on the theft, records of exactly what the school owned are being sought.

Heritage theft ahead of Hollande’s visit (India)
(19 January 2016; The Tribune)
More on the theft of Le Corbusier furniture from the Chandigarh Govt College of Arts

Removal of Shah Jahan mosque relics termed theft of history (Pakistan)
(21 January 2016; Dawn)
Carved stones and tablets with Quranic verses have been removed from the structure by Sindh tourism officials.

Shah Jehan mosque started losing tiles in the 70s, claims khatib (Pakistan)
(22 January 2016; The Express Tribune)
The mosque khatib Professor Mufti Hafiz Abdul Bari says that the removal of the tiles is not a new thing.

Destruction in Kabul: I watched as the Taliban destroyed my life’s work (Afghanistan)
(20 January 2016; BBC News)
Video: Yahya Muhibzada discusses the destruction of artefacts in the national museum and efforts to restore and rebuild.

Terrorists are destroying our cultural heritage. It’s time to fight back (Iraq, Syria)
(18 January 2016; World Economic Forum)
The Director-General of UNESCO offers suggestions for ‘fighting back’ but they aren’t the sorts of things that seem significantly different or effective.

Curator Christine Tohmé Denied Passport by Lebanese Authorities (Lebanon)
(22 January 2016; Hyperallergic)
“Tohmé believes the issue is symptomatic of a new wave of crackdowns across the region” against artists.

Partying for Palmyra: A Davos party with a difference (Syria)
(22 January 2016; BBC News)
Trying to make those with the power to change things care about this issue.