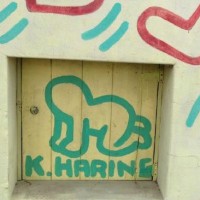 Hot this week: Is everyone ripping off street artists?

End the Looting of Antiquities: A Plea for Action
(13 January 2016; The New York Times)
“Looted antiquities lack a paper trail; buyers can often ascertain whether goods are stolen simply by doing their homework.”

Antiquities minister set to inaugurate exhibition for recovered artefacts on Thursday (Egypt)
(12 January 2016; Ahram Online)
The objects were illegally smuggled and recovered and will be at the Egyptian Museum in Tahrir.

Libya’s threatened ancient history, and why it is significant (Libya)
(15 January 2016; Apollo)
Are we forgetting theft and destruction in Libya due to hyper focus on Iraq/Syria? Probably.

Five questions for the director of the Bardo Museum (Tunisia)
(16 January 2016; The Art Newspaper)
“Moncef Ben Moussa describes the museum’s efforts to rebuild after a terrorist attack at the museum killed 23 people last year”

Thief returns photo stolen from Halifax alehouse after social-media manhunt (Canada)
(14 January 2016; The Hamilton Spectator)
The piece had sentimental value and the internet brought it home.

History museum staff silenced after raising ethical objections to buying Empress of Ireland artifacts (Canada)
(15 January 2016; National Post)
The museum staff feel that the artefacts were looted from the wreck.

Our Stepmom Stole a Monet From Our Dad and We Want it Back, Sons Say (USA)
(6 January 2016; DNA Info)
This is the family of art dealer Sam Salz.

Ancient elk bones returned to MSU museum after 32 years (USA)
(11 January 2016; Detroit Free Press)
The ancient bones were returned by an anonymous person who says they were stolen from a specific archaeological site.

Library Says Missing Painting Was Stolen (USA)
(12 January 2016; Courthouse News Service)
The piece by Vilmos Aba-Novak was taken from the American Hungarian Library in 1992. It was discovered in an estate auction, but the estate won’t give it up.

Gardner suspect’s sentence was cut (USA)
(14 January 2016; The Boston Globe)
But did David Turner, the man in question, provide info to the authorities for a sentence cut?

Library’s Claim to Books Survives Timeliness Challenge (USA)
(19 January 2016; The New York Law Journal)
Judge rules that there is no statue of limitation on the NY Public Library’s claim on stolen books.

Bill would issue archaeology permits to any citizen (USA)
(12 January 2016; First Coast News)
Any. Anyone. And keep whatever they find.

Picasso Bust at Center of Custody Battle Between Gagosian and Qatar Royal Family (USA, UAE)
(12 January 2016; The New York Times)
It appears as if Picasso’s elderly daughter sold the statue twice, maybe via different children. Maybe. This one is messy.

Will Picasso Litigation Force Gagosian to Reveal His $100 Million Mystery Buyer? (USA, UAE)
(14 January 2016; ArtNet News)
Will the dispute result in a curtain on art market secrecy being pulled back?

Austrian Restitution Law Criticized For Failing to Regulate Trade of Looted Art (Austria)
(11 January 2016; ArtNet News)
It still says that art buyers have “the undisturbed right to possess an object and to offer it on the international art market without later being confronted with claims for restitution.”

Odyssey Explorer: Cyprus to examine suspect cargo of antiquities from offshore supply ship (Cyprus, Lebanon)
(16 January 2016; The Independent)
Odyssey Marine naturally declare that they’ve done nothing illegal, which they have said before in cases where courts decided they had.

Owner of purported Monet loses case in French court (France)
(7 January 2016; The Art Newspaper)
The judge won’t rule on if the piece is fake or not, rather says that it won’t order inclusion in the catalogue raisonné.

Suspected arson at Fontainebleau church (France)
(13 January 2016; The Art Newspaper)
Fixtures and objects from the Church of Saint-Louis are destroyed or missing.

Fight ‘Islamic State’ by preventing illegal artifacts trade (Germany)
(13 January 2016; DW)
“We would like to see stricter regulations on imported goods than was previously the case”; me too.

Few Answers on True Owners of Art Found in Gurlitt Trove (Germany)
(14 January 2016; The New York Times)
“The task force’s success should not be measured in the number of returned works”

Switzerland returns stolen Etruscan treasures to Italy (Switzerland, Italy)
(15 January 2016; Swiss Info)
They were seized in the storerooms of “A former high-profile British art dealer, who was previously linked to trading looted antiquities”. Guess who!

Local councils resist temptation to cash-in on their art—for the time being (UK)
(13 January 2016; The Art Newspaper)
Cuts in public funding may inevitably lead to the breakdown of public collections.

The best places in England for unearthing lost treasure (UK)
(17 January 2016; BBC News)
An okay-enough article with a headline that makes me want to cry into my morning coffee.

‘Stealing my painting from St Mary’s Church in Beverley was like a plot from The Archers’ (UK)
(17 January 2016; Hull Daily Mail)
The artist hopes that the homeless man who committed the theft is spared jail time.

Keith Haring mural door in Collingwood resurfaces after 20 years (Australia)
(16 January 2016; The Weekend Australian)
Missing, not quite stolen, and a public appeal brought the piece back.

When the Forgery Is the Art (Hong Kong)
(12 January 2016; The Atlantic)
In the Bi-City Biennale of Urbanism Architecture, the skill needed to create counterfeits is being explored.

Minister writes to CM on Rajrappa shrine security (India)
(14 January 2016; The Daily Pioneer)
Pointing to the theft of idols from nearby temples, “We want a permanent security arrangement for the place”.

Assam: Government asked to stop auction of Jahangir’s 400-year-old golden hookah (India)
(14 January 2016; The Northeast Today)
It was owned by the Gauripur royal family, was seized by the courts, and now is up for auction so that the money can be split among warring family members…but it hasn’t been registered properly under the law.

Siolim – Sodiem temple robbed by unknowns (India)
(16 January 2016; The Times of India)
A silver goddess idol and other items were taken.

Ahir for rules to stop melting of ancient coins (India)
(16 January 2016; The Times of India)
I think we can all get behind Nagpur’s Minister of state for chemicals and fertilizers Hansraj Ahir: melting ancient coins is a bad thing.

Four acquitted of theft at temple in Sec 37 (India)
(12 January 2016; The Tribune)
The 7-year-old case concerned the theft of gold and silver sacred art at gun point.

Temple burglary gang busted in Odisha (India)
(14 January 2016; IAmIn)
The robbery of the 250-year-old temple of Goddess Mangala in Jhanjirimangala, Cuttack has been solved.

How Did Nazi-Looted Art Wind Up in Israel — and What Can Be Done About It? (Israel)
(10 January 2016; Forward)
Not even Israel is immune to the stain of Holocaust art in public and private collections.

Muhammad cartoons censored at Charlie Hebdo exhibit in Tel Aviv (Israel, France)
(10 January 2016; The Times of Israel)
This was after the French embassy expressed concern.

Renowned Writers Unite in Support of Saudi Artist Sentenced to Death (Saudi Arabia)
(15 January 2016; ArtNet News)
I doubt that this will matter to the Saudi government.

Istanbul explosion: 10 dead and 15 wounded in suspected Isis ‘suicide bombing’ in Sultanahmet Square – as it happened (Turkey)
(12 January 2016; The Independent)
This was in the middle of Istanbul’s historic/tourist area.

Ancient obelisk becomes makeshift memorial in Istanbul (Turkey)
(14 January 2016; News 24)
A new meaning for an ancient object, at the foot of which people were killed this week.

Facebook accused of censoring photo of Copenhagen’s Little Mermaid statue (Denmark)
(4 January 2016; The Telegraph)
Eventually it was allowed on the site.

William Boyd: how David Bowie and I hoaxed the art world (General)
(12 January 2016; The Guardian)
Boyd recounts how Bowie published his fake biography of fake artist Nat Tate. Bowie’s participation in the hoax gave it heft.

Lego changes bulk buy policy after Ai Weiwei backlash (General)
(13 January 2016; BBC News)
They will no longer ask WHY customers are buying the bricks in bulk after they declined to sell some to artist Ai Wei Wei.

From Michelangelo to Marden, Seven Fierce Fistfights from Art History (General)
(15 January 2016; Hyperallergic)
Who would you place your money on?

Street Artist Jamie Hef Sues Pop Singer Kiesza over Unauthorized Use of His Work (USA)
(14 January 2016; ArtNet News)
The artwork was painted in such a way to be publicly visible and is on the city street in the background of the music video.