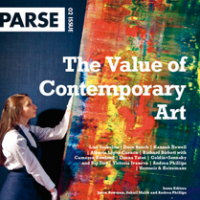 Some of my recent scholarship is online for free. Check it out.

Value and doubt: The persuasive power of ‘authenticity’ in the antiquities market

In the antiquities market value is intimately tied to the concept of authenticity. While beauty, form, function, and rarity are important factors in determining the price an artefact will fetch on the market, none of these matter to most buyers unless the object is “real”. If an antiquity is not ancient, it loses its meaning to buyers: it is valueless. Research into the global antiquities market has revealed extensive market deception regarding the legality of much of the artefacts that are bought and sold. Criminal activity of various kinds exists at all stages and at all levels of the trade. Although it would seem that engaging in a potentially illegal market with very real punitive consequences should be of primary concern to buyers and dealers, in antiquities sales the specific legality of an object is rarely presented directly or openly discussed. In contrast, scientific testing and certificates of authenticity are featured prominently on dealer websites and storefronts. Provenance research may have the side benefit of potentially proving that an antiquity is not illegal, but its primary purpose is to establish an impeccable chain of connoisseurship and thus authenticity.

In this paper I will discuss how the increase in monetary value associated with proof of artefact authenticity has been used to discourage the illicit trade in looted cultural property and prosecute offenders. This can be seen in two phenomena, which display the persuasive power of the concept of authenticity on the antiquities market. The first is the frequency in which antiquities traffickers and other intermediaries photograph looted artefacts in the ground or in transit. Although creating a physical record of their crimes might seem counterintuitive, this photographic proof of the authenticity of a piece increases its value to collectors and thus the monetary gain for the traffickers. The second phenomenon are attempts made by certain source countries to disrupt the market for illicit antiquities by publicly questioning the authenticity of objects for sale at auction. This emerging strategy, usually undertaken in response to a failed bid to halt an antiquities auction in the US or Europe, involves an official declaration that a number of antiquities for sale are, according to experts, fakes. The alleged fakes are not specifically identified, casting doubt on all the pieces for sale and potentially reducing the antiquities’ value in the minds of potential buyers. Through these examples I will offer a general overview of how authenticity-based value is created in the antiquities market as well as how it is subverted.

Collectors on illicit collecting: Higher loyalties and other techniques of neutralization in the unlawful collecting of rare and precious orchids and antiquities

Trafficking natural objects and trafficking cultural objects have been treated separately both in regulatory policy and in criminological discussion. The former is generally taken to be ‘wildlife crime’ while the latter has come to be considered under the auspices of a debate on ‘illicit art and antiquities’. In this article we study the narrative discourse of high-end collectors of orchids and antiquities. The illicit parts of these global trades are subject to this analytical divide between wildlife trafficking and art trafficking, and this has resulted in quite different regulatory structures for each of these markets. However, the trafficking routines, the types and levels of harm involved, and the supply–demand dynamics in the trafficking of orchids and antiquities are actually quite similar, and in this study we find those structural similarities reflected in substantial common ground in the way collectors talk about their role in each market. Collectors of rare and precious orchids and antiquities valorize their participation in markets that are known to be in quite considerable degree illicit, appealing to ‘higher loyalties’ such as preservation, appreciation of aesthetic beauty and cultural edification. These higher loyalties, along with other techniques of neutralization, deplete the force of law as a guide to appropriate action. We propose that the appeal to higher loyalties is difficult to categorize as a technique of neutralization in this study as it appears to be a motivational explanation for the collectors involved. The other classic techniques of neutralization are deflective, guilt and critique reducing narrative mechanisms, while higher loyalties drives illicit behaviour in collecting markets for orchids and antiquities in ways that go significantly beyond the normal definition of neutralization.