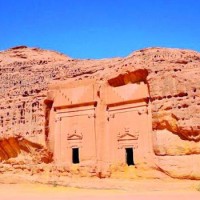 Hot this week: Odyssey Marine is sunk once again.

Better late than never. I am still on holiday in New Zealand so expect Culture Crime News delays.

Would You Buy the Buddha’s Tooth?
(20 December 2015; The Daily Beast)
On fake religious objects and the people who buy them.

Cons and connoisseurs — stories of fraud in the art world
(21 December 2015; The Star)
A chat with Anthony M. Amore on art fraud.

Pope denounces destruction of cultural heritage
(26 December 2015; Manila Bulletin)
As we all should.

Africa’s top collector returns ancestral works to Angola (Angola)
(22 December 2015; The Art Newspaper)
Sindika Dokolo has brought three works back to the Angolan museum they were stolen from.

$60 mil lost due to illegal logging by Guats over 174 square miles of Belize (Belize, Guatemala)
(19 December 2015; Amadala)
A feature on all sorts of trans-border crime in Belize, including antiquities.

Brazil: Fire engulfs Portuguese language museum in Sao Paulo, one killed (Brazil)
(22 December 2015; International Business Times)
This is the Museum of the Portuguese Language and the fire is being investigated. Dramatic photos.

El mar esconde sus tesoros
(20 December 2015; La Vanguardia)
There are around 3000 wrecks in the Spanish main and they are under threat.

Lambayeque: difunden en Panamá hallazgo de tumba intacta de Señor de Sipán (Lambayeque: Recreation in Panama the site of the intact tomb of the Lord of Sipán; Peru, Panama)
(19 December 2015; RPP)
Panama is interested in a reproduction of the famous looted tomb of the Lord of Sipán. Interesting that the ex-Consul General to the US from Panama was involved in trafficking Sipán items.

Christie’s to sell 2,000 photographs seized by US government in biodiesel fraud (USA)
(10 December 2015; The Art Newspaper)
Philip Rivkin pleaded guilty to fraud, and his artworks, allegedly bought to launder money, are going under the hammer.

Art Just Doesn’t Show Up in Money Laundering Cases (USA)
(18 December 2015; Art Market Monito)
Either the US government has a very difficult time detecting money laundered via art or it doesn’t happen as often as we think.

MU professor: Stolen artifacts stemmed from communication breakdown (USA)
(19 December 2015; Columbia Daily Tribute)
Lyman claims that there was a misunderstanding what sort of ‘archaeological reconnaissance’ he had verbal permission to conduct in the National Forest.

Wildenstein Trial to Lift a Veil on Opaque Art World Dealings (USA)
(21 December 2015; The New York Times)
“Almost $250 million worth of art was shipped from family vaults in New York to tax havens in Switzerland”

National Park Services Grave Robber: Man Pleads Guilty to Stealing Remains (USA)
(21 December 2015; Indian Country Today)
At least we are all being spared a needless trial for this.

Negotiating Copyright and Copy-wrong in Architecture (USA)
(24 December 2015; Hyperallergic)
The exhibition Un/Fair Use explores discourse about architecture and copyright.

Peter Max’s wife says stepson stole $4.3M worth of paintings from her (USA)
(24 December 2015; New York Post)
The latest in a long line of lawsuits between the two parties.

Returned “Goddess” Gets New Patina (USA)
(25 December 2015; Iowa Public Radio)
The stolen, recovered piece now has a new pedestal that is meant to be more secure.

Lawyers battle to tip balance of evidence before Knoedler trial (USA)
(21 December 2015; The Art Newspaper)
The first trial in this forgery case is set for 25 January.

Ship with stolen artefacts docks at Limassol port (Cyprus, Lebanon)
(23 December 2015; In Cyprus)
The objects were stolen from a deep sea wreck but it is unclear if the wreck is in Cypriot waters.

Antiquities on board seized vessel ‘not unique to Cyprus’ (Cyprus, Lebanon)
(24 December 2015; Cyprus Mail)
More on the Odyssey Marine seizure.

Museum attendance in Paris plummets after terrorist attacks (France)
(21 December 2015; The Art Newspaper)
The number of visitors to the Louvre, for example, is down 35%.

Is the German Cultural Property Protection Act to be welcomed? (Germany)
(21 December 2015; Apollo)
A “Yes” and a “No” opinion

Just 5 Nazi-stolen works found in Gurlitt art haul (Germany)
(22 December 2015; The Local)
Not as looted as everyone expected?

Lost Nazi-Looted Jean-Antoine Houdon Bust Returns to Poland after 75 Years (Poland, Austria)
(21 December 2015; ArtNet News)
Back after being taken from the Royal Łazienki Palace 75 years ago.

Appeal launched to find lost Sheffield steel sculpture (UK)
(21 December 2015; The Star)
One of the many pieces of missing public art is Kenneth Martin’s piece for Sheffield.

Giraffe tongue among 103 items stolen from National Museum (UK)
(23 December 2015; The Scotsman)
A list of some rather odd items taken from the museum recently

Army sign up ‘Monument Men’ to save treasures from warzones (UK)
(25 December 2015; The Telegraph)
They admit that actually finding anyone to sign up will be hard because why on earth would any of us antiquities experts volunteer to go to a war zone?

Tragedy in India as Artist Hema Upadhyay and Her Lawyer Are Found Brutally Murdered in Mumbai (India)
(14 December 2015; ArtNet News)
It is thought that they were murdered by a ‘fabrication artist’ for some unknown reason.

Two idols stolen (India)
(19 December 2015; The Telegraph)
The Lord Vishnu and Goddess Lakshmi were stolen from a temple in Kursela in Katihar district

Violations in Heritage Zone Under Lens (India)
(20 December 2015; The New Indian Express)
Construction is being halted in the Fort Kochi Heritage Zone due to alleged illegal activity.

After 53 years, Kashmir gets back some of its rare artefacts (India)
(20 December 2015; Greater Kashmir)
The pieces have been JK for 53 years but are back in HP due to “the civil society intervention and the judicial orders”.

Idols from Rani ki Vav near Modi village still missing (India)
(21 December 2015; Times of India)
The pieces were stolen in 2001

Kuvempu museum burglary: trust to seek replica of Padma medal (India)
(22 December 2015; The Hindu)
Despite arrests, the poet’s stolen medal has not been recovered.

Rs2 lakh booty burgled from temple (India)
(25 December 2015; The Times of India)
Gold and silver items were taken from the idol at Thadeshwari Ram temple at Gandhi Sagar Lake.

Antiques’ smuggling: Customs plans to take Interpol on board (Pakistan)
(23 December 2015; Business Recorder)
More on the seizure at Karachi’s airport

US Artworks Delivered to Iran (Iran, USA)
(19 December 2015; The New York Times)
The Tehran Museum of Contemporary Art bought the pieces in 1978 but, ahem, events intervened in their delivery.

My Great-grandfather, the Man Who Held the Key to the Aleppo Codex (Israel, Syria)
(22 December 2015; Haaretz)
Trying to solve the mystery of the missing pages

Report suggests Daesh is smuggling antiquities through Lebanon (Lebanon, Syria)
(23 December 2015; Albawaba)
Based on testimony from an IS member arrested in Lebanon.

Bylaw for antiquities, urban heritage and museums approved (Saudi Arabia)
(25 December 2015; Saudi Gazette)
The law requires all sorts of permits for digging and antiquities export and is meant to cut down on looting and trafficking.

Syrian regime ‘bombs UNESCO world heritage site’ (Syria)
(24 December 2015; Telegraph)
So not ISIS. This situation is not as cut and dry as nearly everyone wants to believe it is.

‘Stolen’ sapphire pops up in Midtown pawn shop 19 years later (USA, Italy)
(22 December 2015; New York Post)
Is this the same sapphire that was stolen from a Milan auction preview in 1996?

The Over-The-Hill-Mob: Inside England’s Biggest Jewel Heist (UK)
(24 December 2015; The Daily Beast)
The alleged group of subjects has an average age of 69.

150,000 People Will Vote to Preserve or Pulverize a Picasso (Other)
(23 December 2015; Hyperallergic)
From Cards Against Humanity. Destruction or salvation?