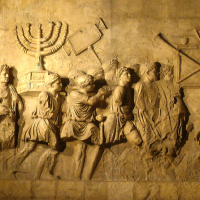 Hot this week: Treasure galleons and the controversial law of the sea.

Antiquities Tax Fraud and Illicit Cultural Property in Latin America: 2 new papers
(19 December 2015; Anonymous Swiss Collector)
A bit of shameless self promotion. PDF of my new paper in the Journal of Financial Crime on tax fraud through donation of antiquities and a chapter in an entirely free book released by ICOM: “Countering Illicit Traffic in Cultural Goods”.

The Desire of Transparency in the Art Market
(18 December 2015; Art Media Agency)
It is a desire that many of us share.

Stolen relief of Egyptian King Seti I recovered from London (Egypt, UK)
(14 December 2015; Ahram Online)
A curator at the BM notified authorities that the piece was about to be sold at an auction house.

Three stolen Egyptian Mameluk-era lamps recovered from London and Sharjah (Egypt, UK, UAE)
(14 December 2015; Ahram Online)
They were taken from the storehouse of the National Museum of Egyptian Civilization and replaced with replicas.

ICOM releases red list of Libyan antiquities at risk (Libya)
(15 December 2015; The Art Newspaper)
Do not buy! Cultural items at risk during current instability in the country and region.

Libya’s cultural heritage ‘being destroyed and plundered by Isis’ (Libya)
(15 December 2015; The Guardian)
…and other people. This isn’t new.

Figurine from sophisticated ancient South African society creates culture war over whether it should be allowed to tour abroad (South Africa)
(18 December 2015; Japan Times)
The gold rhino could be sent to the British Museum, but with a mind to the colonial legacy, should it be?

Closing the book on John Mark Tillmann’s stolen antiques (Canada)
(14 December 2015; Maclean’s)
“One of Canada’s most infamous antique thieves is out on parole”

‘Lost’ Treasure Ship Is Also a War Grave (Colombia)
(15 December 2015; Live Science)
This is something we often forget about shipwrecks in the rush to ‘salvage’ them.

Así fue el robo al Museo de Antropología hace 30 años (This is How the Robbery at the Anthropology Museum 30 Years Ago Went; Mexico)
(19 December 2015; Yancuic)
The shocking Christmas Eve theft of the country’s greatest treasures, and surprises during the recovery.

Ministerio Público archivó unas cuarenta denuncias por afectación cultural (Public Prosecutor filed complaints for around 40 arrested for damaging culture; Peru)
(9 December 2015; La Republica)
Even when sizable seizures of looted artefacts have been made, no one has gone down for them.

Tesoros en el mar peruano (Treasures in the Peruvian Sea; Peru)
(13 December 2015; La Republica)
Colombia is not the only Latin American country with sensitive underwater sites that face a threat of looting.

Police make arrest in $200,000 theft of artworks from trailer in Richmond; all artwork recovered (USA)
(15 December 2015; The Richmond Standard)
The original glass blown art, some of it quite large, was taken from artist Alexis Silk.

Jeff Koons Back In Court: Plagiarism Or Image Sampling? (USA)
(15 December 2015; Artlyst)
A photographer says that Koons reproduced an image he created for a Gordons Gin advert

Police: Man stole cannonball, other artifacts (USA)
(15 December 2015; The Evening Sun)
The man stole the items out of a Gettysburg garage and tried to sell them on to a Gettysburg militaria store.

United Nations exhibition highlights the protection of cultural heritage (USA)
(16 December 2015; UNESCO)
The exhibition will be open from 14 until 24 December at UN Headquarters.

Retired Effigy Mounds official will plead guilty to removing ancient human remains (USA)
(16 December 2015; The Gazette)
He faced up to $100,000 in fines and a year in jail.

Sentencing delayed in ’12 museum break-in (USA)
(17 December 2015; Herald Dispatch)
The man pled guilty to the 2012 attempted robbery of the Huntington Museum of Art.

Bulgarian Customs Prevent Smuggling of Ancient Coins, Artifacts into England (Bulgaria, UK)
(14 December 2015; Novinite)
The artefacts were found in boxes in a minibus on the border with Romania. Some of the items already had price tags on them in British pounds.

Lichtenstein Investigated Yves Bouvier (Europe)
(19 December 2015; The News Hub)
Already under investigation in France and Monaco, the dealer is being investigated for money laundering in Lichtenstein as well.

Two Warhol Prints and an Otto Piene Artwork Stolen from Gallery Vehicle in Germany (Germany)
(18 December 2015; ArtNet News)
They 3 prints were taken from a vehicle owned by the director of Galerie Hafenrichter.

Does Greece want its marbles back? (Greece, UK)
(14 December 2015; Neos Kosmos)
Greece won’t proceed with litigation because “if we lose things will get tough”.

Found: ‘Priceless’ 18th century ‘Bust of the Goddess Diana’ looted by the Nazis in WWII returned to Warsaw’s Royal Lazienki Palace (Poland, Austria)
(18 December 2015; The Daily Mail)
It appeared at an auction in Vienna after being missing for 75 years.

El robo del Códice Calixtino: una peripecia digna de un guión de Berlanga (The theft of the Codex Calixtino: a premise worthy of a script by Berlanga; Spain)
(14 December 2015; El Mundo)
A long read on the theft, recovery, and protection of this manuscript

Another church hit by lead thefts — St Mary’s in Cratfield the latest to be targeted (UK)
(8 December 2015; East Anglian Daily Times)
An estimated 6 tonnes of lead sheet was taken off the roof of this historic church.

Return of the Monuments Men: New UK unit will save priceless artefacts from jihadis (UK)
(13 December 2015; Daily Star)
The headline for this article is preposterous and sexist. Announcement of cultural training for a military unit.

Historic England on a mission to locate publicly subsidised art that has disappeared from view (UK)
(15 December 2015; The Independent)
More on Historic England’s initiative to find out what has happened to missing public art.

Stolen Dutch Art Shows Up in Ukraine, but Getting It Back Isn’t Easy (Ukraine, Netherlands)
(15 December 2015; The New York Times)
The Ukrainian “ultranationalist militia” turned art crime investigators want money, of course. More money, it seems, than anyone will pay.

Unsettled art show accompanies Encounters at the National Museum of Australia (Australia)
(14 December 2015; The Sydney Morning Herald)
An artistic response to the controversial exhibition which sees Indigenous objects from the BM back in Australia but unable to be claimed.

Motunui epa: Maori storehouse carvings returned home after 150 years buried in a swamp, 40-year European exile (New Zealand)
(16 December 2015; ABC News)
I saw these panels in person the day this article came out! They are spectacular. Must read!

Brickyard digs into ancient burial site for material (China)
(18 December 2015; ECNS)
Allegations that “an ancient tomb was threatened by the operations of a nearby brickyard in Xianyang, Shaanxi province”

Jain community urges CM to give facelift to Lachhuar temple (India)
(15 December 2015; The Times of India)
A request for further security at the historic temple where the looted and recovered Lord Mahavir is being kept.

Bronze statues of Buddha, Ambedkar stolen from Buddhist temple in Kausa (India)
(16 December 2015; The Times of India)
A vegetable vender noticed the locks had been broken on Buddha Vihar at Charni Pada, Kausa area.

Idols, sculptures of damaged sites safe: DoA (Nepal)
(14 December 2015; Kathmandu Post)
“Not even a single part of our damaged monuments has been lost,”

Artwork stolen by Nazis found… at Israeli museum (Israel)
(15 December 2015; The Times of Israel)
The work, titled The Beggar, was taken from Paris Jews; it was brought to Kibbutz Ein Harod in 1954

The Israeli Defense Minister Who Stole Antiquities (Israel, Palestine)
(19 December 2015; Haaretz)
Moshe Dayan used his position to dig at sites of his choosing and keep the spoils.

Scientists work to save antiquities from Islamic State destruction (Syria)
(18 December 2015; Science)
A focus on the work of Kathryn Hanson and Salam Al Kuntar.

Heracles relief suffers damage (Turkey)
(14 December 2015; Hurriyet Daily News)
Although this relief was damaged due to industrial agriculture, the area is also threatened by looters.

Knidos wants to regain its artifacts (Turkey)
(16 December 2015; Hurriyet Daily News)
The Lion and Demeter of Knidos is at the British Museum and at least someone thinks there is any hope of return…

Bricks and mortar fire: Yemen’s cultural heritage is in the crosshairs (Yemen)
(17 December 2015; The Conversation)
Again, we are all forgetting about Yemen.

Nazi gold train: ‘No evidence’ of discovery in Poland (Poland)
(15 December 2015; BBC News)
Looks like I don’t have to eat my hat.

The Sheep Sculpture Stolen By a Browns Fan Has Been Returned (USA)
(16 December 2015; Cleve Scene)
Thank goodness, the neon sheep has been restored.

Taylor Swift accused of hypocrisy for using artist’s design without permission, credit or fee (USA)
(16 December 2015; The Independent)
‘Art is valuable and valuable things should be paid for’

A millionaire bought the only copy of Wu-Tang Clan’s new album. Is this the future of art? (USA)
(17 December 2015; Vox)
Sigh. No matter how much we all want it to be so, there is no contractual option for Wu-Tang and Bill Murray to go on a album heist caper. They can still do it (fingers crossed), but it isn’t in the contract.