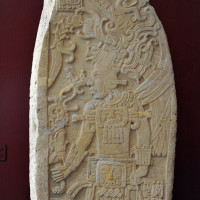 A whole book (that I have a chapter in) and my new article about antiquities donation tax fraud free online.

Illicit Cultural Property from Latin America: Looting Trafficking and Sale
by Donna Yates
In Countering Illicit Traffic in Cultural Goods: The Global Challenge of Protecting the World’s Heritage, 2015
(this whole book is Free!!)

In this paper I will provide a broad overview of the theft, smuggling, and illegal sale of cultural objects from Latin America. I open with a description of the two primary categories of looted Latin American cultural property: pre-Conquest artefacts and Colonial sacred art. I will then describe the form and functioning of the illicit trade in Latin American antiquities in the past. Using the case study of the theft and trafficking of a large Maya sculpture from the site of Machaquilá, Guatemala, I will discuss the on-the-ground devastation of the historic trade in looted Latin American objects as well as present a model of a historic antiquities trafficking network. I will then discuss important shifts in the focus and structure of the illicit trade, describing what is known about current looting and trafficking of cultural property from the region using the theft of an altarpiece of the Church of Challapampa, Peru, as a demonstrative case study. The paper will close with a discussion of the various outside forces that appear to play a significant role in the continued looting and trafficking of Latin American cultural objects. Among these important forces to consider are deforestation, people movement, the narcotics trade, local and regional instability, community insecurity, poverty, globalisation, and developmental disparities. If reducing the illicit trade in Latin American cultural property is our goal, all current and future policy must address these issues.

Available here or here (no paywall)

Design/methodology/approach
Two thoroughly researched case studies are presented which illustrate the particular features of current and past antiquities donation incentivization schemes which leave them open to manipulation and fraud.

Originality/value
This paper presents the mechanisms of the antiquities market and museum world to an audience that is not familiar with it. It then clearly demonstrates how the traditional practices of this world can be manipulated for the purposes of tax fraud. Two useful case studies are presented and one of these case studies has never been academically published before, despite it being the cause for a change in Australian tax law.