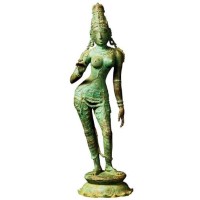 The Art of the Con: The Most Notorious Fakes, Frauds, and Forgeries in the Art World by Anthony M. Amore
(7 November 2015)
Where there’s money, there are con artists. A collection of astounding art fraud cases.

Art Donors Give to Smaller Nonprofits
(1 November 2015; The Wall Street Journal)
But can these small orgs really secure the art? Expensive!

11 Of The Most Audacious Art Heists In The Last Hundred Years
(8 November 2015; Cupik)
Some art heist vignettes

Looted Chokwe masks and a rare statue to be returned to Dundo Museum in Angola (Angola)
(4 November 2015; Art Daily)
The Fundação Sindika Dokolo is returning these masks which were looted during the civil war.

Smuggling bid foiled: 1124 Egyptian artefacts recovered before heading to Thailand (Egypt)
(5 November 2015; Ahram Online)
The pieces were seized in Damietta port on their way to Thailand which is quite interesting.

Disaster’ Is the Best Word to Describe the State of Egyptian Tourism (Egypt)
(7 November 2015; Skift)
Successive major incidents, both involving an not involving tourists to Egypt’s heritage sites, have pretty much ruined any tourism hope.

Water Is Life uses stolen art to raise money for a good cause (Kenya)
(4 November 2015; The Drum)
The artwork by French artist JR was on roofing material in a Kenyan slum. This non profit claims they are taking it from the poor to give to the poor. Difficult.

Lawyer teaches natives how to reclaim looted art (Canada)
(6 November 2015; The Canadian Jewish News)
A talk from lawyer Donald Burris organized by the Chiefs of Ontario.

Several guns stolen from Museum of the West (USA)
(2 November 2015; The Daily Sentinel)
The museum says that “truly irreplaceable items” were not taken.

Former Wyoming museum director gets community service for theft (USA)
(2 November 2015; Billings Gazette)
The ex Fremont County Pioneer Museum has been sentenced for stealing items from the museum after she was fired in 2012.

Cornelissen cello, worth $40,000, stolen in North Carolina (USA)
(3 November 2015; The Strad)
The instrument was taken outside of the Reynolda House Museum of American Art in Winston-Salem, North Carolina

Worries of Market Chill at Sotheby’s Auction of Ex-Chief’s Collection (USA)
(5 November 2015; The New York Times)
Maybe “property of the collection of a convicted white collar criminal” is considered a less than favourable provenance.

Experts Believe Hobby Lobby Stole Biblical Antiquities From Iraq. Here’s Why. (USA)
(4 November 2015; Think Progress)
If someone truly thought he didn’t have looted material, I’d question their expertise on the matter. Even Green seems to think he does.

Museum reopens, tensions flare at meeting (USA)
(6 November 2015; The Bristol Bay Times)
There is still significant controversy over the Russian bibles found in the home of the Executive Director of The Museum of the Aleutians

The Auction Gavel Finally Falls in the Wake of a 17-Year Battle Over Malevich Restitution (USA)
(6 November 2015; Artsy)
More on this restitution case and subsequent sale.

Ohio man ordered to write paper after drunken ride on ancient burial mound (USA)
(7 November 2015; The Guardian)
The 20-year-old pleaded guilty to drunkenly damaging Serpent Mound and will now have to write a research paper about it. I volunteer to mark it!

Germany’s Dating Of Start Of Holocaust Questioned (Germany)
(3 November 2015; The Jewish Week)
The German government has filed papers saying that the Guelph treasure sale wasn’t forced because the Holocaust didn’t start until after 1935. Yow.

Looted marble bust returned to Poland (Poland, Austria)
(2 November 2015; The Art Newspaper)
The sculpture by Jean-Antoine Houdon was taken from the collection of King Stansilaw August and located in a Vienna auction house

Unionist parties in censorship row after demanding removal of painting showing `Orangemen in KKK clothing’ (United Kingdom)
(6 November 2015; The Independent)
The Royal Ulster Academy has not bowed to demands by unionist parties the painting be removed. Interestingly the Orange Order says it has NOT called for the painting to be removed saying “the Orange Order does not actively support censorship”. Odd.

Encounters at National Museum of Australia: our Elgin Marbles come home (Australia)
(6 November 2015; The Sydney Morning Herald)
“Plundered, looted and seized”; some of these are controversial objects from the British Museum collection.

Mungo Man to be moved to National Museum of Australia’s repatriation unit (Australia)
(6 November 2015; The Canberra Times)
More on the return of Mungo Man

‘Mungo Man’: Bones of Australia’s 42,000-year-old man returned to Aboriginal tribes for burial (Australia)
(7 November 2015; The Independent)
The remains have been kept in a cardboard box at Australian National University since 1974 which has been distressing for Aboriginal groups.

Fake Lindauer painting kept in cupboard for years before $75,000 Turnbull sale (New Zealand)
(5 November 2015; The Dominion Post)
The painting dates back to at least 1974.

Looking to the Future Through the Traumas of the Past (Cambodia)
(3 November 2015; Hyperallergic)
A group exhibition at the Sundaram Tagore Gallery in New York includes Leang Seckon, “Indochina War” (2015) which uses imagery of looted Cambodian statues.

Asian Civilisations Museum hands back sculpture identified as stolen to India (Singapore, India)
(6 November 2015; The Straits Times)
The exquisite, stolen Uma Parameshwari is back in India

Indians sue Queen for return of £100m jewel in the crown: Bollywood stars and businessmen launch legal battle over 105-carat diamond which they say was stolen from their country (India)
(7 November 2015; The Daily Mail)
It doesn’t say a suit has been filed. Perhaps it has. Let’s wait for some non-Mail reporting.

Singapore gallery returns 11th century statue to India (India)
(8 November 2015; The Times of India)
More on the return of the Uma Parameswari which was smuggle and sold by dealer Subhash Kapoor.

MMEA To Return Seized Artefacts From Warship To British Government (Malaysia)
(6 November 2015; Bernama)
The items were stolen from the HMS Prince of Wales and were seized from Vietnamese looters.

Museums in Turkey, ministry fight back against forged artifacts (Turkey)
(7 November 2015; Hurriyet Daily News)
“The Culture and Tourism Ministry has seized hundreds of fake artifacts over the last five months.”

Website The Oatmeal trolls HuffPo over cartoons published without permission
(28 October 2015; The Guardian)
Artist Matthew Inman replaced the image links with a screen shot of his monthly image hosting bill which, of course, then displayed on Huffington Post.