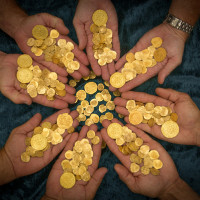 Hot this week: refuge for artefacts, not people…

An Object of Beauty: A Novel by Steve Martin
(21 November 2015)
Steve Martin wrote an art world novel and you should just read it already.

Scholars gain insight from the geographical and cultural movement of artifacts
(20 November 2015; Phys.org)
A look at the movement of antiquities and ethnographic items in the Early Modern World

Antique statuette seized at Aswan railway station (Egypt)
(13 November 2015; The Cairo Post)
The statuette was hidden in a box of dates. The man carrying said he found it while doing farm work.

German man returns mummy mask to Egypt after 50 years away (Egypt)
(18 November 2015; Ahram Online)
The German collector who had the piece for 50 years wanted it returned after his death.

Up Close At Uxbenka (Belize)
(17 November 2015; 7 News Belize)
The Uxbenka case continues: racism or wilful destruction of a Maya site.

Halifax police seek bell stolen from Princess of Acadia ferry (Canada)
(18 November 2015; CTV)
The bell from the retired vessel was supposed to be turned over to the Maritime Museum of the Atlantic.

Over $125K Worth Of Art Is Padlocked Inside This Debt-Ridden Tribeca Gallery (USA)
(11 November 2015; Gothamist)
The gallery owner gave the artists no warning that she was under threat of eviction.

Historic bricks stolen during demolition of old Oswego Village Hall (USA)
(16 November 2015; Chicago Tribune)
80 historic bricks were being saved for a future project and some were swiped.

Museum of Modern Art Returns German Artwork to Heirs of Jewish Collector (USA)
(16 November 2015; The New York Times)
Power of provenance research. The history of the painting was obscured by it’s name being changed.

No answers after collection of coins stolen from South Bend History Museum (USA)
(17 November 2015; WSBT)
The 19th century coin collection was taken after their plexiglas case was broken.

Sotheby’s offers voluntary redundancies to cut costs (USA)
(17 November 2015; The Art Newspaper)
This is after a series of poor looking revenue results.

10 years later, Everhart theft remains unsolved (USA)
(18 November 2015; Citizens Voice)
A Warhol and a possible Pollock were taken from the Everhart Museum in Scranton and have not turned back up.

Judge blocks sale of paintings allegedly owned by Nazi victim (USA)
(18 November 2015; New York Daily News)
The sale and transport of two Egon Schiele paintings in the possession of Richard Nagy were blocked as they may be part of the Fritz Grunbaum collection.

Tale behind Schiele watercolours is a tragedy—but is it a theft? (USA)
(21 November 2015; The Art Newspaper)
A look into the Grünbaum heirs/Richard Nagy case.

U.S. agents recover N.C. Wyeth paintings stolen in Maine (USA)
(19 November 2015; Reuters)
These are the last two of the lot of six which were stolen. The others were recovered in a CA pawn shop.

Sexton: Search for cello that disappeared from Reynolda House vexes artist (USA)
(22 November 2015; Winston-Salem Journal)
Turns out the cellist left the cello at the Reynolda House Museum of American Art by mistake where it was swiped.

US lawmakers call from Bayern looted art (Germany)
(19 November 2015; OR Politics)
A call for Bavarian Museums to commit to the return of Nazi-looted art.

Nazi Art Case Tests Start Date Of Shoah (Germany)
(19 November 2015; The Jewish Week)
More fight over the Guelph Treasure. Questioning the start date of the Holocaust isn’t likely to win anyone over.

Museum hunts for 2,000 year old mummy’s missing teeth (Netherlands)
(16 November 2015; NL Times)
So someone in the last 120 years took all but one of Yde girl’s teeth. If you have them, please return them.

News Matisse portrait claim rejected by National Gallery (UK)
(7 November 2015; The Art Newspaper)
The heirs of the sitter, Greta Moll, say the with was misappropriated at the end of WWII.

John Oliver explains why India is unlikely to get the Koh-i-Noor diamond back (UK)
(17 November 2015; Mashable)
‘”The entire British Museum is basically an active crime scene,” he added.’

Stolen ancestral remains repatriated to Western Australia after years of negotiations (Australia)
(21 November 2015; ABC News)
The remains belong to three Bari Jawi people and were handed back by the Natural History Museum in Vienna.

Fujian villagers turn to legal act to claim Buddha statue with a mummified monk (China)
(16 November 2015; What’s On Xiamen)
Despite positive words, the mummy taken from Fujian’s Yangchun village may go down the legal route for return.

Idol, gold chains stolen from temple (India)
(16 November 2015; The Hindu)
An idol of Yellamma was stolen from a temple in Gopalpura. The thieves climbed a tree and entered the temple through the roof.

Thieves return stolen idol (India)
(22 November 2015; The Hindu)
The idol of Yellamma stolen from the temple on Magadi Road, Bengaluru, was found propped against the temple door.

Idol smugglers’ gang busted in Alwar, 10 held (India)
(20 November 2015; The Times of India)
The gang members were nabbed while trying to sell the idols stolen from Bai village in Alwar last month.

Idol theft: Police teams rushed to K’taka, Delhi (India)
(21 November 2015; The Times of India)
The arrest of a gang of idol thieves in Alwar has lead to further raids in various places.

Uncontrollable art forgery plagues Indonesia’s art scene (Indonesia)
(15 November 2015; The Jakarta Post)
This is both in the internal market and in art items bought abroad and brought in to Indonesia.

AG failed to take action in Museum theft case (Sri Lanka)
(17 November 2015; Daily News)
Apparently even the Criminal Investigation Dept has still not received an order from the AG to investigate a robbery at the National Museum in 2012.

Why is Saudi Arabia destroying the cultural heritage of Mecca and Medina? (Saudi Arabia)
(19 November 2015; The Art Newspaper)
The author asserts that “systematic destruction of Saudi Arabia is under way”.

Penalties for tampering with antiquities detailed (Saudi Arabia)
(21 November 2015; Arab News)
A quick run down of Saudi cultural heritage regulation. “It is illegal to possess antiquities without the proof of legitimate ownership.”

Louvre’s director draws up 50-point plan in response to Isil’s destruction (Syria)
(19 November 2015; The Art Newspaper)
I urge everyone to think these points through before you voice any opinion of them. The implications are distressing.

Asylum for artefacts: Paris’s plan to protect cultural treasures from terrorists (Syria)
(20 November 2015; The Guardian)
More upsetting support for “artefact asylum” from non experts who appear incapable of thinking through the implications.

‘Toenail Hoard’ of 500 coin clippings found in Forest of Dean (UK)
(18 November 2015; BBC News)
An ancient cheat! Culture crimes of the past.

Research project begins into effect of total ivory ban in the UK (UK)
(20 November 2015; Antiques Trade Gazette)
The lead researcher is hoping to engage with the trade to understand the effects of the band

Familiar Tree Prevails in Car-Scent Trademark Suit (USA)
(19 November 2015; The New York Times)
“A jury found that the other company, Exotica Fresheners Company, had infringed on Little Trees’ trademark with the look of its product”