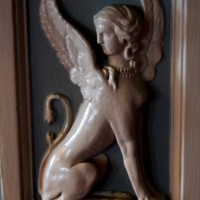 Not every Scottish Grand Tourist returned with the Parthenon in tow.

Culzean Castle (pronounced, to my constant confusion, kul-LAYN) was built between 1777 and 1792 as the home of the Marquess of Ailsa (ex Earls of Cassillis, ex Lords Kennedy). It’s located in Ayrshire, on the sea with a view of Aran; you may know it as the residence of Lord Summerisle in The Wickerman (1973). I went there last weekend to enjoy what may be the last nice day in Scotland this year. What a heritage experience! 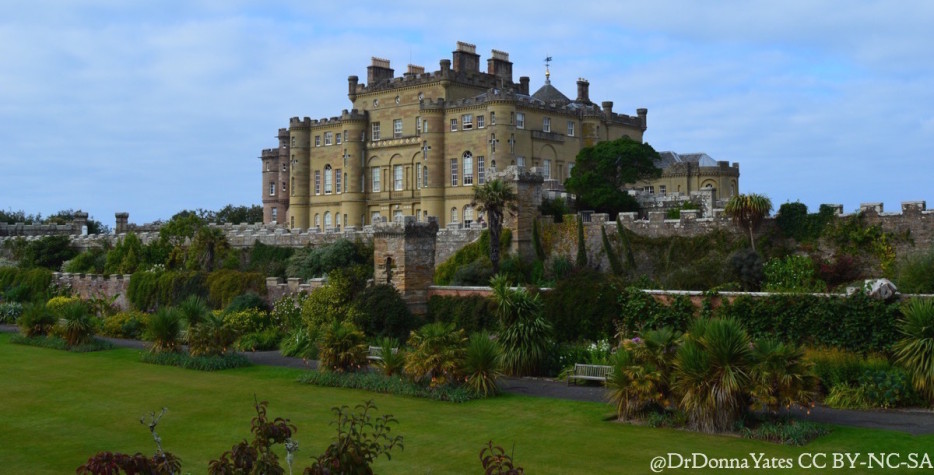 Totally Summerisle! Look at Culzean Castle’s palm trees. The Wickerman was the only film I moved to Scotland with…

So Culzean was built and then outfitted during the heyday of the Grand Tour: a time when the monied sons (and a few daughters) of British nobility traipsed through Italy, Greece, and West Asia in search of the perceived roots of their own greatness secreted within the ruins of “Classical” antiquity. Did the Scottish nobility Grand Tour? Did they EVER!

Two words for you: Lord Elgin. 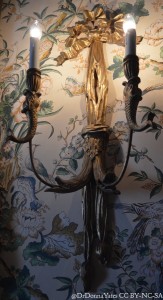 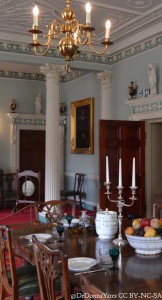 Columns, urns, and statues in the Culzean Castle dining room.

Sir Thomas Kennedy, the 9th Earl of Cassillis, Grand Toured in the 1750s and liked what he saw. Not really in the “bust up this temple and take it home with me” sort of way, but more in a home makeover sort of way. That meant tearing down most of the 16th century tower house on their property and putting up something fresh and nouveau ancient. Culzean Castle. It bankrupted him.

The Earl and the Earls that followed him were clearly captivated by classicism but wanted a modern spin on it. Ancient art for the modern household. Total neo-Classicism.

There are a lot of different bents on this ancient modernity in architecture, each with a different name, all of which overlap. Egyptian Revival is tied to Napoleon’s invasion of Egypt and the pop sensation that was the decipherment of the Rosetta Stone. Greek Revival which is linked to our ideas of power, strength, and authority in architecture. Byzantine Revival, which doesn’t get much play here in the UK but is still part of this yearning for the yore. That’s the outside of your building. Now you need decor to match. 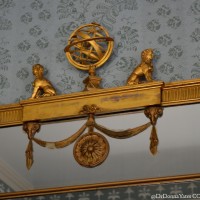 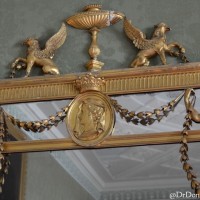 At this point there are two roads: authentic antiquities or or neo-classical contemporary ones. Do you literally buy the bits and pieces of the past or do you display a modern take on such things? Clearly some people chose the first. Sometimes, but not always, the grand tourers brought souvenirs back with them: the semi-mythical antiquities that are said to haunt the attics of all anonymous artefact sellers. The wealthy also engaged in a growing market for foreign artefacts; this was a time when we start to see dedicated antiquities dealers. Kinda. But not everyone was into that. Some of those inheritors of ancient glory wanted to assert their past connections through their own modern spin. Neo-classical decorative arts, then, were the way forward, not backward. 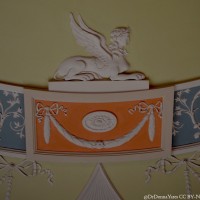 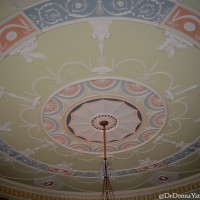 Classical flourish on the ceiling.

Throughout Culzean Castle, then, one doesn’t find a collection of authentic antiquities[1]; rather, you see re-imagined copies with a contemporary flair, Greek and Egyptian design elements, and Classical themes which were meaningful to the owners and applicable to the rooms they adorned. The feel of the past, a claiming of an unbroken line from ancient greatness, but without any of those dusty antiquities. It is as ancient as it needs to be and should be. It fits perfectly within time and place. 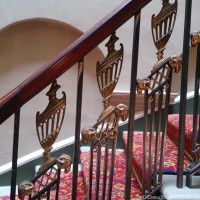 Urns up the stairs. 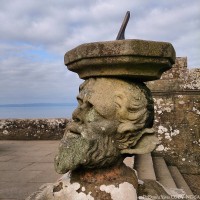 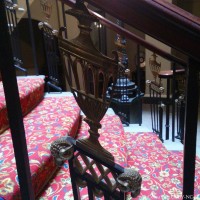 Urns down the stairs.

This choice of neo-Classical over the truly Classical, of a modern take over ancient authenticity fascinates me. I’d love to read more about those who chose not to collect antiquities but loved an idea of the past none-the-less. Book suggestions welcome (I’ll review them for the site!).

Meanwhile, enjoy these photos of sphinxes, urns, and Classical what-nots from around Culzean Castle. Visit yourself for more (and out of love for Christopher Lee).

More sphinxes, this time with harp, at Culzean Castle.

This Sphinx has been *ahem* enthusiastically painted.

[1] To be fair, for all I know the former residents of Culzean had a massive antiquities collection that they sold off or have hidden in the attic somewhere. Please someone let me know if they do/did. I just know that there were no authentic antiquities on display among all of the other snazzy things.