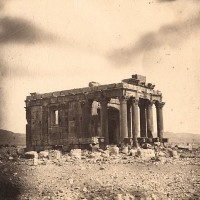 Hot this week: Lots of ISIS antiquities targeting talk out of the USA

Hitler’s Art Thief: Hildebrand Gurlitt, the Nazis and the Looting of Europe’s Treasures by Susan Roland
(2 October; Reviewed by Donna Yates)
A largely disappointing book about the amasser of the Gurlitt art hoard.

Real or forgery? Telling the difference is a fine art
(2 October 2015; Property Casualty 360)
The trials and tribulations of art appraisal.

Marion True Does Not Deserve Our Sympathy
(2 October 2015; Hyperallergic)
Walsh argues that despite attempts to change the narrative, Marion True was a curator who knowingly bought looted antiquities for the Getty Museum on multiple occasions.

Looted Egyptian figurine arrives from France (Egypt)
(2 October 2015; The Cairo Post)
The wooden figurine of a woman was stolen from a storeroom at Sakkara sometime after 2011 and smuggled in to France.

Egypt’s embassy in London restores smuggled pharaonic stele (Egypt)
(3 October 2015; The Cairo Post)
The stela was purchased by a UK citizen from ‘an antiquities merchant’. Upon realising it was stolen from a temple in Asyut, he sent it to the Egyptian Embassy in the UK.

Court Remands Scrap Dealer For Stealing Ancient Church Bell (Ghana)
(29 September 2015; Peace FM)
The individual was seen carrying the historic bell from the Methodist church by members of the public who chased after him.

Man charged with breaking $120,000 Chihuly at Tacoma Art Museum (USA)
(29 September 2015; The News Tribune)
The man is accused of breaking the piece on purpose and has a history of mental illness.

How a fake masterpiece ended up on walls of Florida museum (USA)
(4 October 2015; Palm Beach Post)
A feature on forger Mark Landis and how one of his works entered the Boca Museum.

Trevor Noah calls Isis ‘capitalist hypocrites’ for selling stolen artifacts to the US (USA, Iraq, Syria)
(30 September 2015; The Independent)
Always odd when that thing you study ends up on the Daily Show, even if Jon Stewart is no longer there.

Information that leads to the significant disruption of Trafficking in Oil and Antiquities Benefiting the Islamic State of Iraq and the Levant (ISIL) (USA)
(29 September 2015; Rewards for Justice)
A reward of up to $5mil for info leading to significant disruption of antiquities looting/smuggling linked to ISIS. I’m guessing ‘core research into effective policy’ doesn’t count for cash?

Uniting Against Threats to Cultural Heritage in Iraq and Syria (USA, Iraq, Syria)
(30 September 2015; U.S. Department of State)
What the State Department has funded with regards to, specifically, Iraq/Syria antiquities trafficking.

Hermann Goering’s ‘full catalogue’ of looted Nazi art published for first time (France)
(30 September 2015; The Telegraph)
The handwritten list of Goering’s collection, kept in the French diplomatic archives, has been published in full

For Norwegian Museum, a Loss Produces a Gain (Norway)
(28 September 2015; The New York Times)
The story of the Henie Onstad art museum’s return of Nazi-looted paintings to heirs.

How a long-lost Polish painting, likely stolen by Nazis, ended up in Ohio (USA, Poland)
(28 September 2015; The Washington Post)
A little more of the back story on the movement of this painting

Body found in London canal identified as Italian national (UK)
(30 September 2015; The Guardian)
The Italian man ha been previously convicted for the theft of a painting from Santa Maria della Fava in Venice in 1993. His cause of death is unknown.

How did a former Italian art thief end up dead in a London canal? (UK)
(4 October 2015; The Guardian)
More on the suspicious death of Sebastiano Maganini.

Chance For Locals To Turn Detective Over Art Forgery (UK)
(1 October 2015; Bath Echo)
The Victoria Art Gallery in Bath has included fakes in their display and visitors get to hunt for them! Fun!

Collapsed Hadrian’s Wall repairs carried out (UK)
(2 October 2015; BBC News)
The 23m section of wall fell due to people walking on it;the section itself was a 19th century reconstruction.

Serious intention to raise funds to save Sekhemka Egyptian statue (UK)
(2 October 2015; BBC News)
Preventing public to private antiquities movement? Sekhemka is being retained until 29 March 2016 as there seems to be a real intention for it to be bought within the UK

3 tomb raiders die from lack of air while attempting to rob ancient grave in central China (China)
(30 September 2015; Fox News)
The human cost of the antiquities trade. Three of the five people robbing the tomb near Chengjiao, Yiyang.

‘Beef up security at Daulatabad Fort’ (India)
(23 September 2015; The Times of India)
A 13th century Ganesha was among the items stolen from this site.

Cop dilemma over antique or fake (India)
(29 September 2015; Bangalore Mirror)
Five were arrested for trying to sell a Quran, but is the book authentic? Either way, they broke the law, but which one?

Art lovers to get a digital address under the Digital India campaign (India)
(3 October 2015; India Today)
This seems to be a move to get more people in compliance with existing antiquities registration legislation.

Where Do ISIS-Looted Antiquities Go? (Iraq, Syria)
(30 September 2015; Vice)
A much better question is where do ANY looted antiquities go?

Iraqi historian claims ‘Jewish mafia’ behind antiquities theft in Middle East (Iraq)
(30 September 2015; The Jerusalem Post)
Among the stupidest and least helpful things these men could possibly say. The statement was made by the son of Khaled al-Asaad who was killed by ISIS.

ISIS Raid Netted Stolen Treasure Trove of Ancient Artifacts (Syria)
(30 September 2015; The Daily Beast)
This is about the items seized from the Abu Sayyaf raid which were later brought to Iraq.

Getty seeks to preserve memory of Palmyra’s Roman ruins through acquisition of rare photography collection (Syria)
(2 October 2015; The Art Newspaper)
The photographs were taken in 1864 by a French naval officer.

Turkey’s Culture Ministry defends restoration at Aspendos (Turkey)
(30 September 2015; Hurriyet Daily News)
The stone used was not ‘kitchen grade’, rather the correct type of marble. It will eventually age to look similar to the older stone.