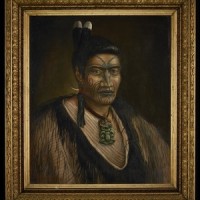 Hot this week: Reflecting on so many scandals

The Mystery of the Lost Cezanne: A Verlaque and Bonnet Mystery by M.L. Longworth
(24 October 2015)
Long week? Me too. Why not relax and read an amusing and uncomplicated art crime mystery.

Stashing Your Art in a Tax Haven Can Be Dicey
(24 October 2015; Barron’s)
Not really an issue that I have personally had to face, but yes the Swiss are starting to audit their freeport.

King Tut’s wooden head suffers whiplash after school visit (Egypt)
(19 October 2015; Albawaba)
More on the story. This article says that it wasn’t the mask that leaned, it was the wooden bust.

African art needs to come home – and this is why
(21 October 2015; The Guardian)
Economic loss and identity loss.

Cusco strike: Archaeology-concession decree repealed (Peru)
(23 October 2015; Peru This Week)
The strikes have been effective, the decree will not go through.

Squatter busted by SFPD in art theft at vacant Presidio Heights home (USA)
(19 October 2015; KTVU)
The real question is what was this art doing in a vacant house?

Squatter ‘makes $300,000 by selling off art collection’ from San Francisco mansion (USA)
(21 October 2015; The Independent)
More detail on this case. $17m property was on the market and the fellow had forged documents saying he was buying it.

US asks to be re-elected to UNESCO board (USA)
(19 October 2015; DW)
The US is about $300 mil in arrears to the organization since stopping payments at the admission of Palestine to UNESCO in 2011.

How to Save Art From Islamic State (USA)
(20 October 2015; The Wall Street Journal)
I respect Anderson but I don’t agree with him. Such a system focuses on the objects and not the systematic problem. Sure doesn’t break up smuggling networks or protect sites.

As Monuments Men are honored, their foundation faces its demise (USA)
(21 October 2015; The Washington Post)
Another piece on the shutting down of the Monuments Men Foundation

Luke Brugnara Gets Seven Years in Prison for Art Fraud (USA)
(21 October 2015; ArtNet News)
After a strange trial, Brugnara is going to prison for dodgy dealings with a Degas bronze.

Drunk California man accused of spraying graffiti on prehistoric carvings (USA)
(23 October 2015; The Guardian)
Rock art of a big horn sheep was spray pained over by a drunk man who said he was mad at his boss.

Dispute over Venetian painting seized by Vichy regime resolved after more than 70 years (France)
(19 October 2015; The Art Newspaper)
The painting was seized from the Jaffé collection in 1942.

Christie’s to Auction Off Painting Looted During WWII as Part of Deal With Jewish Heirs (France)
(20 October 2015; Haaretz)
Another piece on the painting once owned by John and Anna Jaffe

Jean-Michel Basquiat Painting Worth $10 Million Stolen in Nasty Divorce Tug-of-War (France)
(20 October 2015; ArtNet News)
The theft and swift return seems to now be part of a divorce of the wealthy.

Nazi claims spur fight between Vienna and Krakow over Bruegel (Poland, Austria)
(21 October 2015; Financial Times)
Was the piece stolen from the Krakow Museum by the wife of a Nazi governor?

From Caravaggio to Graham Ovenden: do artists’ crimes taint their art? (UK)
(17 October 2015; The Guardian)
Should art that was produced or collected by a pedophile be destroyed? A UK judge things so.

Police hunting art thief after four paintings worth more than £1,000 stolen from library (UK)
(20 October 2015; Lancashire Telegraph)
It seems small scale, but how devastating for the artist and the community.

HMS Hermes thefts: Teynham man arrested (UK)
(23 October 2015; Kent Online)
The two men were found to also have artefacts thought to be stolen from other wrecks.

Traditional owners mark Uluru handback (Australia)
(25 October 2015; 9 News)
It is the 30 year anniversary of the return of this sacred place to it’s rightful Indigenous owners.

$75,000 wake-up call over fake painting (New Zealand)
(19 October 2015; Radio New Zealand)
The Alexander Turnbull Library ignored expert advice when buying the painting of a Maori man which has now been shown to be fake.

Editorial: Lesson for library in ‘fake’ purchase (New Zealand)
(23 October 2015; The Dominion Post)
More on the unhappy purchase of a fake by the Alexander Turnbull Library

The Attorneys General and the Motunui Panels (New Zealand)
(22 October 2015; Taranaki Daily News)
Some note on the legal issues associated with attempted return of these smuggled pieces.

Return of mummified statue urged before ‘birthday’ (China)
(15 October 2015; ECNS)
The “Buddha Mummy” has not yet been returned to China

Sosale mutt seer among three held for theft of silver chariot (India)
(25 October 2015; Deccan Herald)
Vidyamanoharatheertha Swami, the pontiff of Vyasaraja Mutt was arrested for theft of 23kg worth of silver objects from a temple.

ACM’s return of ‘stolen’ statue raises questions about artefacts leaving India (India)
(22 October 2015; The Strait Times)
What is the wider significance of the Subhash Kapoor returns.

Asian Civilisations Museum to return controversial Indian bronze sculpture (Singapore)
(19 October 2015; Today)
The piece, an Uma Parameshvari, is one of 8 stolen from a temple in Tamil Nadu and sold by Subhash Kapoor.

A Jailed Activist’s 3-D Models Could Save Syria’s History From ISIS (Syria)
(21 October 2015; Wired)
Well, kinda. Bassel Khartabil is a prisoner. His photo 3D models of sites are about to go online..

The Islamic State isn’t the only group looting Syrian archaeological sites (Syria, Iraq)
(21 October 2015; The Washington Post)
File this under “what we’ve all been saying for the past few years”.

Treasure hunters destroying precious Thracian relics in Turkey (Turkey)
(21 October 2015; Hurriyet Daily News)
The site of Heraion-Teikhos is being targeted by looters according to archaeologists.

Farmer faces arrest after refusing to tear down mock castle he built without permission and hid behind straw bales (UK)
(22 October 2015; The Independent)
Keeping his entire home hidden for 4 years? Wow.

Suspect Wanted in Connection With Wine Thefts Across Northeast (USA)
(22 October 2015; NBC Connecticut)
The police are looking for a man named Scott Deluca who is accused of going on a collectible wine theft spree.