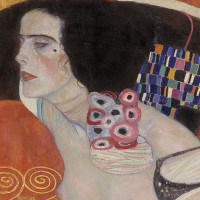 The Munich Art Hoard: Hitler’s Dealer and His Secret Legacy by Catherine Hickley
(18 October 2015)
This is THE book to read about the Gurlitt case.

Bad Luck, Hot Rocks: Conscience Letters and Photographs from the Petrified Forest by Ryan Thompson and Phil Orr
(15 October 2015)
A spectacular photo book of theft and regret from a US National Park. I love this book so much.

Art Forgers Beware: DNA Could Thwart Fakes
(12 October 2015; The New York Times)
A new authentication method which would have artists sign work with their DNA.

Collecting Art for Love, Not Money
(13 October 2015; The New York Times)
Let’s all hope the author is wrong about antiquities collecting being on the rebound.

UN to deploy peacekeepers to protect world heritage sites
(17 October 2015; The Guardian)
Hmm. When whole armies can’t protect these sites, some peace keepers will? And only World Heritage Sites? Will they help protect people too?

Antiquities officials charged with ‘spreading false news’ on Pyramid of Djoser (Egypt)
(11 October 2015; The Cairo Post)
A truly strange case, apparently making false statements to the press about ancient sites is criminal in Egypt. Maybe. “Charged” is the word used.

Probe opened into alleged graft in Grand Egyptian Museum (Egypt)
(13 October 2015; The Cairo Post)
Looking into claims of embezzlement of around $20m by foreign organisations involved in museum construction.

98 Valuable Islamic Lamps Looted From Historic Mosque in Cairo (Egypt)
(14 October 2015; Egyptian Streets)
They were taken from the Al-Rafa’i mosque and at least one has turned up at Christie’s for sale.

Egyptian Museum boss rubbishes reports of Tutankhamun gold mask damage (Egypt)
(18 October 2015; Ahram Online)
Khaled El-Enany denies media reports that the mask was knocked to the floor by students over the weekend. A wooden statue fell and the mask tilted.

Priceless treasure stolen from KZN museum (South Africa)
(15 October 2015; IOL)
Medals and other items from the Anglo-Zulu War were taken from the Talana Museum in Dundee.

Search for Dundee museum thieves continues (South Africa)
(16 October 2015; East Coast Radio)
No arrests have been made and police are appealing to the public for info about who stole the historic military medals from the Talana Museum in Dundee.

When is a knockoff a rip-off? An Atlanta artist finds the answer with a lawsuit (USA)
(12 October 2015; Atlanta Magazine)
A Chinese artist’s work is stolen by US companies and enters the cheap knockoff market; is awarded $900k in damages.

Crisis rocks Museum of the Aleutians (USA)
(16 October 2015; The Bristol Bay Times)
This case is wild. Did the museum director steal several Russian bibles or was she just absent minded? Archaeologists not impressed.

Shepard Fairey: ‘My goal was to make art by any means necessary’ (USA)
(16 October 2015; The Guardian)
The street artists is facing up to a 10 year sentence for vandalism in Detroit.

Legal battle continues over man’s claim to Yale’s Van Gogh ‘The Night Cafe’ painting (USA)
(16 October 2015; New Haven Register)
Was The Night Café stolen during the Russian revolution or is this a frivolous appeal?

Man, 69, arrested over possession of illicit antiquities (Greece)
(13 October 2015; eKathimerini)
The man had 715 coins, 5 vases, and an Ottoman manuscript

Pompeii’s pilferers punished with a curse from the gods (Italy)
(14 October 2015; The Telegraph)
We make fun, but this is actually a quite common thing around the world. I’ve documented it in Nepal and the US: antiquities returns because “bad luck”.

Polish painting looted by Nazis makes triumphant return after decades in Ohio (Poland)
(13 October 2015; The Guardian)
Note it was taken twice, first by the Nazi then by an American serviceman.

Swiss politician quizzed over Nazi-looted painting (Switzerland)
(15 October 2015; The Local)
The billionaire VP of the right-wing SVP, but is a piece in his art collection from a forced sale?

Stolen Roman head artefact returned to Vindolanda museum (UK)
(12 October 2015; Cumbria Crack)
Conscience. The stolen piece was placed by the door while the museum was closed.

Experts in the field of fakery (UK)
(13 October 2015; The Telegraph)
Mostly an advert for the show Fake or Fortune via art fake cases.

History wars: archaeologists battle to save our heritage from the nighthawks (UK)
(14 October 2015; The Conversation)
Illegal metal detecting and the threat to the English landscape.

Exhibition to remember one of the real-life Monuments Men (UK)
(15 October 2015; The Courier)
The exhibition of the work of Monuments Man and Fife artist William Gear will take place in Edinburgh.

Rare £6,000 work of art stolen in rural break-in (UK)
(18 October 2015; The Herald)
The piece, which shows a boat moored in Bellanoch Basin, was taken from Bellanoch Cottage near Lochgilphead.

Stolen Buddha still posing at National Gallery of Australia (Australia)
(16 October 2015; The Australian)
Passing the buck. The museum says the piece is now the property of the seller as the purchase price has been refunded.

Two Ancient Artifacts To Be Returned by Norwegian Collector (Cambodia)
(16 October 2015; Voice of America Khmer)
The 9th century Shiva head and 12th century head of a male were stolen from Agkor Wat during the civil war.

Ancient Watchtower on the Great Wall Harmed during Film Shooting (China)
(14 October 2015; CRIEnglish)
A film crew built a set on the great wall without permission from authorities and appears to have abandoned it.

Former Archaeological Survey director sentenced to jail for fraud (India)
(15 October 2015; Hindustan Times)
Amerender Nath was sentenced to 2 years in prison for forging around 100 receipts during excavations and claiming the reimbursements of those false expenses for himself.

Race against the raiders of Syrian antiquities (Lebanon, Syria)
(14 October 2015; Middle East Eye)
How Lebanon is dealing with antiquities being smuggled out of Syria

Largest database of stolen watches launched
(13 October 2015; Jewellery Focus)
The Watch Register, an offshoot of the Art Loss Register, is a database of over 50k timepieces for due diligence research.

Elizabeth Hurley Booted From V&A Museum After Selfie on 16th-Century Bed (UK)
(13 October 2015; Observer)
Even stars don’t get to mess around with museum obejcts.

Christopher Columbus gets ax to the head in Detroit (USA)
(12 October 2015; The Detroit Free Press)
The bust of Columbus was splattered with fake blood and an axe was taped to its forehead, presumably as a statement against Columbus Day.

‘Poisonous feud’ poses a tricky conundrum at the Sherlock Holmes Museum (UK)
(13 October 2015; The Telegraph)
A family fight turns to the courts as the woman behind the popular London museum attraction ages.