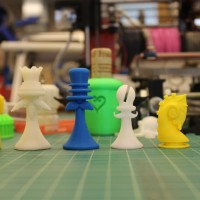 Shaky Ground by Elizabeth Marlowe
(11 September 2015; Anonymous Swiss Collector)
Our understanding of the most important aspects of Roman art suffers from a lack of context. My review of the new paperback edition of Marlowe’s book

Why Scientists and Scholars Can’t Get Their Facts Straight
(10 September 2015; The Atlantic)
Scholars disagree about the authenticity of the ‘Gospel of Jesus’ Wife’ because it has no context. It’s as simple as that.

This Ethiopian prince was kidnapped by Britain — now it must release him (Ethiopia)
(7 September 2015; The Guardian)
Seven year old Prince Alemayehu was captured and taken to the UK, his remains are in Windsor Castle and return requests have been ignored.

Algunas piezas robadas en museo de la UNSA eran de Camaná (Some items stolen from UNSA Museum were from Camana; Peru)
(11 September 2015; Diario Correro)
Some of the objects stolen from the museum had been seized from looters by communities and turned over for safekeeping.

Alamo guide acted quickly to stop vandalism (USA)
(4 September 2015; San Antonio Express-News)
A guide stopped a man from scratching his name on the Alamo with some keys. The man has been charged with criminal mischief.

9 Andy Warhol prints stolen from an L.A. business and replaced with fakes (USA)
(9 September 2015; Los Angeles Times)
More info on this story: apparently the Warhols were stolen in the past three years.

MU professor and research specialist head to trial over stolen artifacts (USA)
(8 September 2015; The Maneater)
The archaeologists are accused of taking artefacts from Umatilla National Forest and Wenaha-Tucannon Wilderness without permits; archaeologists should NOT be exempt from the law.

Bid to kill criminal counts against ex-Mayor Stephen Reed is ‘premature,’ AG spokesman says (USA)
(10 September 2015; Penn Live)
Many of these charges relate to the former Harrisburg mayor’s use of public funds to buy antiquities.

Art collector files to take Honolulu Museum of Art’s $880K lawsuit to federal court (USA)
(11 September 2015; Pacific Business News)
The museum sued the collector for giving them looted artefacts in exchange for an annuity, failing to provide them with promised provenance documents.

Stolen church windows to be returned to Queenstown estate (USA)
(11 September 2015; The Baltimore Sun)
This comes three years after they were stolen but the estate has paid $25k to the person who ended up with them.

Ancient artifacts yield a modern dilemma: What can be collected legally? (USA)
(12 September 2015; The Los Angeles Times)
A federal investigation over a preserved bow pulled from a glacier yields 30k ancient artefacts that were likely illegally taken.

The revised mission of the Green family’s Museum of the Bible (USA)
(13 September 2015; Tulsa World)
Continued questions about the origins of the Green Collection.

The International Fight Over Marcel Duchamp’s Chess Set (France)
(8 September 2015; The Atlantic)
The 3D artists made a printable version of Duchamp’s chess set using archival photos. Duchamp’s estate is not into that.

A Petition to Stop “Irresponsible” Restoration of Chartres Cathedral (France)
(11 September 2015; Hyperallergic)
The petition claims the 6-year restoration has irreversibly damaged the famous cathedral by literally painting over the age of the structure which may violate the 1964 Venice Charter.

Metal Detector Charged With Selling Artifacts From Murcia Via Internet (Spain)
(8 September 2015; Murcia Today)
The police focused their attention on artefact sales websites and traced them back to the sellers.

Painting stolen from church (UK)
(7 September 2015; The Beverly Guardian)
The thief reportedly tried to sell the painting at a market stall and the stall holder seized the painting.

Artist draws £15k art theft suspect from memory in bid to track her down (UK)
(10 September 2015; Southern Daily Echo)
This is in relation to the theft from an exhibition at Rookesbury Park Estate near Wickham

British Panel Urges Tate to Return Looted Constable Painting, Again (UK)
(10 September 2015; The New York Times)
The museum had reversed its earlier decision to return the painting to heirs of a Hungarian Jewish family after it was taken in WWII.

Painting of Royal Pavilion stolen from homeless artist (UK)
(10 September 2015; The Argus)
The unfinished work by Lee O’Leary was stolen as he slept.

Rosslyn Chapel panel ‘stolen from Great Tapestry of Scotland’ (UK)
(11 September 2015; The Scotsman)
The tapestry depicts 12K years of Scottish history and this panel was found to be missing.

Thieves make off with museum’s medieval coins (UK)
(11 September 2015; Edinburgh Evening News)
The coins may have been taken last month when management kept the museum open during a strike despite only having a skeleton staff.

Sculptures ‘disappear’ from Sir Antony Gormley’s lake installation in Australia (Australia)
(9 September 2015; The Telegraph)
At least two sculptures, valued at £180k each, have been taken and another damaged from the remote installation 500 miles from Perth.

Application to become an approved borrowing institution under government scheme approved. (Australia)
(10 September 2015; The Canberra Times)
The aboriginal pieces currently held by the British Museum are being leant under the Protection of Cultural Objects on Loan Scheme to prevent Indigenous Australians from claiming them legally.

The man who stole India’s past (India)
(7 September 2015; Rediff News)
A long read about the Kapoor case.

Antiquities robbers destroy 1,400-year-old church mosaic (Israel)
(8 September 2015; Israel Hayom)
The mosaics were taken from a Byzantine church and the suspects were arrested.

The religious and cultural heritage being ruined by Yemen’s war (Yemen)
(9 September 2015; The Economist)
The article argues that heritage destruction in Yemen isn’t part of the accepted narrative and thus is being largely ignored.

Poland treasure hunters ‘expelled from local history society’
(7 September 2015; The Telegraph)
The Lower Silesian Study Group is apparently “outraged” that the men have claimed the “train”.

Treasure-hunter obsessed by search for Nazi gold in Polish town dies after falling into a tomb he thought was packed with loot
(9 September 2015; The Daily Mail)
A group of men entered a cemetery to rob a tomb near the ‘Nazi Gold Train’ spot believing that they would find related gold inside. One fell to his death.