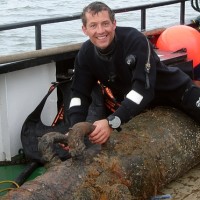 How to buy antiquities (General)
(4 September 2015; Financial Times)
A mix of useful and bad advice to potential antiquities buyers.

£1.5m ancient Greek statue looted from Libyan heritage site ‘must be returned’ (Libya)
(2 September 2015; The Independent)
The piece is from Cyrene and was smuggled into the UK in 2011.

Richmond man pleads guilty to complex Chinese treasure ‘gold’ scam (Canada)
(4 September 2015; The Province)
A man has pleaded guilty in a Vancouver court of an elaborate fraud that included the sale of fake ancient Chinese gold

Canada’s biggest art theft still unsolved (Canada)
(4 September 2015; Radio Canada International)
The Montreal Museum of Fine Arts was robbed in 1972, only one painting has been recovered.

Queenstown man won’t serve time in theft of $3.5 million stained-glass windows (USA)
(31 August 2015; Baltimore Sun)
It is still unclear exactly what happened in the case of the theft of these windows from storage in a Maryland shed

The True Report of a Former Getty Curator Lost in Scandal (USA)
(31 August 2015; Hyperallergic)
A punny headline. Is there a true True?

Rock art allegedly vandalized by college geology students (USA)
(3 September 2015; KSL)
The police are investigating the graffiti left at Chicken Creek Canyon, Utah. It appears to have been done by students of Ohio State University.

Utah park wants to educate, not prosecute, after defacing (USA)
(5 September 2015; The Columbus Dispatch)
Although it is likely the students broke federal law, the US Forest Service would rather educate the vandals rather than prosecute them.

Trailer full of artwork stolen in Palm Springs (USA)
(4 September 2015; The Desert Sun)
The trailer was filled with art from a Palm Springs gallery

Banner over OU football stadium to push return of stolen painting (USA)
(5 September 2015; Tulsa World)
The frightfully’ named “Americans for Limited Government” will be flying a plane over a University of Oklahoma football game to promote the return of stolen art.

Ancient Greek Coin to Be Sent Back to Greece from Switzerland (Greece)
(3 September 2015; Greek Reporter)
The silver octadracm was located in a Swiss auction in 2009. It will be repatriated in September.

Third Piece Of Legendary “Christ Trilogy” To Be Removed From Debrecen Museum After Talks Collapse With National Bank (Hungary)
(27 August 2015; Hungary Today)
The National Bank was meant to buy the piece to keep it from leaving the country, but hasn’t

Thief steals war memorial plaque featuring his great-grandfather’s name and tries to sell it for scrap (UK)
(31 August 2015; The Herald)
He was reported by a the scrap dealer but the plaques from the Orwell War Memorial in Milnathort have to be recast.

Visitors to Orkney’s Italian Chapel to be charged entrance fees (UK)
(31 August 2015; The Herald)
Following a tragic theft at the chapel, they are charging entry to pay for repairs

Britain has a ‘hidden’ art collection worth £3.5bn (UK)
(4 September 2015; BBC News)
A group is calling for a sell off of artworks in the Government Art Collection that are not on display

Diver jailed for fraudulently selling three cannon found in UK waters (UK)
(4 September 2015; The Guardian)
The diver has been given 2 years jail time for claiming that the cannon were found in international waters so that he could sell them.

Woman dressed as nurse wanted for art theft (UK)
(5 September 2015; ITV News)
Eleven paintings were stolen from the building; a man and a woman were seen acting suspiciously.

Millions of pounds worth of paintings stolen from the country mansion of cider heir found by ‘The Scream’ sleuth (UK)
(6 September 2015; The Daily Mail)
Thanks to the work of Charles Hill and Dick Ellis, 15 paintings stolen in 2009 have been recovered.

Who stole two Steele artworks (New Zealand)
(1 September 2015; NZ Catholic)
A PhD researcher is looking for these missing works: a pastel of the signing of the Treaty of Waitangi and a crucifixion scene.

Police investigating suspicious east Jerusalem tunnel adjacent to Rockefeller Museum (Israel)
(1 September 2015; The Jerusalem Post)
It is unclear why the hole was being dug next to the museum but the police think that an art heist motive is unlikely.

Rare Sarcophagus Discovered at Ashkelon Building Site (Israel)
(3 September 2015; Arutz Sheva)
Builders in Ashkelon found the sarcophagus then decided to hide it under metal sheets and poured concrete. They were attempting to hide that the build site was archaeological.

Canada returns seized Phoenician artifact to Lebanon (Lebanon)
(5 September 2015; CBC)
The glass bead was seized in Montreal in 2006 and has spent 10 years in legal limbo.

Fincham: Syria will need the culture that ISIS hopes to destroy (Syria)
(28 August 2015; Houston Chronicle)
Fincham argues that museums can support preserving sites in Syria (and elsewhere) by only acquiring antiquities with the permission of the source country.

More than 3,000 artifacts seized in Istanbul raid (Turkey)
(1 September 2015; Daily Sabah)
The objects were seized from a truck in Pendik port which was headed to the Netherlands

Dispute raises fears for one of world’s most unique art museums (Uzbekistan)
(31 August 2015; The Irish Times)
Was the director of this Nukus museum forced out for political reasons or was she involved in a forgery and theft scheme.