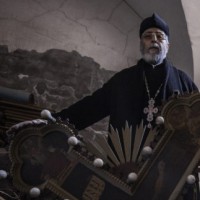 A new section for Culture Crime News. Hopefully a new book review every week. Get in touch if you have a book review suggestion.

The Dirty Business of Antiquity (Das schmutzige Geschäft mit der Antike) By Günther Wessel
(19 September; Reviewed by Jens Notroff)
An important book about the global illicit trade in antiquities with some major interviews. Reviewed in English, written in German.

Lights, Camera, Antiquities
(14 September 2015; Christie’s)
On collecting antiquities from collector Mark Farley. In own words is important for understanding the practice. “Whatever it is, buy what you want — there are no rules.”

Works of art — handle with care
(18 September 2015; Financial Times)
Apparently 60% of art insurance claims come from the works being damaged in transit.

Digging for antiquities, a dream to get rich fast in Upper Egypt (Egypt)
(13 September 2015; Egypt Independent)
Looting as a cultural activity with its own rituals

Tutankhamun’s mask to undergo restoration in October (Egypt)
(15 September 2015; Ahram Online)
This is following the disastrous and damaging ‘restoration’ a year ago.

La Laguna, de las zonas con mayor robo de piezas en museos: INAH (La Laguna, among the areas with the most robberies of museum pieces: INAH; Mexico)
(15 September 2015; El Sol de Durango)
The La Laguna region has had some of the highest incidence of museum theft in the country.

Couple Wants Money Back for Stolen Art (USA)
(15 September 2015; Courthouse News Service)
The collectors bought a painting that had been stolen by Johns’ assistant and are demanding compensation from the dealers who sold it.

Chalices, Bass Guitar and Cross with Saint’s Bone Stolen from St. Anthony of Padua Church in San Francisco (USA)
(16 September 2015; NBC Bay Area)
The tabernacle of the church was damaged and the contents were stolen.

Retired FBI Agent Recounts the Tale of a Stolen Meteorite From U-M Museum (USA)
(16 September 2015; Deadline Detroit)
The 60 pound space rock was stolen in 1998. The story of it’s recovery.

Antique Madera farm equipment stolen (USA)
(17 September 2015; The Fresno Bee)
The items were taken from a garage just before they were to be shipped to a French museum.

Church bell found after missing for months (USA)
(17 September 2015; KNOE)
The bell, stolen from Trenton Baptist Church in Louisiana, after it was recovered from an antiquities dealer

Bulgaria aims at improving legislation against artefacts smuggling: culture minister (Bulgaria)
(16 September 2015; Focus Information Agency)
In the wake of a high-level meeting on the topic in Sofia, Bulgaria plans to bring its legislation in line with its neighbours.

Reception to welcome back stolen artefacts (Cyprus)
(15 September 2015; Cyprus Mail)
These are the pieces seized from Aydin Dikmen in Munich.

German culture ministry tones down controversial cultural property bill (Germany)
(15 September 2015; The Art Newspaper)
“Now, the threshold to export paintings has been increased to 70 years and the value to €300,000. Works by living artists can only be categorised as national treasures with their consent.”

Otto Krebs Collection: Spoils of War or Plunder in Peace? (Germany)
(20 September 2015; Art Antiques Design)
The plundering of a non-Nazi German private collection in the aftermath of the war and Russian return refusal.

U.S. judge fines Russia $43.7 million in diplomatic feud over Jewish collection (Russia)
(13 September 2015; The Washington Post)
The Chabad group has fought for years for the return of the 12,000 books and 25,000 documents.

Judge probes use of four fake Goyas to fund Madrid hospital (Spain)
(16 September 2015; El País)
The fake pieces were meant to be used to raise money for an expensive and private hospital.

Wrexham sheep sculptures look for new home after two are stolen (UK)
(14 September 2015; BBC News)
Two of the five sheep were stolen and one was vandalised.

Gallery ‘sold artist’s paint spattered carpet’ as her own work (UK)
(15 September 2015; The Telegraph)
The studio where Angelique Hartigan worked has allegedly sold the dripped on carpets there as her paintings.

Bristol council to keep Renoir painting sold at Nazi-organised auction (UK)
(16 September 2015; The Guardian)
The Spoliation Advisory Panel has decided the piece was sold to pay a bank debt, not because of Nazi persecution.

War medals stolen from 90 year-old man in Shoeburyness burglary (UK)
(17 September 2015; ITV News)
Both the second medals and letters and photographs were stolen.

Theft of Medieval Coins From Scottish Museum Linked to Strikes (UK)
(14 September 2015; ArtNet News)
The National Museum of Scotland denies that keeping the museum open during the strike put the galleries at risk.

Tapestry panel stolen from Kirkcaldy Galleries has yet to be found (UK)
(17 September 2015; Fife Today)
The panel, one of 160 in the Great Tapestry of Scotland, is still missing.

Beauty, not folklore, may have been tapestry thief’s main motivation (UK)
(15 September 2015; The Courier)
The particular panel taken was dedicated to Rosslyn Chapel which features in the Di Vinci code, but it is unclear if that is why it was targetted.

‘We are heavy hearted’ — Great Tapestry of Scotland stitchers speak out after panel is stolen (UK)
(19 September 2015; The Courier)
Some of the 1000+ volunteers who stitched the tapestry talk about how the theft of a panel makes them feel.

43 artefacts smuggled out of T in 2014: NCRB (India)
(14 September 2015; The Times of India)
Particularly 12th century idols in Telangana are being targeted.

Smuggling India’s Antiquities (India)
(16 September 2015; The Diplomat)
‘Thieves may smuggle Indian heritage, but the inaction of policymakers can destroy it forever.”

Temple antiques up for grabs (India)
(16 September 2015; Orissa Post)
A theft from the Lakshmi Narayan temple near Dumduma has brought into focus the sacred art theft problem in Orissa

राधा-कृष्ण मंदिर से करोड़ों की मूर्तियां चोरी (India)
(18 September 2015; Inextlive)
Sixteen valuable idols were stolen from the Radha Krishna temple in the village of Saini. This is the 4th robbery at the temple.

4 theft cases reported in Capital (Nepal)
(16 September 2015; The Himalayan Times)
A trident and a bell were stolen from a Shiva Temple in Ujjwal Tole of Pepsicola.

Three arrested for stealing artifacts (Saudi Arabia)
(16 September 2015; Saudi Gazette)
They were arrested for a theft from a museum in Al-Ras Governorate.

Dennis the Menace statue stolen ten years ago shows up across country (USA)
(14 September 2015; BoingBoing)
But no one knows who took it or why it traveled so far.